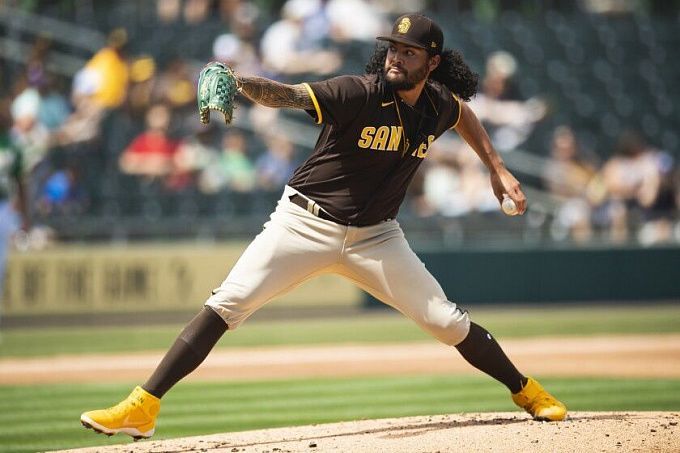 San Diego lost the first game of their road series to the Miami Marlins, 0-3. Will the Padres be able to get revenge in game two? We'll pick a few bets at once.

In the first game of the home series with San Diego, Sandy Alcantara did his best. The Marlins starting pitcher went seven full innings, striking out seven and allowing just four hits. Relievers Okert and Scott didn't spoil it. 3-0 – The Marlins broke their losing streak of four straight games. Don Mattingly's team ranks 10th in the National League standings with 13.5 wins behind the wild-card zone.

Starting on the pitcher's mound for the Marlins in game two of their series with San Diego will be Edward Cabrera, 3-1 and a 2.05 ERA in five starts this season.

The Los Angeles Dodgers haven't lost lately and are now 16.5 wins ahead of San Diego. So the Padres are left counting on making the playoffs on the wild card. Bob Melvin's team isn't doing so well there, either. The Padres are in the top 6 of the conference, but by a handicap of just 1.5 wins from their closest pursuer, which is currently the Milwaukee Brewers.

Sean Manaea will pitch for San Diego in the second game of the series with Miami, 6-6 and a 4.76 ERA in his 21st start in this league.

The score in the season series is 3-2 in favor of San Diego.

Things are not going as well as one would like for Sean Manaea with his new team yet. But San Diego has nothing to do but win as often as possible. Otherwise, the team risks not even making the wild card. The upcoming meeting is unlikely to be productive, the Miami Marlins are such a team that constantly plays the bottom, but San Diego is likely to be stronger in this pitching matchup.

Prediction: San Diego will win in a low-scoring match.