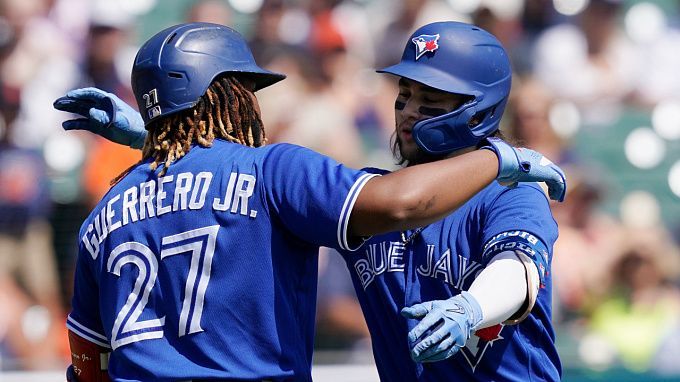 Milwaukee finished their home series against division rival St. Louis with a win and will now take on the top team from the other conference, the Toronto Blue Jays. How will the first game of the series end? Let's pick a few bets at once.

Milwaukee picks up an important win

Brewers lost to St. Louis 2 games of the home series, and there was no margin for error in the fourth game. Craig Counsell's experienced team didn't allow it. 6-4 – 3 RBIs scored by outfielder Tyrone Taylor. The pitching win went to starter Jason Alexander. The save went to Josh Hader, his 21st of the season. Milwaukee's closer is currently the best in the MLB.

Adrian Houser will be Milwaukee's starting pitcher in Game 1 of the series with Toronto, 4-7 and a 4.24 ERA in 13 games.

Toronto is second only to two teams in the conference

While Milwaukee approaches their series with Toronto as No.5 in the National League, the Blue Jays themselves are 3rd in their American League. Only Houston and the Blue Jays' Eastern Division rival New York Yankees are higher than Toronto.

In their last game, Charlie Montoyo's team defeated the Chicago White Sox (9-5) on the road, making up for their losses in the first two games of the series (7-8, 6-7).

Alek Manoah will pitch for Toronto in game one of the series with Milwaukee, 8-2 and a 2.00 ERA in 13 starts.

The last time Toronto and Milwaukee faced off in official games was in the 2017 championship when they ended the season series in a 2-2 tie.

Milwaukee had the toughest divisional series with St. Louis and will surely get some rest in the first game against Toronto. In addition, Alek Manoah will pitch for the Blue Jays, with whom the Canadian team has rarely lost on the mound this season.