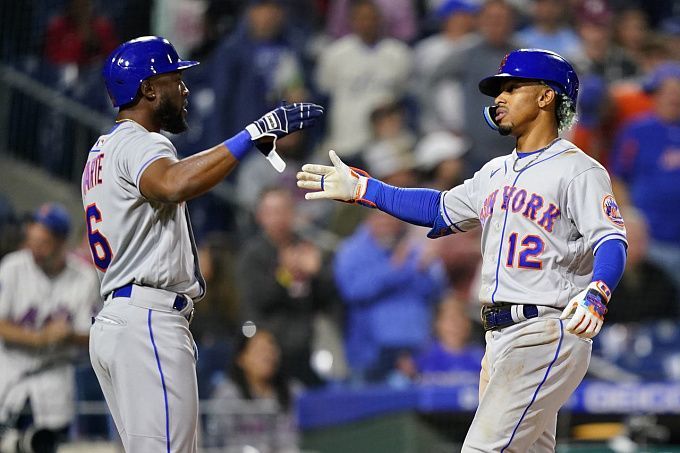 The New York Mets, leaders of the National League East Division, will play a home series against one of their main pursuers, Philadelphia. Who will win the first game? We'll pick a few bets at once.

This will be the first home game for the New York Mets since the road trip. Buck Showalter's team finished the road trip in San Francisco, where they lost in a very productive series to the local Giants, 13:3, 12:13, 3:9.

The failure in California did not prevent the Mets from remaining in first place in the division. The New Yorkers, with a 29-17 balance, are ahead by a margin. Atlanta and Philadelphia have 21-24 each.

Carlos Carrasco will pitch for the Mets in the upcoming game, with a 4-1 record and 3.50 ERA in eight starts in the new season.

Joe Girardi's team was in Atlanta with the Braves before traveling to City Field. The Phillies were unable to beat their division rival. However, they didn't let themselves be outscored either - 7:3, 5:6, 4:8, 4:1. Not a bad result for an away series with the reigning MLB champion.

When talking about Philadelphia, we inevitably talk about Bryce Harper. Last season's National League MVP missed a few games due to injury but is already back on the field. Harper already has ten home runs and 31 RBI this season.

The Phillies had just completed a tough encounter with Atlanta. At the same time, the Mets had an off day. Buck Showalter's team had flown across the country from San Francisco to New York the day before but had a full day to recover. The Mets look like a much stronger team than Philadelphia so far, and even if they don't work out defensively, they can always make up for it with great work on the bat. Pete Alonso, Francisco Lindor, and company are still in good order in the 2022 championship. The prediction is a win for the New York Mets in a productive game.