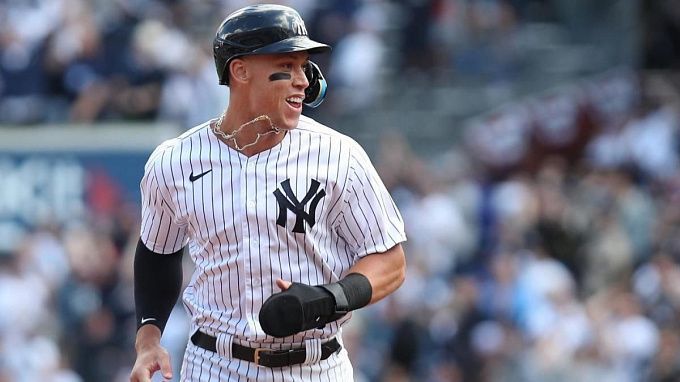 The series opener between the Yankees and Red Sox in New York ended in extra innings. The Yankees pulled out a 6-5 victory. How will the second game end? Let's pick a few options to bet on at once.

The Yankees showed off their offensive prowess

Despite the poor performance of starting pitcher Gerrit Cole, the Yankees were stronger than Boston. Relief worked well, but most importantly, the New York Yankees batters showed just how much potential they had. Anthony Rizzo had 2 RBI, while Gleyber Torres, DJ LeMahieu, Giancarlo Stanton and Josh Donaldson had 1 RBI each. And then there's Aaron Judge and Joey Gallo. The Yankees' lineup looks daunting.

Luis Severino will pitch in Game 2 against Boston. He pitched only four games last season and never started a game.

The Red Sox offense isn't as impressive as the Yankees lineup in terms of names, but in terms of efficiency, the Sox aren't particularly inferior to New York. RBIs had four players to their credit – Rafael Devers had two, Xander Bogaerts, J.D. Martinez and Alex Verdugo had one each. Kike Hernandez should also add a run.

The starting pitcher for Boston for game 2 of the series is Nick Pivetta. The pitcher finished last season with a 4.58 ERA and a 9-8 win-loss balance.

The Yankees have won seven of their last eight games against Boston.

It's hard to say who will win the upcoming game. The batting lineup of both teams performed great in game 2 and is unlikely to stop. So anyone can out-shoot the other here. It's likely to be a high-scoring encounter. Luis Severino is hardly ready to perform at his usual top level right now, and Nick Pivetta can't be described as a top pitcher in principle.