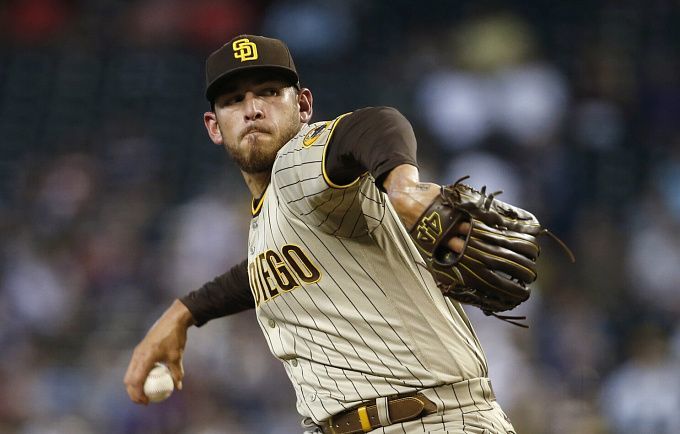 In the first game of the series at Petco Park, San Diego broke Pittsburgh in a tough struggle. Will one of the strongest teams in the National League handle the outsider more confidently in the Game 2? Let's choose several options for betting.

The first game of the series with Pittsburgh was an unexpectedly difficult one for Bob Melvin's team. The Padres were trailing 0-3 at the start of the 6th inning but still managed to come back and tie the game due to Profar and Hosmer and a 3-points home run by Luke Voit. In the eighth inning, the match was decided as Myers did a single, and Machado made the winning run. 4-3 - The Padres are in second place in the National League standings with a 29-16 balance.

Joe Musgrove will pitch for San Diego in the second game of the series, having only a 5-0 and 1.90 ERA so far this season.

Although the Pirates looked decent in Game 1 of the series in San Diego and beat Colorado at home before heading to the Padres, we can't say Pittsburgh is a serious threat this season. The Pirates, with an 18-26 balance in the National League standings, are behind two teams, Washington and Cincinnati.

The Padres took the first game of the series to get up to speed. They're likely to beat Pittsburgh in the second game with much more confidence. Bob Melvin's team had an excellent first quarter of the regular season, occupying deservedly second place in the conference, and usually has little trouble taking down inferior opponents like the Pirates. Especially with Joe Musgrove starting on the pitching hill.

The prediction is a solid win for San Diego.