San Francisco vs Miami: the Giants Cannot Lose to an Outsider 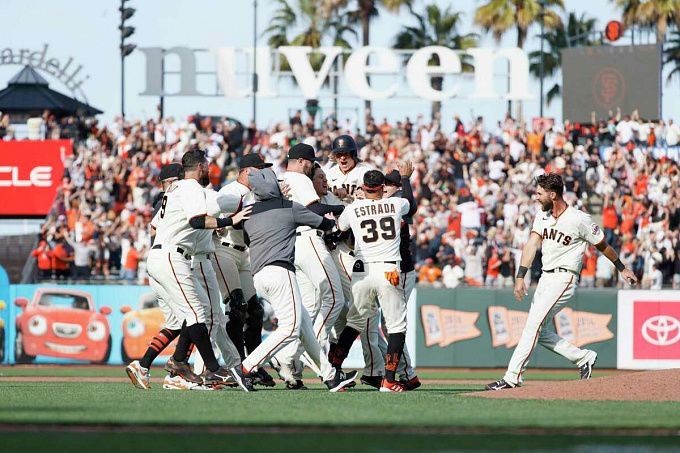 The Giants lost to the Marlins in the second game of the first season series. The third game is crucial in this regard. Will the Giants manage to get a win this time? Let's pick a few bets.

If in the first game of the series with the Marlins (6:5) the Giants' relief pitchers didn't play their best, giving up a lead in the ninth inning, in the second game it was the offense that failed. San Francisco batters managed to score only 1 run and the team lost 1:2.

Anthony DeSclafani will pitch for the Giants in the third and final game of the opening series of the season. The 31-year-old player is one of the best. DeSclafani has a 3.17 ERA and a posh 13-7 balance from last season.

Even if it remains the only game in the series with the Giants, last night's win is already a success for the Marlins. The Florida team was nowhere near the favorite in San Francisco, and having beaten the Giants even once, they can be proud of themselves. The deciding factor in the second meeting was outfielder Jesus Sanchez's single in the seventh inning, which brought third base Brian Anderson home and gave the Marlins a 2:1 victory.

Trevor Rogers is the name of Miami's starting pitcher for the 3rd match of the series. Last season, the 24-year-old pitcher had a 2.64 ERA and a 7:8 win-loss balance.

San Francisco, one of the top favorites of the season, can't afford to end its first championship series with a defeat at their home stadium, Oracle Park. Despite the difficult first games, it is worth admitting that the Giants' level is much higher than Miami's. The odds for a San Francis win in the 3rd encounter seem very high. Prediction: the hosts to win.