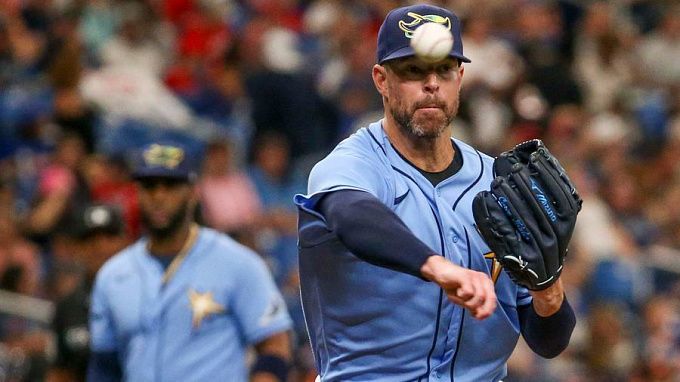 The first game of the American League East Division series between Toronto and Tampa Bay ended with a 4-1 win for the home team. Will the Rays be able to get revenge in the second meeting? Let's pick a few bets at once.

Toronto picked up another home win

After winning the first game of the series against Tampa Bay, the Blue Jays brought their home game balance to 24-15. It's the third-best record in the entire American League. Only Houston and the New York Yankees are better than Toronto at home. Overall, Toronto is 43-33 and also third in the conference standings.

The Blue Jays played great defense in game one of their series with Tampa Bay. Starting pitcher Yusei Kikuchi allowed just one run over six complete innings, with Adam Cimber throwing a save. Teoscar Hernandez and Santiago Espinal both hit two-run home runs at bat.

Starting on the pitcher's mound for Toronto in game two will be Jose Berrios, who is 5-4 and has a 5.86 ERA in 15 games this season.

Kevin Cash's already limited pitching staff has also been hit hard by injuries of late. Longtime pitchers Glasnow and Fairbanks are out, and now Drew Rasmussen has joined them. Manuel Margot, Kevin Kiermaier, Brandon Lowe, and Ji-man Choi are the hitters in the infirmary. In many ways, such a large number of absentees is the reason why Tampa Bay loses time after time to strong contenders and is still out of the wild-card zone. The Rays are only fourth in the AL East division with a 40-35 balance.

Tampa Bay's starting pitcher for the second game of the series in Toronto is the experienced Corey Kluber, 3-4, with a 3.45 ERA in 14 games.

The score in the season series is 2-2.

None of the four face-to-face matches between the rivals this season has turned out to be productive. There is a chance that the fifth meeting will also be like that. Half of Tampa Bay's roster is missing, including their top rebounders, so you can ignore the poor season performance of Blue Jays starter Berrios. Toronto's offense, on the other hand, will be tough against the experienced Corey Kluber. The Blue Jays will probably win, though.