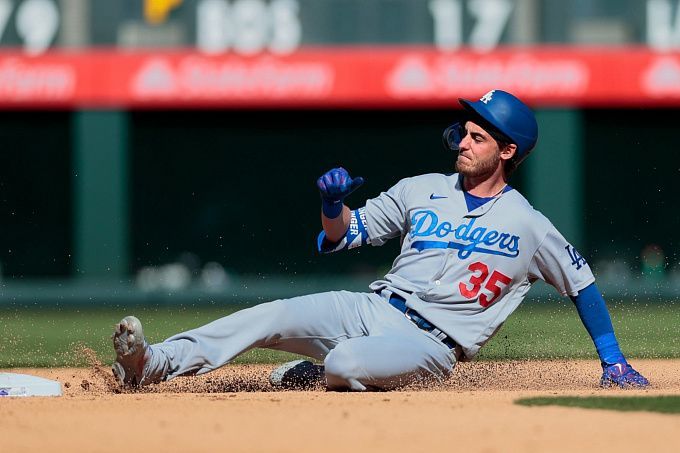 The National League leader, Los Angeles Dodgers, will play their next series on the road against Washington. Will the Dodgers manage to win the first game of the confrontation? We will choose several options to bet on at once.

Washington solidifies at the bottom of the standings

The Nationals won the 2019 World Series and went into a global rebuild after that. The first quarter of the 2022 championship shows it is far from over. Washington has won only 14 of 42 games and is approaching the series with the Dodgers not only in last place in the National League East Division but in the penultimate position in the entire conference. Only Cincinnati is below Washington.

Offensively, the Nationals don't have the worst result in the MLB. With a 3.88 runs average per game, Dave Martinez's team is at the top of the last ten in the rankings. Largely thanks to the work of their biggest star, right fielder Juan Soto, who has hit 8 home runs so far. Allowing 5.24 points per game on defense, Washington is ahead of only two teams – Cincinnati and Colorado.

Joan Adon will pitch for the Nationals in the series opener against the Dodgers, 1-7 and a 6.38 ERA.

Ahead of the series start in Washington, Dave Roberts' team was visiting Philadelphia, where they tried to close out the season series with the Phillies. However, in the deciding game, the Dodgers lost 3-4, with the overall score in the confrontation at 3-3. Joe Girardi's Phillies were stronger than LAD in the 2022 championship is fact and history.

The loss to Philadelphia didn't stop the Dodgers from remaining the best team in the National League. With a 27-13 balance, Los Angeles is one win ahead of NL West division rival San Diego Padres. The Dodgers are third in the MLB in defense with 3.21, but the offense with 5.49 is the best.

Tyler Anderson will pitch for the Dodgers in the upcoming game, 4-0, and with a 4.04 ERA.

After a tight series with Philadelphia, the Los Angeles Dodgers will surely unload psychologically in games against Washington. The teams' skill sets are not evenly matched. The Nationals' defense is very poor, so the Dodgers' high-powered offense will have plenty of opportunities to run wild on the at-bat. The Nationals, on the other hand, won their previous game against Milwaukee, and a second win over the contentious side is an almost unbelievable upset for the Nationals tonight.

Prediction: a solid win for the Dodgers.