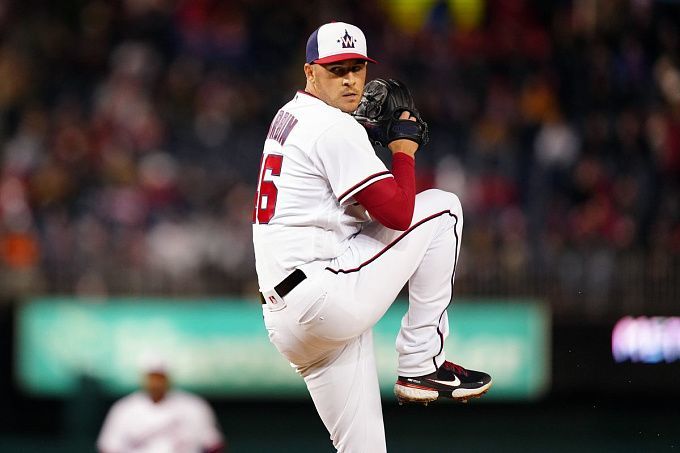 Independence Day in the United States is traditionally celebrated on the baseball field. In the 2022 championship, the big day opens with a game in Washington between the local Nationals and the Miami Marlins. Who will be stronger? We'll pick a few bets at once.

Washington lost all 3 games in this series

The upcoming meeting is the fourth in the series between the Nationals and the Marlins in Washington. Washington lost the first three 3-6, 3-5, 4-7. That's not a very good record, but it's not unusual for a Washington team this season. With a 29-52 balance, Washington is sitting comfortably last in the National League East Division standings, and only Cincinnati is behind in the conference standings.

Washington's starting pitcher for Game 4 against Miami is Patrick Corbin, 4-10, and a 6.06 ERA in 16 starts this season.

Miami getting their wins

The Marlins are a great capable team. Though, for now, due to a lack of experience, they can't battle their division leaders, the New York Mets and Atlanta, on equal footing. So the Marlins' only shot at making the playoffs this season may be to win as many games as possible against Washington, the NL East underdog. That's what Miami is doing successfully, leading the season series with the Nationals 10-1.

Starting on the pitcher's mound for Miami in the upcoming game will be Braxton Garrett, 1-3, and a 5.24 ERA in 5 starts.

The score in the season series is 10-1 in favor of Miami.

Washington is 1-10 behind Miami in the season series and needs wins just to save face. When else but on Independence Day would the Nationals beat the Marlins on their home field? Especially with the very experienced Patrick Corbin on the pitcher's mound, who has disappointing stats overall on the season but four wins in his last seven games.