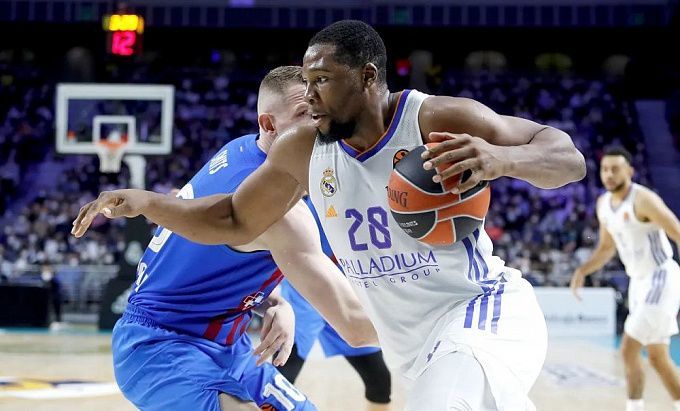 In the 2018 Final Four, one of the semifinals turned out to be an under - only 143 points. None of the participants in that match will be in Belgrade. The current players after that game did not play their semifinal matches of the Final Four with totals under 165.

Barça are not the highest-scoring club in the EuroLeague, but they're still averaging over 81 points per game, conceding75. We're talking about the regular season. In the series with Bayern, the Catalans' scoring rate was much lower.

Statistics tell us that Jasikevičius' charges don't surpass Real Madrid in assists, turnovers and steals, while the rebounding average is four fewer than the opponents per game. Nevertheless, in their 5 head-to-head encounters in different tournaments, Barcelona has beaten Real Madrid 3:2 on the backboard being better in assists by a margin of two to eight. It will be interesting to bet on Barça's minus assists.

Real averaged 78 points per 40 minutes of playing time during the regular season, conceding just over 74. Their players are much worse at attacking from distance and even worse at making free throws. This season's statistics confirm it: Barça has outscored Real Madrid from beyond the arc by two to six shots in four of its five games (the fifth game was a tie), while Barça has lost once on the shot clock and won four times by four to 17 points.

Both this season and previously, the rivals have played different games against each other - both over and under. However, in the EuroLeague, when the coaches have all the available players, Barça never scored less than 79 points against Real Madrid in the Jasikevičius era. Meanwhile, some bookmakers give 1.8 for the Barcelona's individual total over 78.5, which, by the way, is two points less than their season-long figure and at least seven points less than the Catalans have scored against Madrid in the current EuroLeague. I think that's a good place to start. As for the winner, six wins by the same team in a row is a bit much for my taste.