Bayern vs Barcelona: Munich unlikely to score many points as they are short of players 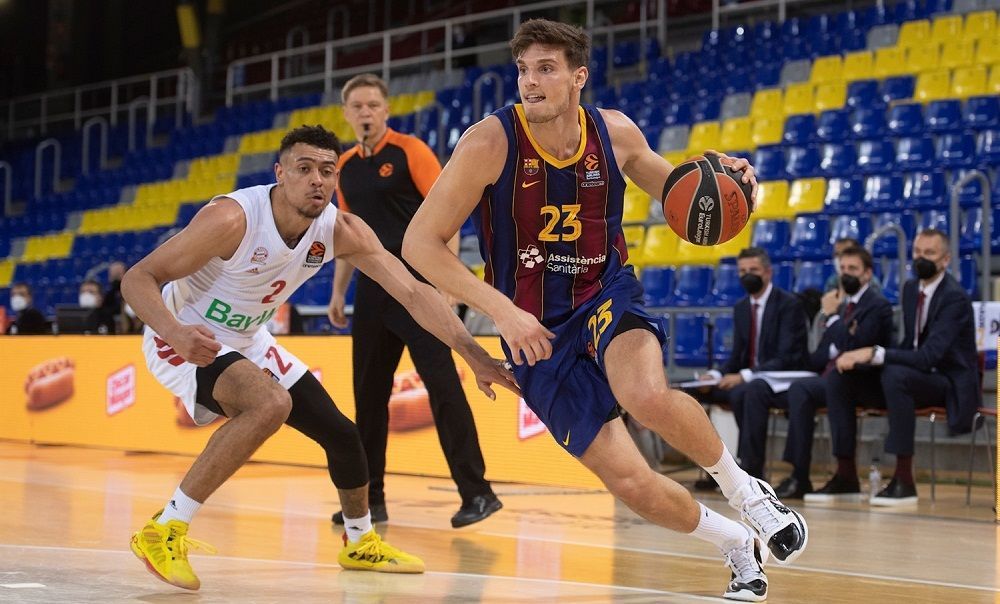 Bayern scored 90 points against Barcelona in last year’s Munich game. Of those, 69 were scored by players who won’t be in the German squad tomorrow. And if you also count Dedovic, whose participation is questionable, then 73. In general, there’s no one to score for a while.

Neither of them will participate in the Bundesliga clash with Bamberg on 3 October. Whether we’ll see them on the pitch on Thursday is a big mystery.

In Lukic’s absence, Bayern’s big men, Hunter, Rubit, and Thomas, took turns leading the team. Corey Walden tried his best to support them. Those were, in fact, all of Andrea Trinchieri’s men. In all honesty, neither Weiler-Babb nor Hilliard did not help the team in Tel Aviv. The only exception was the latter’s sudden six assists, something he hadn’t done for CSKA.

Having beaten Alba by 32 points, the Catalans went on to take on their rivals in the ACB league. However, since last Thursday, they had to play two games instead of one. However, none of the Barça leaders played even 20 minutes against either Bilbao or Zaragoza. So, they did not overwork themselves.

Jasikevicius’s charges bend his game, preferably attacking from close range, not overusing three-pointers, winning the rebounding battle against all, and defending their perimeter. Othello Hunter and Deshaun Thomas will be much more difficult to score points than in Israel. And who will be scoring if not them?

I have a feeling that Trinchieri, despite the lack of players, will come up with something again. Bayern are not Alba and shouldn’t allow themselves to go 90+. By the way, Barça have scored an average of 81 points in the Spanish league, and in two games out of five, they have not scored 80 points.

On the other hand, if we look at Barcelona’s six official games this season, we can see that only one of them has conceded more than 70 points. In the very first one, and not more than 69 since then. And Bayern have squad problems. So here’s what I’ve chosen: