CSKA Moscow vs Anadolu Efes: Each team has someone to pick up points 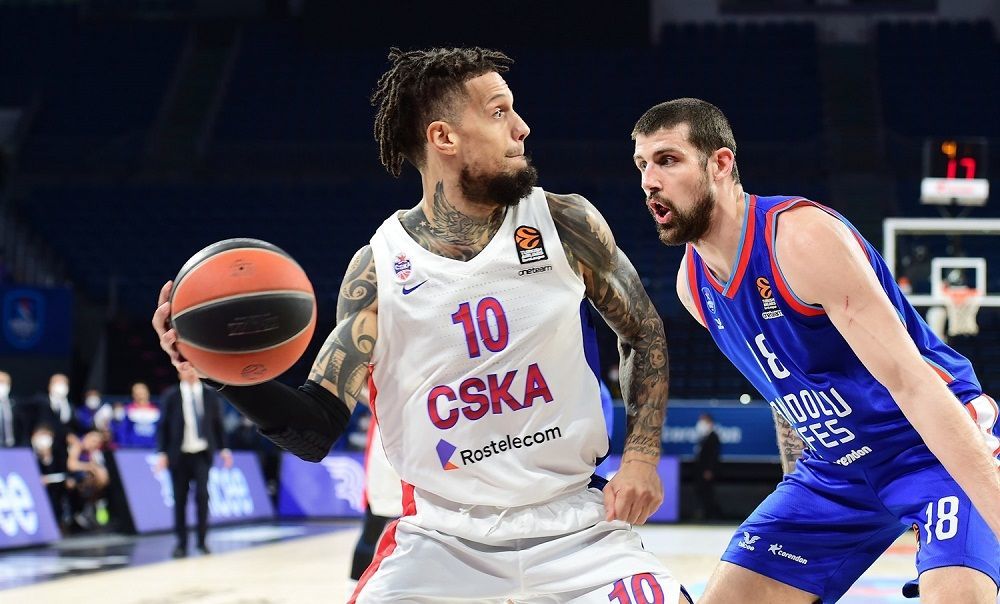 The two opponents once scored 60-odd points apiece. However, only the old-timers will remember that. Old-timers, on the other hand, know that Total Under 160 points in a game between CSKA and Efes is very rare. Especially in games between good CSKA and good Efes.

The Moscow team’s last two games in the series with Zenit were remarkably good. First, the Muscovites have been scoring a lot and at an excellent rate, which in games against Pascual’s team is difficult. Secondly, CSKA defended well against their opponent’s leaders.

We were pleasantly surprised by the physical form of Itoudis’ men. CSKA usually tend to go down in the second half, but here they looked fresher than their opponent and in the final quarter, they overwhelmed them.

Since the bookmakers have Efes as the clear favorite, it would be worth paying attention to CSKA’s plus handicaps. For example, the Moscow team's +6.0 handicap has odds of 1.8. It’s a very curious option. Well, if the Muscovites continue to play as convincingly as they did against Zenit.

Also, we’d like to talk about the Army team’s performance. In recent years, CSKA have only scored fewer than 83 points in the semifinals against Olympiacos, who have been super-slow and hyper-defensive. Efes may very well concede 80 or more as they’ve been outscored 80-83 three times in the series, once even in Istanbul. The odds of CSKA hitting an individual total of 79.5 are extremely high, and they’re offering 1.9 for that.

The Istanbul side also played two series in the Turkish Super League play-offs in anticipation of the Final Four. They didn’t play seven games, but five. Not only did they not lose once, but they also did not win a single game by less than 16 points. Only in one game out of five, they scored less than 96.

By the way, Turkey has a stricter limit than the VTB United League, so Ataman had to leave Simon, Beaubois, Dunston and Singleton and even Larkin out of the roster, given Shane’s Turkish passport. Only Micic played in all five games, but even he got on the court for six or seven minutes at times. All in all, Efes didn’t work too hard.

In the series with Real Madrid, Istanbul scored an average of more than 84 points a game. By the way, they nearly matched their regular-season output of 83 and a half points. Some bookmakers have given odds of 1.8 for Total Over 162.5. It’s also worth a closer look.

Well, it looks like both teams have everything in order with the attack, and if so, then we choose the following bets: