Content
To top
1.
Even after losing, Georgia advanced to the next round
2.
Spain without stars
3.
Head-to-head encounters
4.
Expert Betting Tips
Users' Choice
87 200 USD 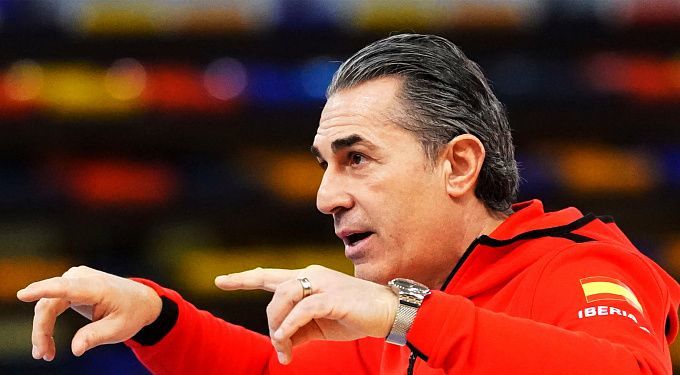 Spain's national team will play the next match in qualification for the 2023 World Cup in Tbilisi against Georgia. Will the Spaniards get their fifth win in a row in this draw? We will choose several options for betting at once.

Even after losing, Georgia advanced to the next round

In the first match of the summer part of the current qualification the Georgian national team faced the Ukrainian national team in Latvia at Arena Riga and could not give worthy resistance to the opponent. 66-79, as Tornike Shengelia scored 21 points, Spanish Murcia guard Thad McFadden scored 22 points. The rest of the team didn't even finish with 9 points.

Georgia played a weak game, although they still managed to extend their qualification route. The loss to Ukraine in this draw was only the second in five games for the team led by Greek specialist Ilias Zouros. In addition to Ukraine, Georgia lost their first faceoff to Spain, defeated the Ukrainians at home, and handled North Macedonia twice.

Sergio Scariolo's team has already secured a place in the next round, so they can afford to play the rest of the qualifying with a reduced lineup. But even without stars, the Spaniards proved their top class, defeating North Macedonia 80-44 in Zaragoza on July 1. The most productive player for Spain was Sebastian Saiz from the Japanese league, who scored 19 points. That says a lot.

The Spaniards won all 4 games in the current group tournament. Apart from the trip to Georgia, they will have a rescheduled match against Ukraine on July 7.

In the first round, Spain defeated Georgia at home with a score of 89-61.

The Spanish national team plays summer matches with a reduced roster, but even that, as the match with North Macedonia showed, doesn't prevent them from being an incredibly strong opponent. It looks like the national team of Georgia may have serious problems here. The class of the teams, even in their current form, is not comparable.