Content
To top
1.
Germany Secured a Place in the Next Round
2.
Poland Can Still Drop Out
3.
Expert Betting Tips
Users' Choice
44 200 USD 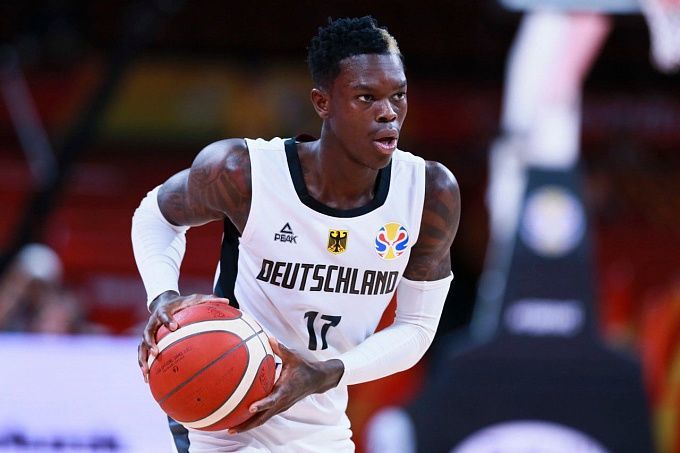 Germany will play the next World Cup qualifier at home, in Bremen, against Poland. Will the team confirm the status of the favorites by winning? Let's pick a few bets at once.

Germany Secured a Place in the Next Round

After five rounds of the second qualifying stage, Germany has four wins and only one defeat. Under the Canadian expert Gordon Herbert, the ex-head coach of Avtodor Saratov, the team unexpectedly lost to Estonia at home. However, they defeated Israel twice and beat Poland and the Estonians on the road, taking convincing revenge.

The victory over the latter happened on June 30. 88:57 - Christian Sengfelder had 23 points; Isaac Bonga had 14 points, seven rebounds, and Dennis Schröder made nine assists.

Poland Can Still Drop Out

The Poles may not enter the next qualifying round if they lose to Germany. They have the same points at the end of five rounds as Estonia and Israel. Again, if they lose to the Germans, the Poles will depend on the outcome of their head-to-head match. The team has failed 3 out of 5 games, only beating Israel in overtime and the Estonian team by two points, both at home.

The best player of the team's previous match, under the Croatian Igor Milicic, against Israel (90:85 (75:75)), was the ex-player of St. Petersburg Zenit Mateusz Ponitka with 23 points, nine rebounds, and six assists.

Poland has fought hard against Israel and Estonia, so the Germans, one of the most underrated and strongest teams, won't have any problems beating the Poles at home. The match will unlikely be productive, given that the German point guard position is on Dennis Schröder, but they will still win. If not by offense, then by the defense. The prediction is Germany's victory in an under match.