Maccabi vs Bayern: Bookmakers consider the hosts stronger & they are wrong 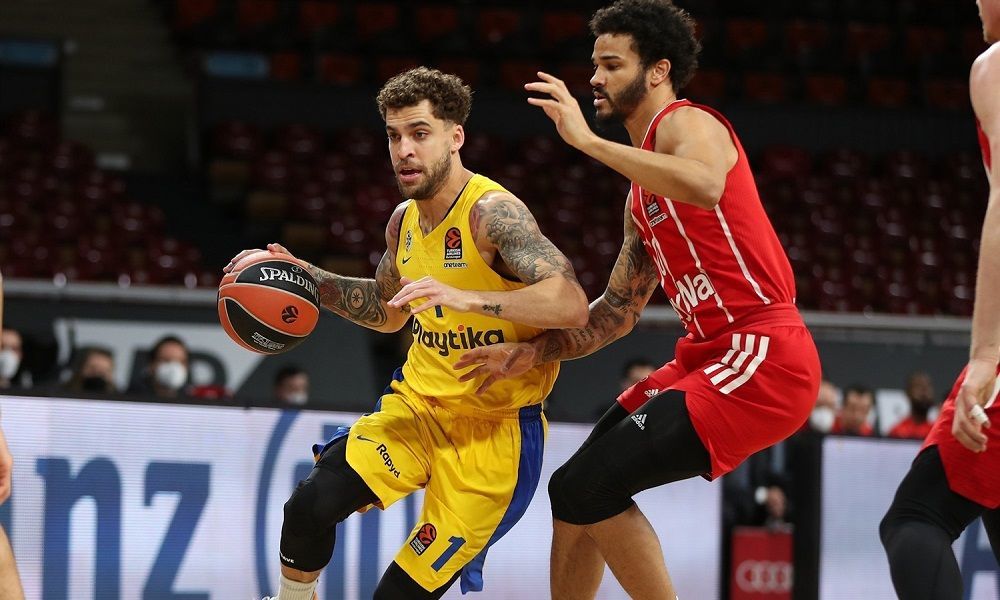 If anyone expects Maccabi to win the Euroleague matches consistently, at least in the regular season, it's not going to happen anywhere soon. As long as there are Sfairopoulos but no money, the team still has little chance of making the playoffs, especially with the so-called reinforcement this summer.

In a crisis for a long time, the great club lost many players in the offseason. In particular, Othello Hunter, Elijah Bryant, and Tyler Dorsey left the team.

Maccabi's newcomers are almost entirely familiar faces and great players. Familiar and cool, however, does not mean useful. It's almost as if the unstable Scottie Wilbekin has been specifically matched up with them. Derrick Williams, Jalen Reynolds, and James Nunnally can put on a real show on the court, but they are just as good at getting lost and doing nothing. Also, all three are great at hurting their team, and on a consistent basis. Maybe that's why they don't stay anywhere for long.

A fairly consistent big man, Ante Zizic, got injured. Mathias Lessort will take his place for a while, another big-name player who’s either helping or hurting the team. Anything can happen.

Anyway, Maccabi is enjoying their time in the Israeli Basketball Premier League, humiliating their opponents as usual. They've played three games, winning all of them by a total of 65 points. Sometimes Wilbekin is not even necessary for such victories.

Last season's surprise team has also undergone a lot of changes. In addition to the already mentioned Reynolds, Baldwin, Seeley, Gist, and Johnson left Munich for different reasons. Paul Zipser is also not on the roster. May he be in good health.

They were replaced by Othello Hunter (such a switch), Hilliard (it will be interesting to see two more former Army players on the same team), Deshaun Thomas, and Augustine Rubit. Well, Andrea Trinchieri is famous for his ability to make good teams out of what he's given. Plus, Lucic and Dedovic are still there, so the German club is surely going to put up a fight.

Just the other day Bayern played their first game of the Bundesliga regular season and lost in overtime to Ratiopharm with the score of 83-86 (75-75).

Last season the Munich team managed to win in Tel Aviv for the first time in their history. It was a hard-fought game. Both games in the last season, however, saw the outcome decided in the final seconds.

The bookmakers consider the home team the favorite, however, the Israeli club does not seem superior to Bayern at the moment. Well, except for the spectators, but Trinchieri will only be more excited. A plus handicap for the visitors is not a bad choice in my opinion. In addition, matches between these rivals are rarely with many points scored. Here are the betting options: