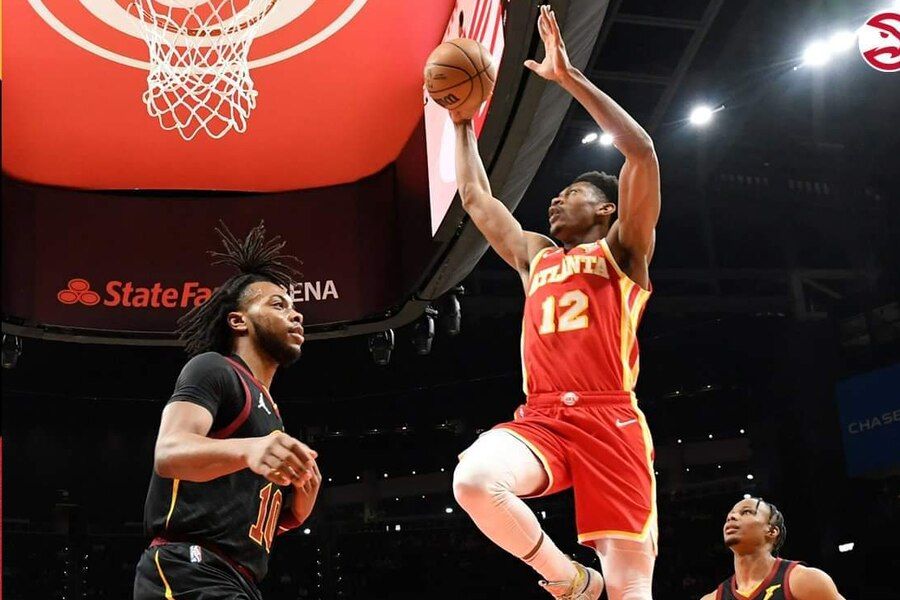 The NBA has its own twists and turns and that makes it hard to analyze the outcome of the games many times. The analysis runs into tricky territory especially when we gauge how struggling teams will fare in a particular game. The records can be misleading and many times, teams with worse records pip the squads with better squads. And can we see a similar outcome when the Atlanta Hawks host the Cleveland Cavaliers?

Battle of the East

The Hawks have had a rather underwhelming season considering how they finished as the Eastern Finalists last season. The team is lingering at the ninth or tenth position for most parts of the season and the major issue has been the inability to win against elite teams, especially away from home. Whatever be the case, the team has been on a three-game winning streak and their offense has been usually clicking and especially when Trae Young is stacking up 30 points or more. Bogdan Bogdanovic has been a terrific scorer at the off-guard position, getting it done as the off-the-bench scorer while Hunter has been a decent scorer too at the wing. Kevin Huerter has had a solid season whereas Clint Capela continues to be a huge factor on the rebounding end and as the paint scorer and defender.

Cavaliers have lost their way

The Cavaliers were in a prime position to notch at least a top-five spot a few weeks ago but things have changed for the Darius Garland-led team. The injury to Evan Mobley has dismantled the team balance as he brought a lot of stability on the defensive end whereas an injury to Jarrett Allen earlier also has hurt the team’s defensive end a lot after the Cavs had established a defensive identity through their two-Center, two-Foward, and Point Guard lineup which has a lot of size. The offense has been inconsistent throughout the season for the team but Darius Garland has done all in his capacity to keep the team floating. Markkanen has had some solid nights but Kevin Love has been a bit up-and-down these days. The Cavs have lost four out of the last five games and have fallen into the Play-in tournament territory.

Points Range: The Hawks on average a better offensive team than the Cavaliers considering their shot creators, especially Trae can go for big nights. The Cavs' defense has fallen off and after not letting teams close to 110 points for most of the season, they have given up 120 or so on a regular basis. Caris LeVert has been mostly off from the field but he had a big night against the Mavericks, going for 32 points in the last game. Can he replicate the performance in a back-to-back situation? The Hawks will be also revved-up at home and rearing to go on the offensive end. I believe the total points range here is 220-230.

Prediction: The Hawks and the Cavaliers both played last night but the Hawks will be coming in with more confidence after a win away from home while the Cavs lost at home, although both teams faced opponents of different qualities so that is also a reason for the win and loss difference. It will be interesting to see how the Cavaliers respond here after getting beaten at home last night and coming up against a quality home team. I see a close battle but the Hawks close out a 119:112 win eventually.