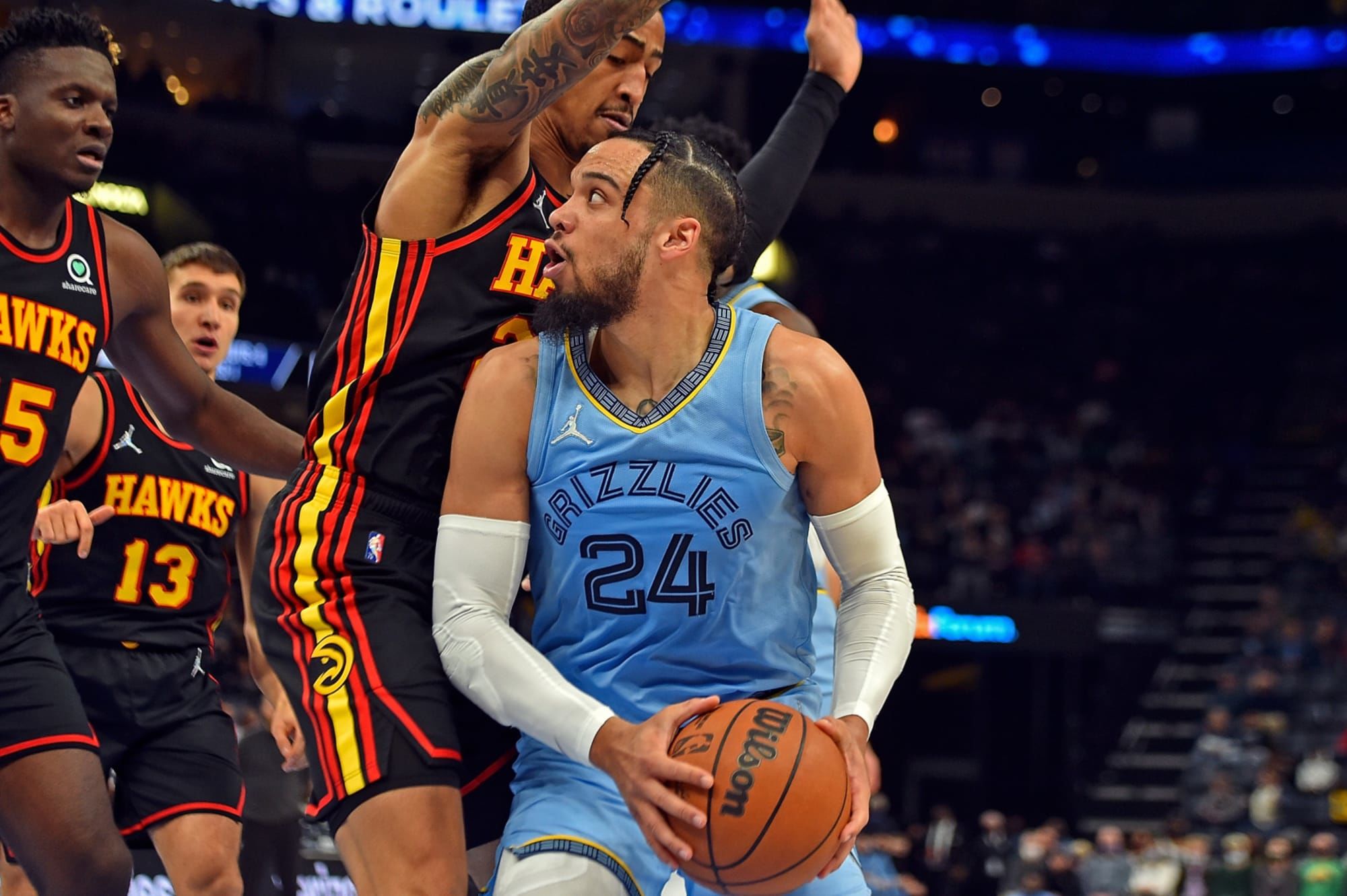 NBA betting scenario is incredibly tricky and even if you undertake a thorough analysis, there is no guarantee of getting the predictions right. Why? This is a long season and each team plays 82 games, and yes, the bookmakers more often than not will get the favorite rights but hey, you never know when the wheel of fortune can turn anytime. However, there are teams like Phoenix Suns, the league’s best record-wise that keep on making hay and one other team that has continued to be an elite one in the Memphis Grizzlies will take on Atlanta Hawks.

Hawks have been too inconsistent this season

The news of John Collins being ruled out long-term is bound to hurt the roster make-up of the Hawks. The team is already having trouble keeping up the winning train and their record keeps hovering around the 50% win mark. This is why the Hawks have been lined up in the ninth or tenth position for the most parts in the recent windows and this problem has been exacerbated with the rise of the Nets and the improved play of the Charlotte Hornets. They have won three out of their last four games and all of these wins come at their home floor. The Hawks have been rather above-average at home, winning 22 of their 35 games at home.

The other issue is the team’s overdependence on Trae Young and if he is having a cold shooting night then they are bound to lose the game 90% of their games. While Bogdanovic, Huerter, and Hunter have provided more than decent scoring but they have been highly inconsistent. While Capela has improved his scoring and rebounding over the season, they have been struggling to keep afloat on the defensive end. And against squads like Grizzlies that are the elite teams, the Hawks have been unable to win. Their upcoming schedule mostly features below 40% of teams so perhaps the team can make a push towards the ninth spot.

Grizzlies are one of the deepest teams

The Grizzlies have fielded one of the deepest teams in the league and their claim to the second-best record in the West only becomes solidified as the Warriors have lost Stephen Curry for the long term. They have been a highly successful team away from home, another area where they have the edge over the Warriors. The Grizzlies are on a four-game winning streak and this is a squad that has been on these winning runs constantly throughout the season. The upcoming schedule for the Grizzlies features seven of their 12 games at home and although the schedule isn’t easy, the Grizzlies have been highly successful against elite teams.

With Ja Morant at the helm, there is a lot of scoring and playmaking at the team’s disposal. Meanwhile, the biggest factor on the defensive end has been Jaren Jackson whose ability to remain on the floor will become even more determinant as the Playoffs will come knocking at the door. Steven Adams is one of the best rebounders in the league while Desmond Bane and Dillon Brooks are high-scoring options. With a bench of Brandon Clarke, Tyus Jones, De’Anthony Melton, Kyle Anderson, and Ziaire Williams, the Grizzlies have a lot of versatility. The Grizzlies are packed with talent and their road to deep Postseason run is promising.

Assuming these players are available, below are my player-based props prediction:

Points Range: At home, the Atlanta Hawks can surely put up a ton of points especially when Trae Young keeps it going. On the other hand, the Grizzlies have had no trouble producing high-quality offense whether at home or away from home and since they are one of the best fastbreak teams, they can put up quick points. Defensively, the Grizzlies have been a better team on average than the Hawks. The Hawks can struggle against the tough defense of the Grizzlies here. I believe both teams will score at least 110 points and the total points range can be 230-240 here.

Prediction: The Grizzlies have been a power-packed team throughout the season and their ability to nab wins away from home has elevated them to elite status. The Hawks have been much more effective at home but elite teams can give them trouble and with the prolonged absence of John Collins, their team balance can be hurt which will spell trouble against athletic Jaren Jackson. I see a balanced scoring effort from the Grizzlies here and they will win this 121:115 in my opinion.