Atlanta Hawks vs Miami Heat: Are Hawks figuring out? Heat are already in sync 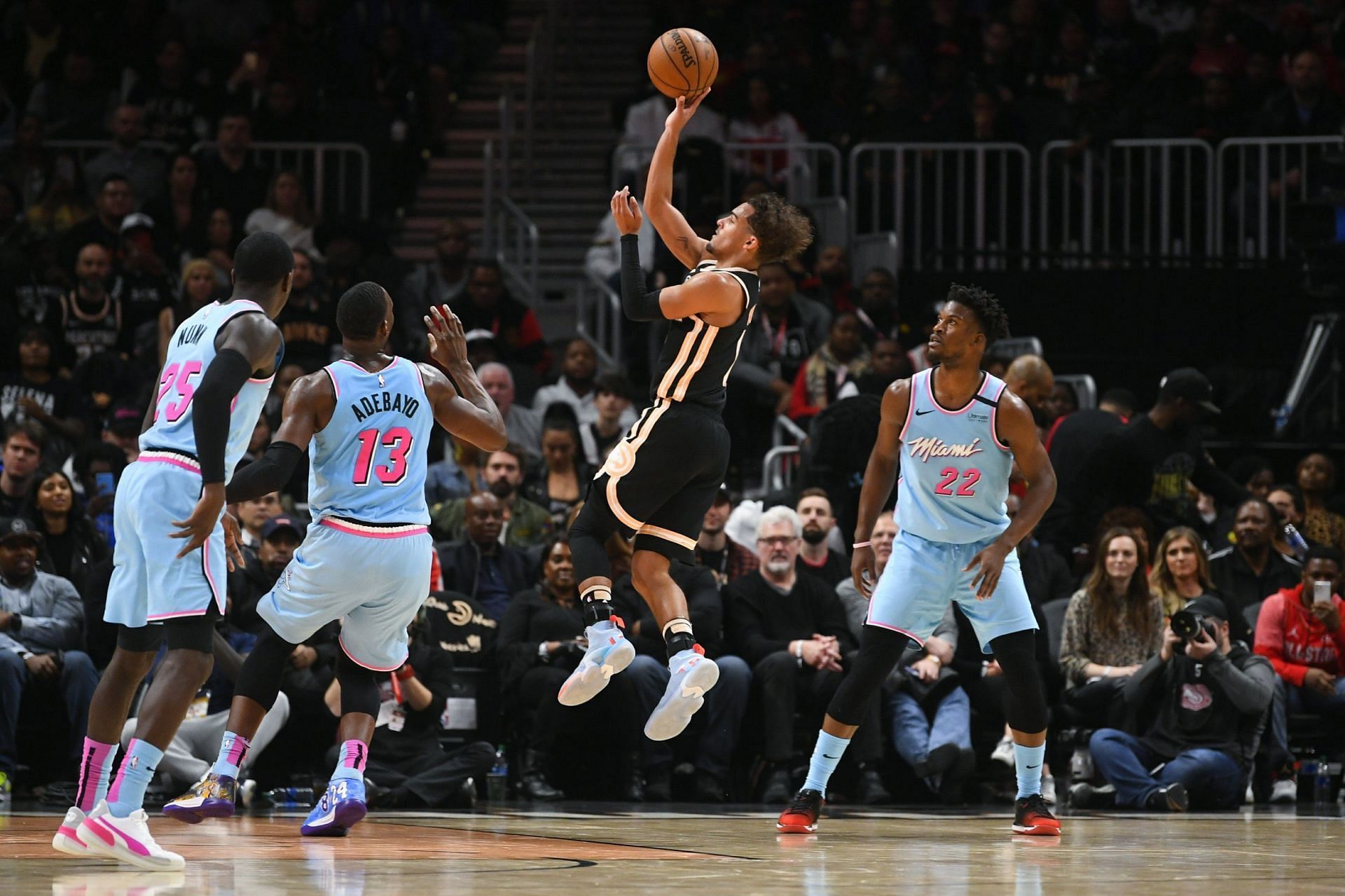 NBA betting has been in full flow since the beginning of the season and in such a lengthy season, you will of course see varied scoring lines, diverse results, and the job to predict becomes even more tenuous as the tide turns with exhaustion building up, injuries bundling up and the existing COVID-19 threat. And as the trade deadline heads near, you can also see multiple teams engaging in the trade scenario. And in this game, two Eastern Conference squads in Atlanta Hawks and Miami Heat. The Hawks have compiled 19 wins and 25 losses, winning the last two games against the Bucks and the Timberwolves. Meanwhile the Miami Heat has been faring much better, winning 29 and losing 16 games so far this season. The Heat have won seven games and have three losses this month, and this has been the case during many windows. The Hawks are going through a difficult season after making the Eastern Conference Finals last season and this season they are still looking for a big-time spark. On the other hand, the Heat has showcased the depth all season long and continue to rise in the much improved Eastern Conference. The Heat has beaten the Hawks twice this season, and Atlanta lost the last home game against Miami. Can the Hawks figure out a way to beat the Heat this season? For my game result and total prediction, go to “Expert Betting Tips”.

Hawks have been struggling, Heat’s bench is superb

What trajectory will Hawks take?

The Atlanta Hawks have not infused their fans with a lot of confidence in the team and sometimes the team has flat-out looked uninterested on the floor. They did turn around their last season around the midseason window but this season, they are not looking as sharp, especially on the defensive end. Thanks to Trae Young, the Hawks have been able to at least get close to a 40% win record as the one-guard has willed the team to victories through his big time offensive performances throughout the season. The bench production has been up and down for the Hawks but yes, this dependence on Trae has hurt the team too because when he doesn’t have a big night, the likelihood of an Atlanta win reduces significantly.

I think the major trouble for Atlanta has been the lack of effort and getting down by a big margin early in the game. Yes, with Trae they can mount up an effective offensive attack with John Collins at the big Forward, Hunter at the wing and Huerter as the second guard, but the team has been largely held back due to their defensive effort more than anything. If the Hawks don’t develop a winning streak during the current January window, I feel the team will make some trades.

Heat has the depth to survive player’s absences

Miami has been one of the deepest if not the deepest team in the league. When Jimmy Butler and Bam Adebayo were absent for a long time, the Lowry-led Heat along with Herro, Robinson, Strus, Yurtseven, Dedmon, Tucker, Vincent, and Martin did a terrific job of winning around 60% of the games, taking care of the business against elite teams too. This superb knack for winning games without two of your key players key also means that now when they are back, they have inherited a stable scenario and now with Herro and Lowry missing from the scene, Adebayo, Butler, Tucker, Robinson, Vincent, Strus, Martin, and Dedmon in the mix, the Heat can still field a substantial attack.

What can this lineup accomplish? Well even if Butler has had his offensive struggles due to injuries, he gives all-around production and some superb defense. Adebayo is also a two-way threat, Tucker has knocked down shots and of course, he is one of the best defenders in the league. Martin and Strus can hit open jumpers and spread the floor for the team. Dedmon brings rebounding and paint production off the bench. Vincent can be an offensive option too and overall, the Heat has a lot of bench strength and they have used it well.

Points Range: The Hawks have been a high scoring team throughout the season and they have been scoring 110 or more on a regular basis. This is usually the case when the team’s primary playmaker and scorer Trae Young scores around 30 and dishes 10+ assists. On the other hand, the Heat has scored 104 in each of the last two games, and with Herro out, the offense has been stalled just a bit. Still, with Butler, Adebayo, Strus, Robinson, Martin, Strus, Vincent, and Dedmon, the Heat can get around 110 or so against a vulnerable Hawks defense. The Heat put on 124, 115 in the last two meetings between the two just a week or so ago. The Hawks defense has leaked 110+ even in their wins and one thing is for sure, the team is among some of the worst defenses in the league. I think the Heat will at least go past 108 here. On the other hand, the Heat has only conceded 99 and 92 in the last two contests but yes, those teams were not on the offensive level of the Hawks. I think they will score around 105 here if anything. I believe the total points range here is 210-220.

Prediction: I think the Hawks will face a lot of resistance from the Heat here, and I believe this can be the game where Bam Adebayo(if he plays) will go for a big-time effort. I see John Collins struggling compared to earlier games against a sustained inside defense by Adebayo and Tucker, both of whom are competitive defenders across the boards. Also, I think the Heat will receive a boost from someone like Strus or Martin here, keying on long-range jumpers. I think the Heat has a 63% chance of winning this. I believe Miami will prevail 116:104 here.