Atlanta Hawks vs Miami Heat: Struggling Hawks will find it difficult at home too 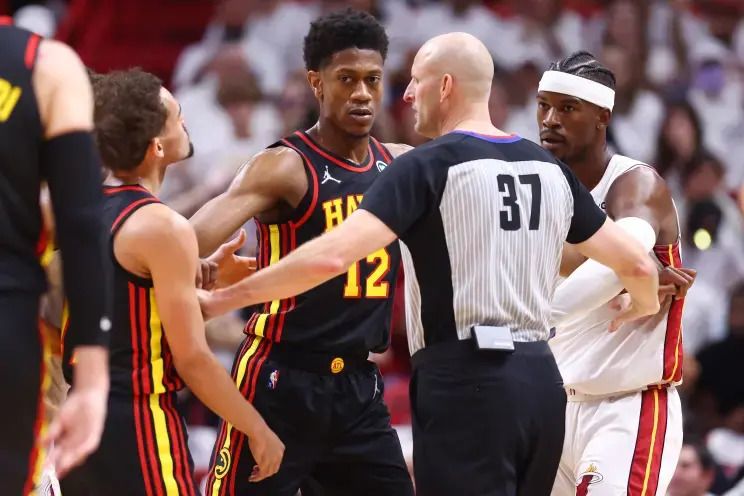 The Atlanta Hawks have been choked out of thin air by the elite defense of the Heat in the first two games. And as the Playoffs rage on, they will host the Miami Heat for the third game in the Eastern Conference QuarterFinals. Trae Young has been struggling to get going, will he able to recover some of his form in this game?

Being down nil-two against the team that finished at the top of the conference doesn't really paint a hopeful picture but with two games on their home floor, the Hawks will look to extract something special to at least nab a win. The perimeter defense of Kyle Lowry alongside constant double-teaming has taken the air out of the offensive balloon of Trae Young and he has turned it over 16 times in two games while shooting not even 20% from beyond the arc.

For the Heat, Tyler Herro has been unable to get one of his big 20 points performances but Jimmy Butler's 45 points effort in the last game surely makes the rest of the East fearful at this point. The Heat offense hasn't seen big contributions from Bam Adebayo either, who is grappling with an injury but overall, their defense has been terrific. However, they will ultimately need Herro to come to his old ways.

Bogdan Bogdanovic had 29 points in the last game and he was the most effective option in the second half for the Hawks. John Collins' return helps cover up the loss of Bam Adebayo while DeAndre Hunter has been a dependable scorer. The Hawks have shot poorly in the crucial junctures and that is why they are lagging behind at this point. Can they recover some rhythm here?

Assuming they are avaialble, below are my player-based statistics predictions:

Points Range: The Heat has been able to keep the Hawks from developing a rhythm on the offensive end, especially from beyond the arc. The idea of double-teaming Trae early into the shot-clock has made the Hawks shoot late into the clock and that has created a lot of misses. On the other hand, the Heat hasn't been stellar but despite that, they have seen some tertiary scoring options like Duncan Robinson and PJ Tucker stepping it up, especially in Game 1. Butler did score 45 in the last game but Tyler Herro will be raring to go here. I believe the Heat will face a strong run from Hawks early in the game but later in the game, getting it together. I believe the total points range here is 220-230.

Prediction: The Hawks are down nil-two, not a surprise considering how much they struggle away from home. At home, the Hawks are phenomenal and have taken care of business even against elite teams. However, I see the Heat's bench taking control alongside Butler and Lowry here. I believe the Heat will win 120:115.