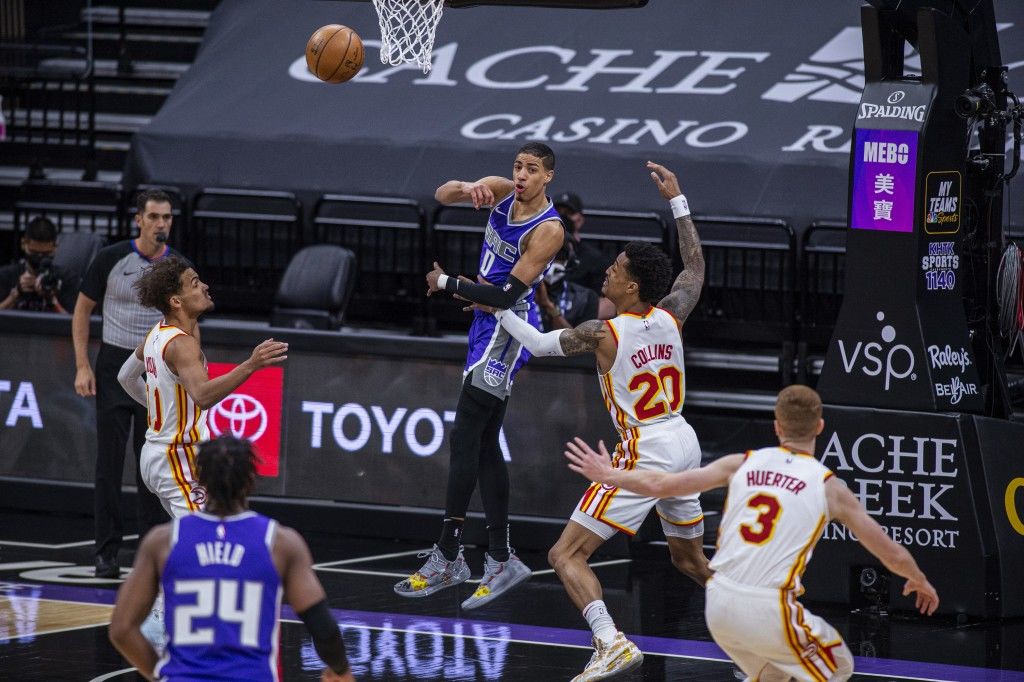 The NBA midseason window is in full swing and hey, we are just a couple weeks away from the trade deadline. What does this mean? Well, it can spell lineup changes as some teams engage in exchange of players and picks. Keeping this in mind, don’t be surprised if some big-time player is traded away soon and these big time trades certainly cause ripples throughout the league. Anyway, let us come to this game, here, the Atlanta Hawks will meet the Sacramento Kings in an East-West Conference tussle.

Hawks have compiled 21 wins and 25 losses, largely due to their tendency of going on lengthy losing streaks but this squad has won the last four games, three of them at home and with next five games also lined up at home, they can perhaps recover their record. On the other hand, the Kings have been losing throughout the season and it seems like each month, their situation only worsens. The team has lodged just 18 wins and lost 31 games, continuing their trend of struggling on the defensive end of the floor. Both of these squads are not among the best defensive squads but lately, the Kings have had more trouble compared to Hawks on that end. The Kings lost by 53 points in the last game versus the Celtics and this is going to be the second game in the second night for the Kings. Will the Hawks also take advantage of the vulnerable Kings? For my game total and result prediction, jump to “Expert Betting Tips”.

Hawks can bounce back after a tough stretch

Atlanta has been on a four-game winning streak and this streak has come at a crucial juncture because before that the squad had lost five in a row, unable to get going but the current home stretch came to rescue them more so than anything. Hawks trouble has been on the defensive end and they were playing some highly uninspired defense for most of the month. Anyway, if we talk about the last season, this was the period when the Hawks turned around their season and were able to push forth for a high Playoffs spot. And now this is certainly the phase where if Hawks win at least five or six out of the last seven games, then they can get back in the hunt for a higher ranking.

The team is propelled by the high-scoring and assists-making guard Trae Young. He has been playing at an MVP level, scoring around 30 points regularly and acting as the leading playmaker during 90% of the games. One of the huge reasons why the team has done well recently is the return of De’Andre Hunter who has shot well from the floor and provided stability on both ends at the wing position. And ever since Clint Capela has returned, the team’s defense has obviously improved. John Collins is scoring 15 or so at the big Forward position regularly. Danilo Gallinari has been a huge factor, giving the bench some semblance while Kevin Huerter has shot well in the last three games.

How long will Kings fans have to bear this?

The Sacramento Kings have struggled once again, and well, that is not much of a surprise, is it? Well, no, it seems like the team is slated to do so from the word go. Last season, with Luke Walton at the helm, they did win 43% of the games but the team has fallen off the radar again and didn’t build on the gains last season. The team has lost four or more games four times this season and if you couple this with multiple three-game losing streaks, they have been staring at the abyss on a regular basis. Sacramento needs a huge boost now but they have fallen so far behind the Play-in tournament contention, they either need a big trade, a huge winning streak, or well, just look at the next year draft.

The Kings’ defense has been terrible these days and this team is floundering on that end big-time. It is like they can’t get two stops in a row and it is the defensive end that has hurt the team, but well, if this keeps on going, a night like 75 points outing versus the Celtics will be a norm. The Kings have certainly lost the plot once again and I will not be surprised if they pull off some trades for most probably some future first/second round picks and well, repeat the same old cycle that has been going for 15 seasons, lose a lot, pick young players, lose again, pick young players, see the young players go away, and well, repeat the process each season. Many Kings fans must have given up on the Franchise by now.

Points Range: Before the last game’s embarrassing 75 points performance, the Kings had scored 125 or more in four of the five games, but now after a poor offensive performance, and playing in the second game for the second straight night, it will not be a surprise if they suffer another poor offensive performance. Meanwhile the Hawks have scored 110 or more in four games straight, going past the 120 points mark twice in a row. Let us talk about Sacramento’s defense, well, the squad has conceded at least 114 points during each of their six games while giving up 125 or more in five of those games, which is really a terrible defensive effort. Defensively, the Hawks usually give up 110 or more during most games but limited a high-scoring Hornets team to 91. I believe the Kings will not score 75 again and will go past 100 here if anything. Meanwhile, I see the Hawks putting on an offensive show, scoring in the 115+ points range. The total points rage seems to be 220-230 here.

Prediction: The Hawks will relish the chance of playing a team that lost the game by 50+ points and will be playing two straight games on two nights. That sounds like a great situation for Atlanta, a team that has won three in a row at home against high-performing squads compared to the Kings. Perhaps De’Aaron Fox will be available in this game for the Kings after he missed the last game where the highest scorer Buddy Hield put in 11 points on a 4/14 shooting, really, that sums up the Kings effort largely. I think if Fox plays he will have a big game but I see the Hawks pulling through 122:106 here.