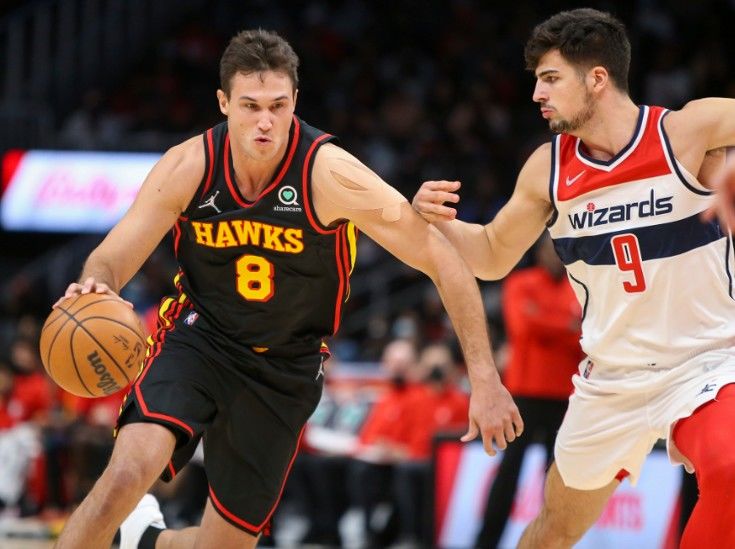 The NBA Play-in tournament is closing in on us and what a fantastic season we have had! Just in four days or so, ten teams will bow out for the season and from there on, we will see the number of teams diminish further at a rapid rate. The season for the Washington Wizards is already over and they will take on the Atlanta Hawks, a team that has a lot of stakes here. The Wizards have gone through the second turbulent season in a row but have pulled off upsets lately. The Hawks are looking to close in on the eighth position, currently held by the Brooklyn Nets, both teams having 41 wins and 38 losses.

Hawks are strong at home, terrible away from home

Although the Hawks' push this season in the second half hasn’t been quite the last one when they finished in fifth place, they remain a formidable foe at home and have managed to beat most of the elite teams when on their home floor. Still, the team has failed to meet expectations and many would fancy the first-round exit even if the team qualifies for the Playoffs. First, getting to the Playoffs is not going to be an easy task in itself but if you consider the current scenario, they and the Nets look like favorites to make it through the Play-in tournament. The team relies heavily upon Trae Young and that has been rather their pitfall all season long. They have done well despite missing John Collins but let us see how they respond during the Postseason, but first, they will want to seal the eighth spot and even take a shot at the seventh position.

The Wizards are finishing strong but it is too late

The Wizards have played well lately and the trade to bring in Kristaps Porzingis has paid dividends straight away. They have won five out of the last seven games, which includes wins against strong teams like the Warriors, Mavericks, and Timberwolves, the last win being away from home. However, this is too late to even sneak in a Play-in tournament berth and some awful play in February and March put the team behind. The Point Guard position has been a question mark all season long and the current run can’t hide the frequency at which the team has struggled. But think about it, a core of Beal, Porzingis, and Kuzma does hold some promise especially if rookie Corey Kispert develops next season. However, the team will need a strong Point Guard next season to make an impression in this league.

Points Range: The Hawks have accumulated more points than the Wizards on average and are among the top teams offensive efficiency-wise. They are an amazing squad at home, on both ends these days. The Wizards have played much better scoring-wise than they did earlier and with Porzingis in the middle, avenues have opened up for other players to put up a dent. A 134 points night against the Timberwolves will surely bolster the confidence of the team but the Hawks don’t slack off much on their home floor. Both teams played last night, that too away from home but exhaustion is likely to catch more on the Timberwolves, a team that will play two games in a row away from home on two nights. Still, I see the prospect of a high-scoring game, and the total points range as 230-240.

Prediction: While it is true that the Wizards won last night and the Hawks suffered a loss, the Hawks will still be favorites on their home floor. They are unstoppable when Trae gets going and with the Playoffs nearing, he will like to be in full flow. I see the Wizards putting a fierce resistance early but then the Hawks edging them out with a scoreline of something like 124:113.