Boston Celtics vs Atlanta Hawks: The Celts to stop Trae Young once again 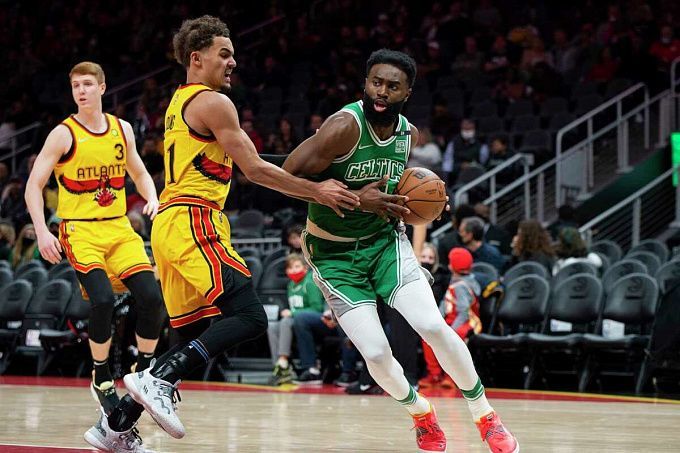 Boston won 5 out of 6 home games against Atlanta, but on the road the Celtics lost to the Hawks twice in a row. It's time to take revenge and the home team has everything they need to achieve that.

The Celtics are finally back on track after a shaky start to the season. With seven straight wins, Boston has moved into 7th place in the Eastern Conference, and contending for the top-6 spot is now a realistic possibility. The club made some important trades before the trade deadline. It will be interesting to see how Derrick White, who is clearly better than Dennis Schroder on defense, will fit in. In addition to Schroder, Enes Kanter Freedom left the club and was replaced by Daniel Theis, who previously played for the Celtics. Theis's participation in the game against Atlanta is still questionable, and the only other player who will definitely not play is P.J. Dozier, who has yet to make his debut for Boston.

In their recent game against Denver, Ime Udoka's team defeated the opponent, 108-102. Boston was trailing by halftime, but they played even tighter defense in the 2nd half to take the lead. At times the Celtics read the Nuggets' biggest star and forced the Serbian center into nine turnovers. The Celtics could have been more efficient on offense: Jaylen Brown made only 4-of-17 shots from the field while Jayson Tatum was 8-of-19 and had 24 points.

The Hawks also had a seven-game winning streak recently, but they have suffered four losses in their last six games. Atlanta is still 10th in the East, and the gap to Washington and New York is minimal. Trae Young is having an outstanding season, but more often than not he lacks help from his partners. Perhaps Bogdan Bogdanovic will add again, as he did last regular season, and John Collins is increasingly taking a serious role on offense. Collins might not play against Boston, and Delon Wright and Lou Williams are also questionable.

In their recent game against San Antonio, Nate McMillan's team fell apart on defense and lost by a score of 121-136. Atlanta never trailed throughout the game and the deficit was as high as 26 points at times. Their opponent was efficient from beyond the arc, while the Hawks made only 14 of their 43 three-pointers. Nearly half of their points came from the paint, which did not help make up for their long-range misses. Bogdan Bogdanovic was the best player on the team, making 8 of 14 shots from the field and scoring 23 points.

NBA Summer League games aside, Boston won 9 of their previous 14 encounter with Atlanta. This season, however, the Hawks have been stronger twice on home court. The last meeting took place two weeks ago and the Hawks won 108-92. All the starters were on the court for both teams: only Bol Bol and P.J. Dozier were absent.

With the arrival of Derrick White and Daniel Theis, the Celtics have become even stronger on defense, and the same Denver had a lot of trouble in the recent game. In their head-to-head encounters with the Hawks, Boston has had success against Trae Young: in 2 games he has taken just 12 of 37 shots on goal. The home team's offense is capable of much better, as Jaylen Brown played poorly against Denver and Tatum was underperforming. Let's not forget the magic of TD Garden, as the Celts are particularly potent in the home court. I suggest betting on the following outcomes: