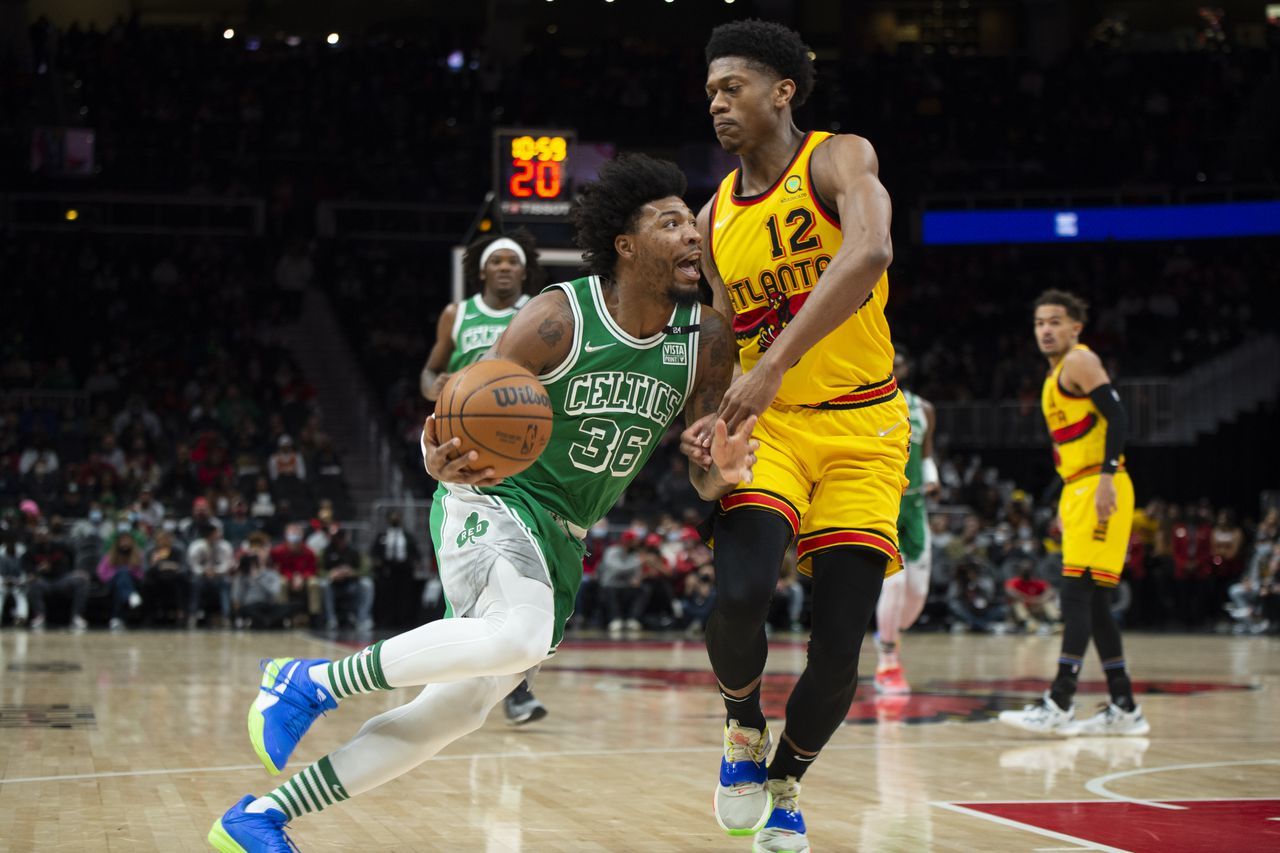 As the NBA season ticks on and as we reach the Playoffs window, desperate times are going to kick in for various squads in the league. Talking about the Playoffs, there is no doubt that the Eastern Conference has showcased immense growth this season and if we see the seventh-tenth place race in the East, teams have actually done a great job of handling the business than the West. However, the top three teams as of now still belong to the Western Conference but hey, whatever may be the case, the current champions are from the East in the form of the Bucks. So, as the Boston Celtics meet the Atlanta Hawks, there is a lot to play for at this point in the season.

The Boston Celtics have been playing some inspirational brand of basketball since the beginning of February. For the first time in two seasons, the team went on a nine-game winning streak which was snapped by the Detroit Pistons. The team also lost to the lowly Pacers in the last game but this may be a temporary hiccup because the gameplan has been coming along. On the other hand, the game plan has not been coming along for the Atlanta Hawks during most nights. While they remain in contention to nip the ninth or tenth spot and get in the Play-in tournament, their chances may be slim to repeat as the Eastern Conference finals in a much-improved East. They have 29 wins and 31 losses, but yes, with 22 games remaining, a 15-17 win window may spark something special. Can they first take care of business on the road versus the Celtics? To know my game total and result prediction, slide over to “Expert Betting Tips”. To know my player-based statistics prediction, hop over to “Player Performance Prediction”.

East is exciting this season

Celtics can be a menace in the Playoffs

While it is true that the core of Smart-Brown-Tatum-Williams III is yet to live up to the hype, things have been better for Celtics fans. Since January, the Celtics have resurrected their season, compiling 19 wins and losing just eight games, and they have been even better since the beginning of February, and just before the All-Star Break, they had a nine-game winning streak, taking advantage of the long home stretch. Yes, it is true that they have lost a couple of games against below 50% win teams recently but this squad has been relentless on the defensive end and the promise has increased after a highly underwhelming start to the season.

What has made the team special is their defense. They have been one of the best if not the best defensive squads during the last thirty days. This is not a surprise with superb perimeter defenders in Smart, Tatum, Brown along with superb inside defenders in Al Horford and Robert Williams III. This is also a team with a strong isolation duo of Brown and Tatum, two players who can put up around 25 points or so on a regular basis, meanwhile, Williams III helps in getting second-chance points, Smart can scratch points regularly too while Horford can make tough passes from the post position. Derrick White and Payton Pritchard form a strong guard duo off the bench while Grant Williams has done well to bolster the big Forward position.

The Hawks have looked down and out during many stretches this season and after making the East Finals last season and losing to the Bucks, it seems like the spirit of the squad has broken to a large extent. While Trae Young has had another strong season, Atlanta’s defense has been largely suspect for most of the season. Even if they remain one of the strongest offensive teams in the league, the Hawks can look flat during long periods. Since John Collins’ injury, the big Forward position has been vulnerable, however, this team does have one strength.

They have a bunch of effective long-range shooters. Apart from Trae, Bogdan Bogdanovic has been the most impressive long-range marksman, Danilo Gallinari has given a decent scoring output, De’Andre Hunter has been a viable offensive option and yes, the Hawks also have Huerter who can hit the spot from deep. Despite Clint Capela’s reduced impact, he has been scrapping boards, getting the usual inside dunks, and playing more than decent help defense. Onyeka Okongwu has had some strong games too off the bench but yes, mostly, the Hawks have a lot of work to do if they are to rise through ranks. As of now, the best result looks like achieving an eighth place in the Conference.

Points Range: The Hawks have been one of the best offensive teams for the most parts and they have been able to get past 115 or so time and time again. On the other hand, the Celtics defense is at its peak on the home floor and has held even high-yielding offensive teams below 105 on a regular basis. Offensively, the Celtics have achieved better balance since February and the ball distribution seems to have improved immensely for Boston. On the defensive end, the Hawks can be vulnerable at times, and at home, the Celtics can get it clicking. I believe the Celtics will score at least 113 here while the Hawks will lodge around 105 points. The total points range seems to be 220-230.

Prediction: The Celtics have been playing terrific basketball since February and have been scrapping many wins at home. They keep it tight on the defensive end and have also found more offensive balance, both points mentioned above. I believe the Celtics will give the Hawks some trouble but this game can heat up in closing moments. However, I see Boston winning here 114:109.