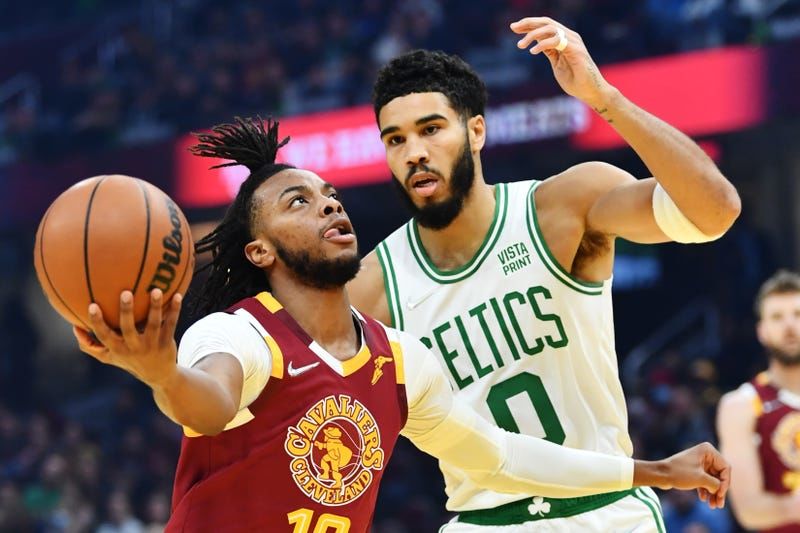 As COVID-19 keeps tightening its grip to choke the momentum of the NBA, the league tries to slip away using a more flexible approach. Now, you can sign a replacement player if you have two positive COVID-19 tests and if you have three positive tests then you can sign two, if four, then three, and on and on. Both teams here in Boston Celtics and Cleveland Cavaleirs have used ten-day deals to sign replacement players and Cleveland has lost many of its rotation players for now. With the records thrown out of the window, the teams are asked to continually pull something magical out of the hat. Can the Cavaliers and Darius Garland see of the Celtics or will they prove to be too much? To get a quick overview, go straightaway to “Notes”. For Total and Game Result prediction, jump to “Expert Betting Tips”.

What is at offer here?

This is written in advance so there can be further changes. Anyway, here is what can be potentially at offer for both teams:

Boston has Jaylen Brown and Jayson Tatum available at their disposal. Both players have the ability to go past 25 points on many nights and if both of them click, then you can get a combined 50-55 points. With Smart, Schroeder, and Pritchard, the team can extract 30 or so while Freedom, Nesmith, and Robert Williams can loop in 20-25 points. Simply said, Boston seems to have enough props to get around 105-115 points but their offense can be a tad inconsistent and too isolation centric at times.

If Garland, Love, Osman, Markannen, Wade, and Rubio are active then you can't take the Cavs lightly. Surely with Allen and Mobley gone, they have lost a lot of inside scoring and can end up taking more perimeter shots than usual. However, Markkanen, Osman, Garland, Rubio, and Wade can indeed knock down the outside shot but with Allen gone, there will be more bodies around the perimeter. How will the Cavaliers navigate the issue? Well, Garland can pump in a few layups, mid-range shots while Osman seems to have the overall package too. In terms of combination, the Cavaliers can deploy Garland-Markkanen pick and pop and Rubio and Love pick and pop in abundance. I feel the Cavaliers still have numerous scoring options.

The Celtics have more guard depth than the Cavaliers, more wing depth too, and a sturdier frontline. Boston has posed such combinations all season long but haven’t come along so the depth hasn’t been utilised as such. The toughest match-up for the Cavaliers can be Jayson Tatum, who can have plenty of space at the wing with Allen and Mobley out and that can be a headache in this game. For the Celtics, they can’t take the Cavaliers’ combinations lightly because there is still a decent amount of experience and they will have to be wary of someone like Garland who can explode for big nights. If Markkanen, Love, and Wade hit their open looks, the Celtics can be in trouble too because the Cavaliers still have two solid playmakers in Rubio and Garland.

Points Range: What can I say! With the way things are and since these writeups are written in advance, you never know who will fall into the protocols before the game. Let me work with it! I think the Celtics can breach the 105 points mark with a little watered down defense of the Cavs in the absence of Allen. Apart from that, I believe the Cavaliers will need a big night from someone to get close to 105 and trust me, they have some options. If I think about the Points Range then a 207-218 points battle looks possible here. Let us see!

Prediction: Playing at home against a squad that is missing two of its key defenders, you’d think the Celtics are the automatic favourites. But that hasn’t been the case with the Celtics, who have constantly been underwhelming with their effort on both ends of the floor. But, I believe if Jayson Tatum is active then he will have a big night because he will have open lanes inside to work with. I think the Celtics should grab this one 111:105.