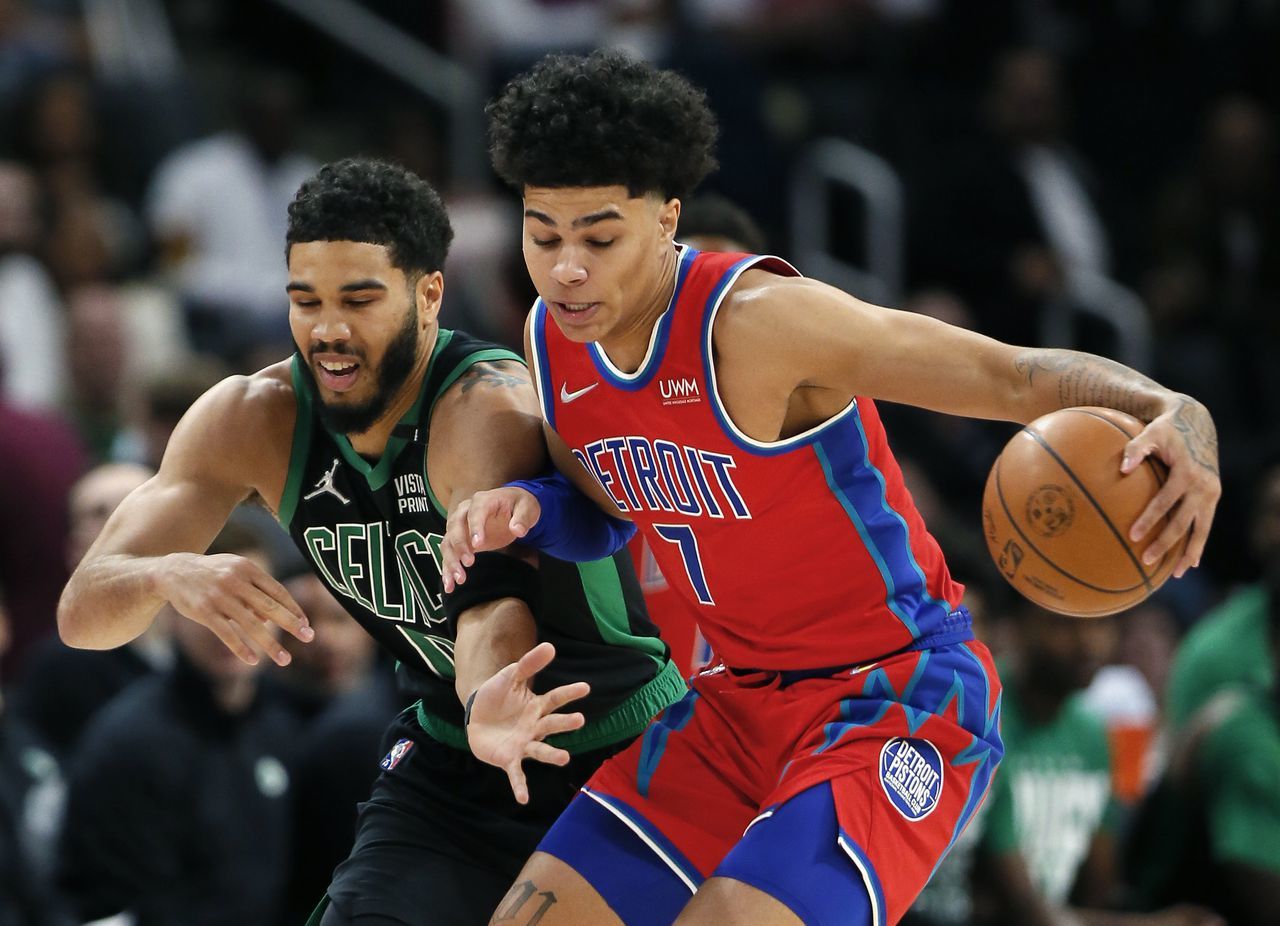 The spicy NBA betting scenario heats up with each day as some of the lower-ranked teams are flashing lights of brilliance after figuring out the team chemistry. This current window has been the most challenging for me as a writer as it is difficult to see the favorites sometimes and when some of the mid-tier to bottom-ranked teams pick up their games, they can run over the elite squads too. This is why upsets are common in the NBA because hey, each team is playing 82 games, and thus, the scope for upsets is huge. With that in mind, let u dive into the game between the Boston Celtics and the Detroit Pistons.

The Celtics are the best defensive team in the league and they have been recognized by the critics and experts as one of the contenders for the championship. They are on a four-game winning streak and after a highly underwhelming start till mid-season, the Celtics have risen through the ranks, compiling 40 wins and 27 losses. With Tatum catching fire and a highly disciplined defensive team, the Celtics look primed for a deep postseason run.

On the other hand, the Pistons have been among the bottom feeders through the season. However, their growth has been beautiful to watch since the All-Star Break. They have garnered eight out of the last eleven games, which is surprising, to say the least. Overall, the team has only won 18 games and has lost 48 games but their defense along with increased efficiency from the floor. The Pistons will be meeting a third time against the Celtics in a span of about three weeks. Can they tie the season series? To know my game total and result prediction, jump to “Expert Betting Tips”. To know my player-based props prediction, go to “Player Performance Prediction”.

The Battle of the East

Defensive brilliance of the Celtics

The Celtics have been turning it on recently and it is not a surprise that they have risen with each week since January. What was rather surprising was the lack of success till late December as the team had been below the 50% win mark for most parts. The success comes from the obvious defensive grit as Tatum, Brown, Smart, Horford, Williams III, and newly included White are all terrific defenders and the other big change has been Brown being available for most parts. Tatum can rise for big-time points, Smart has been a valuable two-way player and a viable playmaker, Brown is another stellar two-way option while the frontline of Horford and Williams III bring versatile dimensions. The bench has two strong players in Williams and White but yes, overall, the Celtics have been turning it on.

The Pistons’ rise is certainly surprising, surely, they are highly unlikely to make the Play-in tournament at this point but the current window has dispelled my belief that the team doesn’t have a solid young core yet. The team has beaten Cavaliers, Celtics, Raptors, Hawks, and Hornets among some for their recent wins, all teams in the Playoffs in some capacity. They have played many close games and almost beat the Bulls in the last game. This improvement has been propelled on the defensive end while Bey, Cunningham, Grant, and Bagley III have shown a huge knack for being consistent offensive players. The team has a solid base and this recent window can surely instill confidence among the youngsters.

Considering these players are available, these are my player-props prediction:

Points Range: The Celtics and Pistons have met thrice in a short space of time. The first game fetched 195 points, the second one brought 223 points and the latest game resulted in 217 points so yes, relatively, we haven’t seen a full-blown shootout between the two squads yet. The Celtics' offense is much improved but their defense is their strength while the Pistons have done well both on ends too. With the way things have been, both teams have seen some players being a little off their game, and Brown and Bey have struggled at times to bring in big-time points. Anyway, I believe the total points range here will be 210-220.

Prediction: Yes, the Pistons have done a great job of winning recently and they have also won a ton of close games in the latest window. However, away from home, and against an elite defense, they can struggle here. I see Jaylen Brown rising for a big night here while the Celtics frontline shutting down inside lanes for the Pistons. I see the Celtics taking this game 115:104.