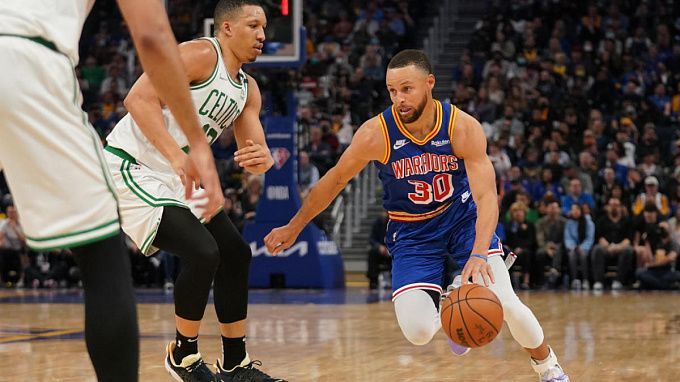 Golden State took a crucial fifth game in the 2021/22 NBA Finals, leading 3-2. Now the only thing Boston can do in Game 6 at TD Garden is win. Can the Celtics handle such a difficult task? We'll pick a few bets at once.

Boston had a great chance to decide the series in Game 4 on the home court with the score at 2-1. Ime Udoka's team did not use it, however. The Celtics, playing better than their opponent and controlling the game, for the most part, gave Golden State the lead in the end and lost 97-107.

In game five the Celtics were no longer favored to win the game. Though the team clung to the result for a long time, they could not find a counterbalance to the wide-open rotation of the Warriors at the crucial moments. 94-104 was a defeat that left Boston with only a slim chance of winning the series.

In game four of the series, the Warriors won in large part thanks to the phenomenal play of Steph Curry, who scored 43 points. However, Curry didn't show his full potential in game five. Steph missed a lot, scoring only 16 points and even leaving the floor without a made three-pointer, something not seen in years.

Godin State isn't just Curry, though, they're a champion team and the Warriors proved that once again in Game 5 of the Finals. Andrew Wiggins scored 26 points and Klay Thompson had 21. Gary Payton had 15 points and Jordan Poole had 14. The 104-94 result puts Golden State on pace for their fourth title in the last eight years.

Golden State leads 3-2 in the series.

Boston looked crushed and doomed at the end of Game 5. The Celtics were very close, but never found the keys that would help them beat Golden State. Is there still such a team in the NBA? In Game 6, Steve Kerr's Warriors can close out the series. Which they probably will.