Boston Celtics vs Minnesota Timberwolves: Elite defense of Celtics clash against elite offense of the Timberwolves 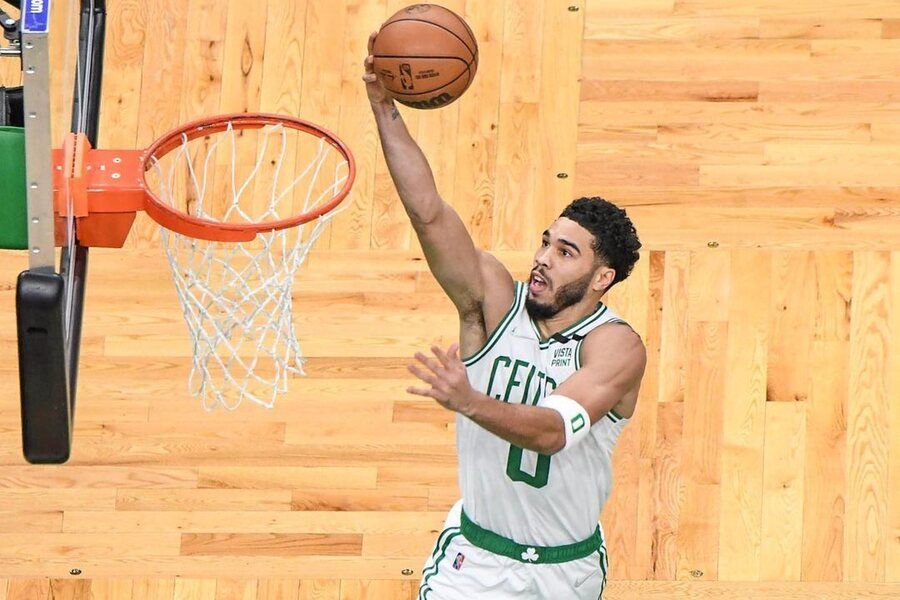 NBA keeps on gearing towards the Playoffs and the race has been wild during the past month or so. With the Phoenix Suns primed to finish at the top, there are a lot of teams that are still unclear where they will end up rank-wise. A lot is at stake now with the Play-in tournament spots and top-six Playoffs rankings both up for the grabs. This is also an essential time for the squads that want to notch the Home Court Advantage at least till the first Round. The East remains wide open and it is difficult to project which team will finish at the top of the Conference. The Boston Celtics remain in the shot to finish at the top in East and they will clash against elite offense of the Timberwolves.

Celtics have been a force

The Celtics began the season on a rather disappointing note, mostly meandering around tne 50% win mark but things transform since January. January didn’t fetch any lengthy winning streak but the team showed significant improvements. However, it was February that was the major reason why the Celtics are in the prime position to seal the top spot. They had a nine-game winning streak in February and since that month, they have been the best defensive team in the league by a big margin. Currently, the team is on another brilliant streak and has grabbed a five-game-winning streak. If we take the larger picture into account then the Celtics have lodged 21 wins and just three losses since February, a record only rivaled by the Suns.

The manner of the Celtics wins has been brutal for the oppositions, registering 15-30 points wins regularly. Their defense is surely the best of the league and when you consistently limited your opponents under 100 in the NBA, the chances to eke out wins surely take an uptick. Jayson Tatum has been the ace scorer and can take over the game from multiple areas, being a brilliant shooter but he has received ample offensive support from Brown and Smart. All Tatum, Brown, Williams III, Smart, Horford, and White, the key rotation plates are top-notch individual defenders, something which is also reflected in the team defense. The rebounding is also elite with Williams, Horford, Brown, Smart, and Tatum, all capable rebounders. Meanwhile, Marcus Smart has done an amazing job as the primary playmaker.

The Timberwolves are among the top teams in terms of three-pointers, making around 15 a game on average. They are also terrific in terms of creating second-chance points and the presence of Karl Anthony-Towns, Vanderbilt, and Beverley as the offensive board crashers surely help them. With Edwards as a brilliant slasher, the team has also been among the top free-throw shooting teams. The offensive system of the Timberwolves is surely among the best ones in the league and wouldn’t that be a huge advantage as the team will enter the Playoffs?

What makes this system works is the presence of three versatile scoring options. Karl Anthony-Towns has a great offensive mechanism, that allows him to both be effective from the outside and the inside. Anthony Edwards is one of the best finishers at the rim and can also stretch the floor while D’Angelo Russell is a brilliant shooter who can knock down tough mid-range fadeaways/floaters/pull-ups while being an effective three-point shooter. However, the biggest difference-maker has been the team’s bench, considering how Malik Beasley, Jaylen Nowell, Jaden McDaniels, Naz Reid, and Taurean Prince have all stepped up in different games and the team’s bench keeps on identifying different productive actors during different games.

Considering these players are available, let us jump into the player-based predictions:

Prediction: Al Horford will be out for the Celtics in this game and even though his stat sheet may not look stuffed, he is vital on both ends of the floor as he does a lot of things. The Celtics have been incredible on the defensive end and they have been able to fend off teams by big margins. The Timberwolves will need to be at their offensive best if they are to counter this highly physical team where each defender can pose threats on most of the possessions. I see this being a closer battle than most of the recent Celtics games but in the end, I see the Celtics eking out a 116:108 win.