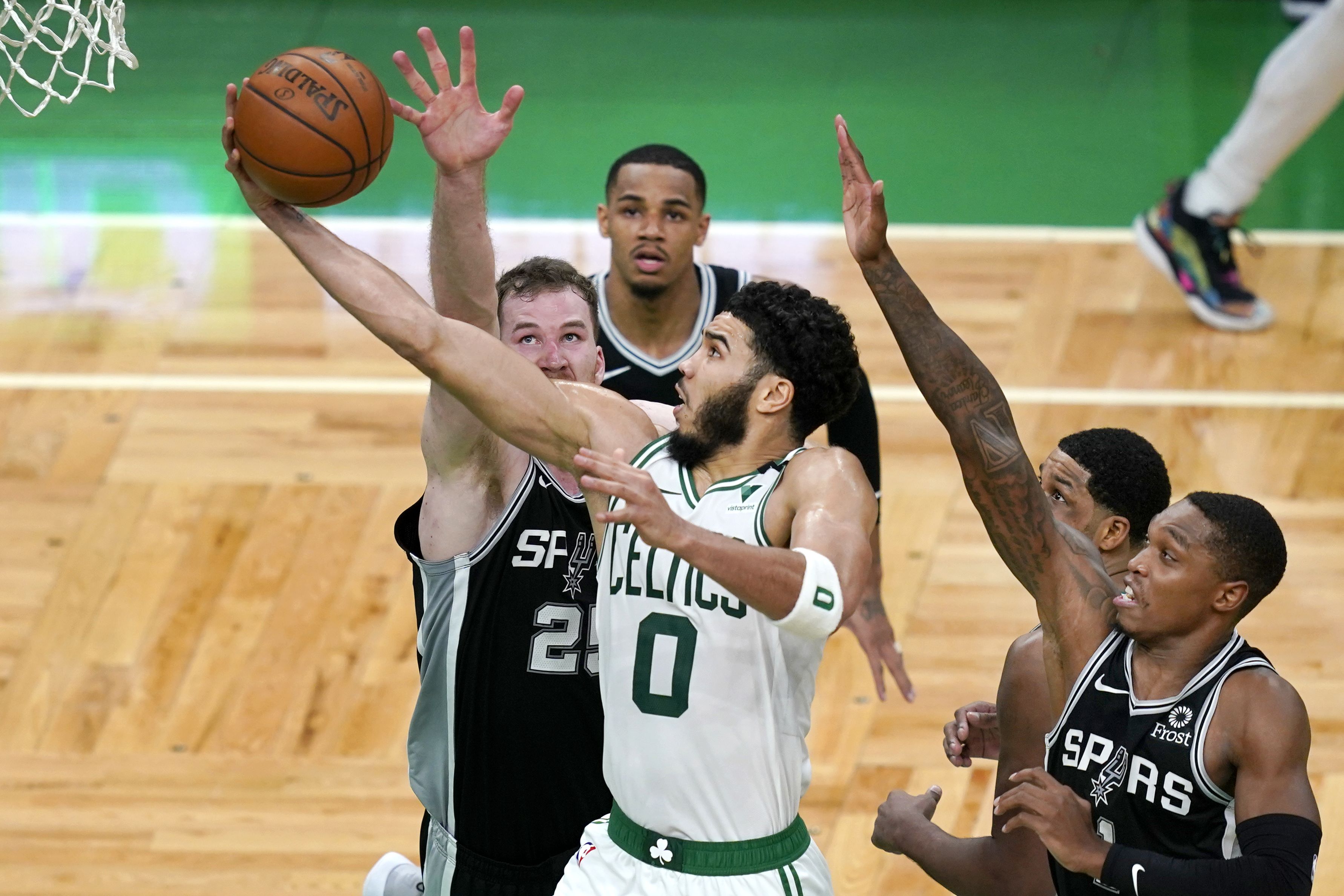 The COVID-19 pandemic has once again given a jolt to the world and it seems like the variants keep developing at an alarming rate. Anyway, even then, the NBA has kept its season on track through some fresh provisions and have made sure that the full season is played out when it is all said and done. And now, that the action is on, let us talk about this game between the Boston Celtics and the San Antonio Spurs. Celtics are a game under the 50% win mark, but have won the last two games. On the other hand, the Spurs have lost four in a row with DeJounte Murray out of the picture and they have a 14 wins and 22 losses record. Can the Celtics team string together three wins in a row or will the Spurs finally break out of the funk? For my game total and result prediction, go to “Expert Betting Tips”.

Spurs’ struggles, Celtics have a chance to build a big winning streak

Spurs are lost without Murray: It is clear that the Spurs struggle a lot to stay in this game without Dejounte Murray. The team has lost four in a row and their offense doesn’t have the same fluency without him. Well, with Murray the team can play a fast-paced style of ball, get some fastbreaks due to his ability to pick up steals, and when he has the ball in his hands the team can produce quality shots. Now, with him gone, it isn’t like the offense is terrible but it certainly lacks the same zip as before. Derrick White has been active in terms of making assists but with Murray, he is able to play with less burden and shine in terms of scoring himself. Overall, the Spurs have a lot of shooters, slashers, and quality passers, but it is just that Murray gives an incredible edge when he has the ball in his hands. With him gone, the team has lacked the former consistency.

Celtics have a lot of depth, but need to prove themselves: An eighteen win and 19 loss record barely justifies what the Celtics have on paper. Boston has not done a great job at piecing together big winning streaks and have rather lost quite a few in a row. Now with Tatum, Brown, Schroeder, Smart, and Horford at least active for now, they should string together at least four to five wins now. It is baffling that the Celtics don't have a 67% winning record. They have great individual defenders in Tatum, Brown, Smart, Horford, and Robert Williams, great offensive players in Tatum and Brown along with a more than decent supporting case of Smart, Schroeder, Horford, Richardson on the scoring front. This is why it is a shock that the Celtics keep losing this one, surely, there has to be some team chemistry issues here?

Points Range: The Spurs have scored 104-105 in regulation since Murray has been out, with him they were going past 112 or so on a regular basis. San Antonio will most probably get Murray back in this game but will it mean that they can go past 110 again considering that Murray may not have the same conditioning. Celtics have scored in the 105-115 range constantly this season with some underwhelming below 100 nights in between too. But you’d fancy with Brown clicking and Tatum back along with the potent guard combination of Smart, Schroeder, and Richardson, the Celtics should get around the 110 mark. So, basically, this can be a scenario where both teams could get past 107 at least. I think the overall points range here is 217-227.

Prediction: The Celtics have the home court advantage, they have a bit of a rhythm while the Spurs are on a four-game losing streak. If this was the third week of December, then I’d have given the Spurs some edge. If the Spurs get Murray back here, of course their offense will look better and the defense will also tighten up a little bit. If we talk about the Celtics, eh, well, with Tatum and Brown, they should win a whole lot more games but things have just not gone their way this season. Defensively, both squads can showcase vulnerabilities and the Celtics are yet to attain some rhythm. If you talk to me, I’ll take the Celtics to win here 117:107.