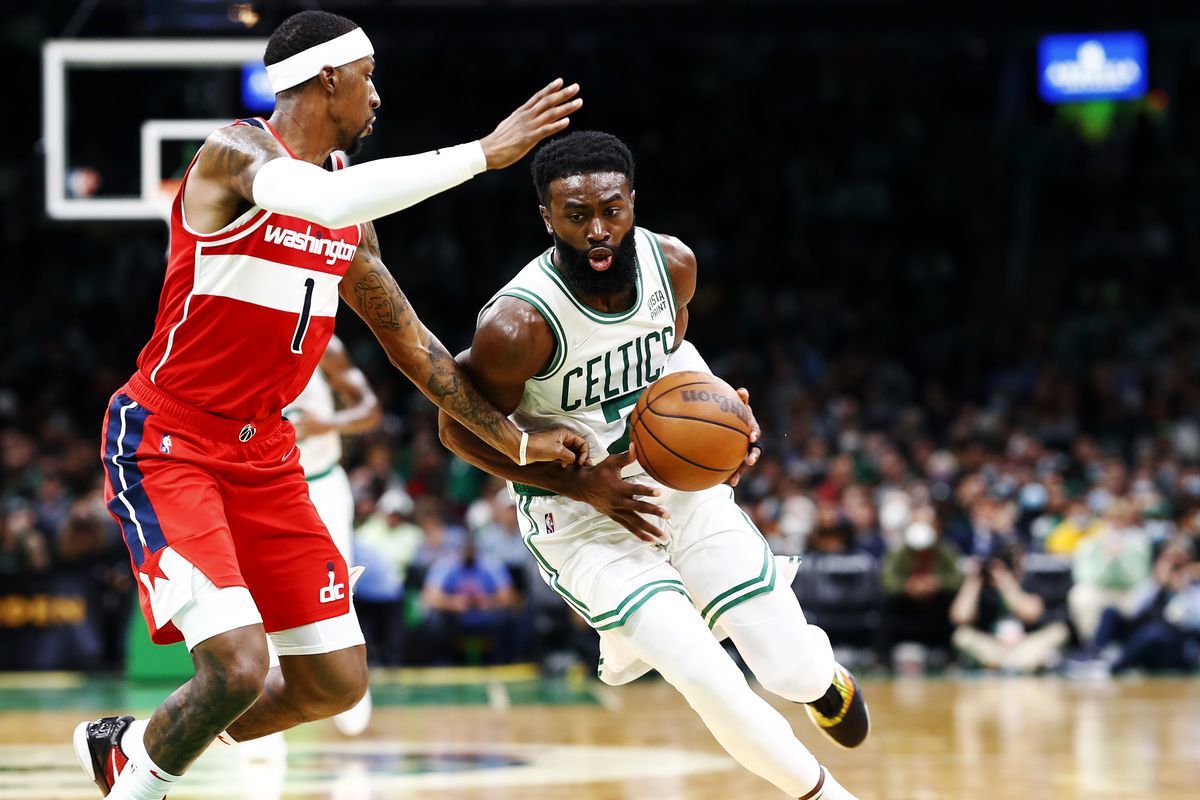 The Boston Celtics suffered a blow as they learned that their defensive dynamo Robert Williams III has been ruled out for around a month and they did feel his absence in the loss versus the Heat. They will meet the Washington Wizards here, a team that has been already out of the Play-in tournament contention but has had some strong games lately. There is a lot to play as the Boston Celtics square off against the Washington Wizards.

Celtics will look for a strong finish

The Celtics played the best basketball in the East since mid-February but the loss of Robert Williams III will surely affect the defensive intensity. However, the team still remains in play to nab a top-three and even the top-two spot. Jayson Tatum and Jaylen Brown can be high-quality isolation scorers and they have been ramping it up lately. Marcus Smart and Al Horford will still provide incredible defense while Derrick White off the bench can figure in a three-guard rotation of him alongside Smart and Brown. The Celtics will look to finish in the top rankings and they still have a chance to get there but the schedule after this game is a bit tricky.

The Wizards earned a superb 135:103 win versus the Mavericks and the team received immense productions from Kentavious Caldwell-Pope. This has not been the case for the team for most parts but the inclusion of Kristaps Porzingis has injected some energy in the middle. The future of Bradley Beal with the team remains fuzzy but he can form a strong pairing alongside Porzingis if he stays around. To be honest, a lineup of Beal, Kuzma, Caldwell-Pope, and Porzingis can be strong on both ends of the play if the squad ends up grabbing a perimeter shooter and playmaking Point Guard in the offseason. How will the Wizards approach the offseason?

Points Range: Wizards have scored 120+ in three of the last four games and with the way Porzingis is playing these days, it can be manageable in more games. Not having Robert Williams III can hurt the Celtics here as they will go up against a strong Center in Kristaps Porzingis in the middle. However, their defense can be strong without him too as they can still manage to put a dent in the perimeter offense of the Wizards. Tatum’s status is unclear here but I think he will most likely play here. I believe the Celtics' defense will show up here and the total points range can be 210-220.

Prediction: Although the Wizards have won four of the last five battles, they will be up against the Celtics, a team that has much higher ambitions than the team. The Celtics' defense will not be the same without Robert Williams and containing Kristaps will be tough in this match. However, the Celtics do appear a safer bet here and can eke out a 114:104 win here.