Boston vs Indiana: the Celtics to Recover from Two Straight Defeats 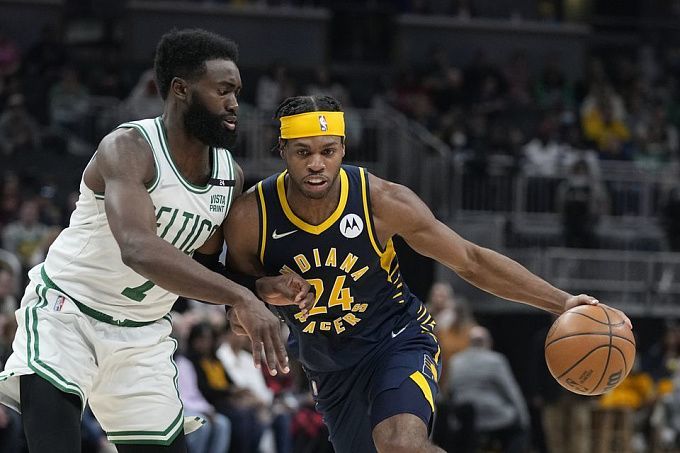 Boston and Indiana are right now teams of different weight classes. The Celtics are one of the favorites, while the Pacers are the underdog. Will we see any miracle in the upcoming game? Let's pick a few options to bet on at once.

The injury of Robert Williams is bad news for the Celtics. He has been one of the team's leaders this season. Boston simply can't help but have trouble playing without him. Particularly in defending the paint, where coach Ime Udoka has no replacement for Williams.

Boston's previous game confirmed those worries. The Celtics lost on their home ground to one of their major rivals in the upcoming playoffs, Miami, 98-106. Before that, the Celtics had fallen to Toronto, another top-6 team in the conference, 112-115 (106-106, overtime). Looks like the Greens will have a lot of struggles in the postseason.

The Pacers have a streak of five failures heading into their game against Boston. During that stretch, Rick Carlisle's team has demonstrated that without Myles Turner, they concede more points than they score. 133 from Memphis, 131 from Toronto, 132 from Atlanta, and 125 from Denver. How can they win with a defense like that?

I don't think Indiana is interested in winning anymore. They occupy 13th line in the East with 25-52 balance and haven't really qualified for anything.

Losing Myles Turner to injury is a bigger problem for Indiana than losing Robert Williams is for Boston. It is the absence of their starting center that has caused the Pacers to miss nearly 130 points per game in recent games. The Celtics, surely frustrated by defeats from Toronto and Miami, will surely take advantage of their opponent's problems. The prediction is for Boston to win in a blowout game.