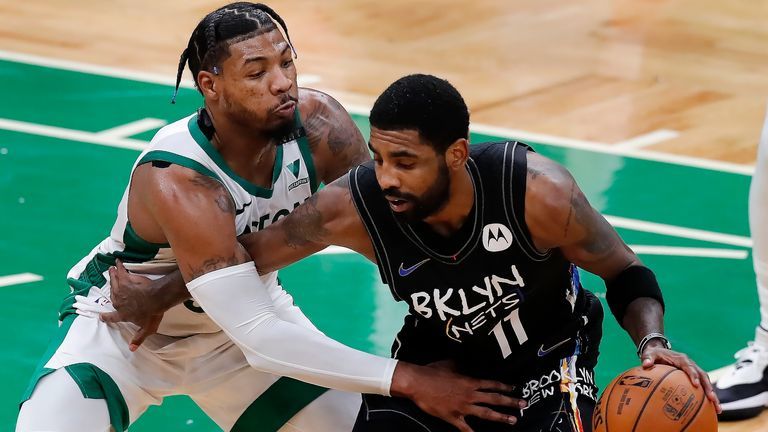 The NBA season is on and after a whirlwind of the first few weeks, we are settling down a bit as teams are figuring out their rotations. This window has also hurt certain teams that began the season on a high. But there is a team that started hot and hasn’t looked; Boston Celtics. The Celtics will take on the Brooklyn Nets.

The Nets march into this affair after defeating the Toronto Raptors 114:105 as Kyrie Irving dipped in 27 points. They have now won four in a row and have improved to 13 wins and 11 losses. The team defense has been incredible lately and having Irving takes the load off Kevin Durant, who had to do a lot more earlier when the team was struggling. Simmons continues to struggle with injuries whereas Joe Harris after a rough start has scored in 14-17 points range which has bolstered the offense.

One big concern has been the team’s poor efforts in the last quarter. They have built big leads but has left the door open late in the game and they are lucky to have not lost much considering how they let it loose at times. The Nets doesn’t look like a deep team despite having two superstars level players, as many of their players have been off-the-mark. TJ Warren’s return helps that end and the athlete had 10 points in the last game after not playing for multiple years. The Nets have held teams below 110 for most parts during the current window.

The Celtics come into this affair after losing 116:120 to the Miami Heat in Overtime despite a 37 points performance by Jaylen Brown. The loss barely made a dent to an electric record as Boston has won 18 and lost just five, already having posted a nine-game winning streak and one another big streak when they won five in a row. After having the best defense in the league last season, the Celts’ offense has now taken another leap under their leading scorer Jayson Tatum, who is averaging over 30 points a game and is backed by a deep Guard rotation.

The Celtics have scored 120 or more during most games and that sums up everything. All that has been accomplished without their leading defender and amazing Center Robert Williams, whose return will bolster the defensive end for sure. If the Celtics keep on the current offensive rhythm then they can cruise to a championship but that is long away for a team that reached the Finals last season and is featuring in a loaded East where the Bucks are among the favorites alongside the Celts.

The Celtics are in great shape this season and will be looking to further advance their winning trail here. They have done a great job of posting big scores and know when to tighten up their defense to close out the deal. The star power in the game is too high and it will be interesting to see which ones will show up here. Playing at home, the Nets have a slight advantage but I believe the Celtics will refuse to lose two in a row. I predict a 119:110 scoreline in favor of Boston.