Brooklyn Nets vs Charlotte Hornets: Surging Nets take on a motivated Hornets in a crucial battle 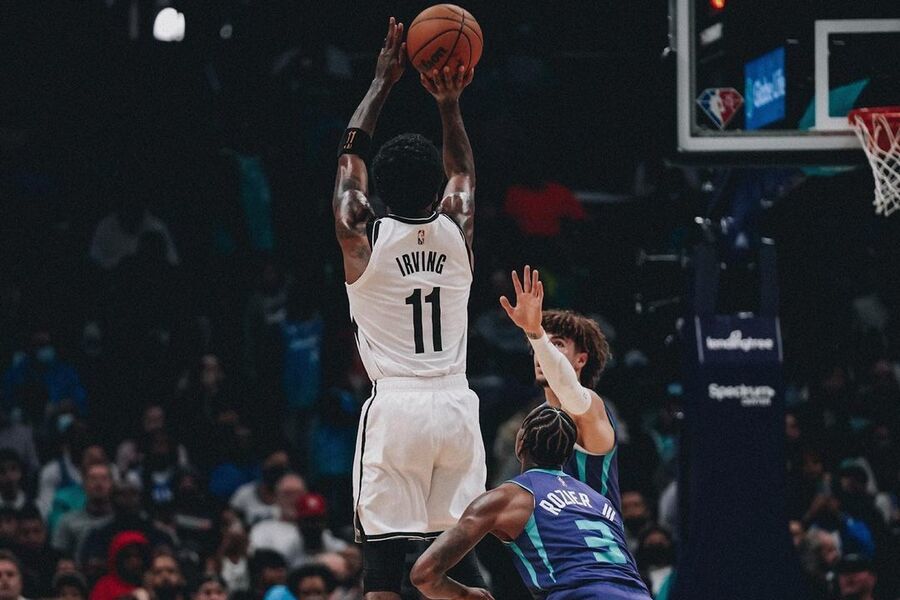 The NBA tales are tall and long, and if we delve into the past, the end of the Regular Season has always shown an intense last push from various squads. There are teams that accumulate winning streaks late in the Regular Season and enter the Playoffs on a high so each game becomes a more high stake in the Regular Season itself. There are teams that are contending for the Play-in tournament and those that don’t want to fall out of the top-six and play in the tournament. The two squads that meet here in Brooklyn Nets and Charlotte Hornets may end up playing in the Play-in tournament.

The Eastern Conference is in a frenzy a cold run by Miami Heat has opened up the top spot for as much as four teams, namely, the Heat themselves, the 76ers, the Celtics, and the Bucks. Below these teams are three teams that are trying to save themselves from falling into the Play-in tournament, i.e. the Chicago Bulls, the Toronto Raptors, and the Cleveland Cavaliers, all in a tight race at the moment. Then there are squads that are 99% going to end up in the Play-in tournament, these are the Brooklyn Nets, the Charlotte Hornets, and the Atlanta Hawks.\

This is a huge battle between the Brooklyn Nets, a win means that the Nets have 40 wins and 35 losses while a loss will mean 39 wins and 36 losses, and what if the Hornets win, they can notch 39 wins and 36 losses record too, which will tie them with the Nets. Remember finishing at the eighth spot means even if you lose your first Play-in tournament, you can still advance if you win the next one. Meanwhile, if you finish at ninth or tenth, you are required to win two games in a row to advance to the Playoffs’ first round.

Nets have been cruising

The Nets have been on fire especially since Kevin Durant has been back and with Kyrie Irving being cleared to play home games now, the team is going to have a wonderful one-two punch on the offensive end. They have won seven out of their last nine games and five of those victories came away from home. The upcoming schedule for the team is not that difficult especially if the team is able to fend off the Hornets here. However, the question remains can the team ultimately end up sealing the eighth spot at least because the Hornets are rather playing well.

The Hornets have addressed the urgent situation well so far

The Hornets fell off the radar in January and February but have done much better this month. They have won six of the last seven games but will need to do much more because they are still in a heavy shot to claim the eighth spot. Thus, winning against elite teams will be crucial, something which the team has done well. The team does have three 20+ points scorers in Ball, Bridges, and Rozier and when the scoring balance is on point with all three figuring in the 19-25 points range at the same time, things are bright for the team. The Hornets have played much better defense compared to earlier and they will be hungry to keep the rhythm on.

Points Range: With Kyrie and Durant in their backpack, the Nets can field a highly effective offensive charge regularly, and they have shown that it is possible to score 110 or more regularly. However, during most of the gams recently, the Hornets have played postseason level defense and except for the game against the Knicks, they have held their own in that department. With three high-quality scorers in Ball, Bridges, and Rozier, the Hornets also threaten to breach the 110+ but the form of Kelly Oubre Jr. in the second half of the season has been a bit deflating. Caleb Martin has done well at the defensive end off the bench and if he steps up his scoring, then the team can also benefit. I think this can be a high-scoring game ranging from 230 to 240.

Prediction: Although the Hornets-based games are not high-scoring as earlier, I believe this can be a shootout type of scenario. I do believe the Nets playing last night against a physical Heat can impact the scene but the win can also bolster the confidence further. I do think that the trio of Bridges, Rozier, and Ball will show up with a big performance but so will the Nets. I do believe the Nets can be surprised here and the Hornets can beat them 120:116.