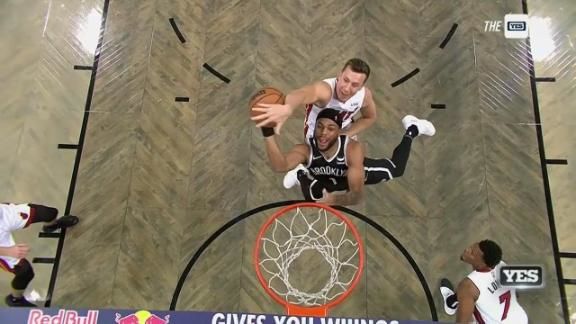 Isn’t NBA strange! There are teams that are at the top of the table for two-three months and then all of a sudden they are among the eighth-ninth placed stack. Meanwhile, a team can be in the middle of the pack till mid-season but then soar up to reach around the top or even to the top of the Conference. Of course, injuries, team chemistry, and a lot of dynamics shape up the league but one other reason for the up-and-down rhythm is also the way the league’s competition reacts to different windows. The NBA betting has become tougher recently as multiple opponents keep throwing the odds out of the window. Keeping that in mind, let us jump into the battle between the Brooklyn Nets and the Miami Heat.

The Nets are one of those teams that can lose all semblance as the season ticks on. After the James Harden-Ben Simmons trade, things have only gotten worse for the squad and it seems like with each day, the Nets are thrown into the lower rankings. However, in a piece of great news for the Nets fans, Kevin Durant will likely make his return in this game versus the Heat. Talking about the Miami Heat, unlike the Nets, they have gotten up the ladder with each month and right now sit at the top of the Eastern Conference throne. Although they lost by one point to the defending champions Bucks, they have managed 41 wins and just 22 losses, winning eight out of their last ten games. As they play a second game on the second night potentially against the Kevin Durant-led Nets, can they be starting at a second loss in the row? To know my game total and result prediction, go to “Expert Betting Tips”. For my predictions related to players, go to “Player Performance Prediction”.

Durant will give the much-needed potion

The Nets lost more than 80% of their games with Durant out of the picture. Surely, this doesn’t paint a healthy picture for a squad that is in the wild goose chase that the Eastern Conference is becoming with each month. Therefore, something special will be needed from here to concretize their chances. The trouble is that the Bulls, Sixers, Bucks, Heat, Celtics, and Cavaliers all look more formidable than the Nets overall, especially the former five of these teams. But yes, when you have Kevin Durant in the mix, it is difficult to bet against him. Ben Simmons will take some time to arrive, Irving may be eligible to play home games soon but to be honest, the Nets have fallen behind way too much in a much deeper Conference this season.

Heat has made a significant charge

Miami has built a solid unit this season and their defense especially looks picture-perfect for the Playoffs. There are multiple hustle players, brilliant individual defenders, and the team can be a handful when the game slows down during the postseason. It will be important for the Heat to seize the top spot in the Conference because teams like Bulls, Sixers, Bucks, and Celtics are looking hungry right now and can go for the kill soon. Hence, once the Playoffs arrive the Heat will face stiff resistance in the East. Their status has been elevated due to the signings of Kyle Lowry and PJ Tucker while Tyler Herro has taken his game to another level. The Heat is yet to build a substantial separation from the other squads in the East(unlike the Suns in the West) and they will need a big push to maintain their top place.

Assuming these athletes are available, these are my predictions related to their performances:

Points Range: Do remember that the Heat will play a second game on the second night and can be tired after a close affair against the Giannis-led Bucks. However, I see them motivated to put on another strong offensive showing. But with Durant back, the Nets will no longer be fearful of scoring fewer points this time around. It will be interesting to see how Durant will respond to the long absence but by now, he is experienced enough to deal with these issues. Somehow, I see a strong offensive start from both teams but a lean finish in a tight game probably. I see both teams scoring above 106 points range here. I believe the total points range here is 220-230.

Prediction: As mentioned above, the Heat played last night and that was also a game away from home but I see them capitalizing this time even with Durant returning for the Nets. I see the Heat shutting down Durant but he may also get a major stretch in any one period. I see Bam Adebayo dominating the Center match-up here while Butler and Herro aiding his efforts as the Heat will likely get better scoring balance. I see the Heat taking this game 113:108.