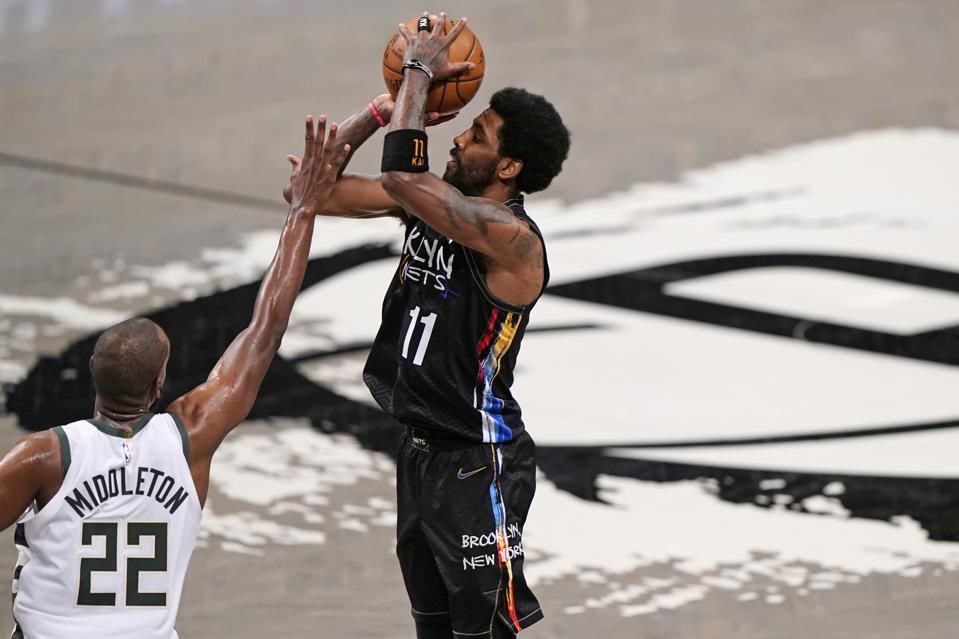 The Eastern Conference is currently in a heated battle for the top spot and we have had a lot of fun witnessing different teams jostle for the top-four ranks. Miami Heat pulled through somehow in the last game versus the Celtics and the win once again puts them at the top of the table. A couple of losses for the 76ers have put them a bit behind but they are still in the range to acquire the first rank. In this Eastern Conference game, Milwaukee Bucks, another favorite for the top spot will visit the Play-in contender Brooklyn Nets.

Nets are on the hunt

The Nets have two of the best scorers to play the game in Kyrie Irving and Kevin Durant, both players still in their prime for sure. If these two would have been playing together even for the 80% of the season, the Nets would surely have been among the top teams in the East. Still, thanks to Kevin Durant’s recovery from injury, they have managed to hold on to the eighth spot but will need a bigger push because the Hornets are closing in on that spot. The Nets will have to beat the 76ers in this game because with the way Hornets are playing, matters can become tricky. The benefit of finishing at the eighth spot is that you can lose the battle against the seventh-seed team in the Play-in tournament but still remain in the shot to get in the Playoffs’ first round if you beat the winner of the game between the ninth and tenth seed.

The Bucks need not worry about the Play-in tournament, however, they’ll surely like to finish in the top two as it means a home-court advantage till the second round at least. The title defenders have shown that they take their game to another level during the Playoffs, picking up the intensity on both ends of the floor. Giannis has had some memorable performances in the postseason whereas Khris Middleton has had some games where he single-handedly hoarded victories through big scoring nights. Jrue Holiday runs the show at Point and he has had an even better offensive season compared to the last season, which surely bolsters the chances of the Bucks making a deep postseason run. Brook Lopez’s return bolsters the inside defense whereas a lot will depend upon Pat Connaughton, Grayson Allen, and Wesley Matthews making their open shots, especially the former two.

Considering these players are available, below are my player-based stats prediction:

Points Range: Both teams have been electric on the offensive end lately as the Bucks pulled off a 118:116 win against the 76ers away from home. Considering that the Playoffs are near and the team will play another road fixture, the Bucks might have one of their special offensive games. The availability of Giannis usually makes a difference in terms of the scoring column and his absence has at times made it difficult for the Bucks to go past even 107 or so. Defensively, the Bucks are a bit better than the Nets but on their home floor, the Nets can play at a high keel. I believe the total points range here is 230-240.

Prediction: Playing at home and with Irving and Durant in their quiver, the Nets will be confident about their chances even if they are playing against high-octane Bucks. The role of Durant will be huge especially if Giannis plays and the latter can make life difficult on both ends of the floor but we know Durant has been able to stack up the quality offense even against tough defenses. However, I believe if Giannis is active then the Bucks can sneak out a 121:116 win here.