Brooklyn Nets vs Minnesota Timberwolves: Minnesota has shown the fight 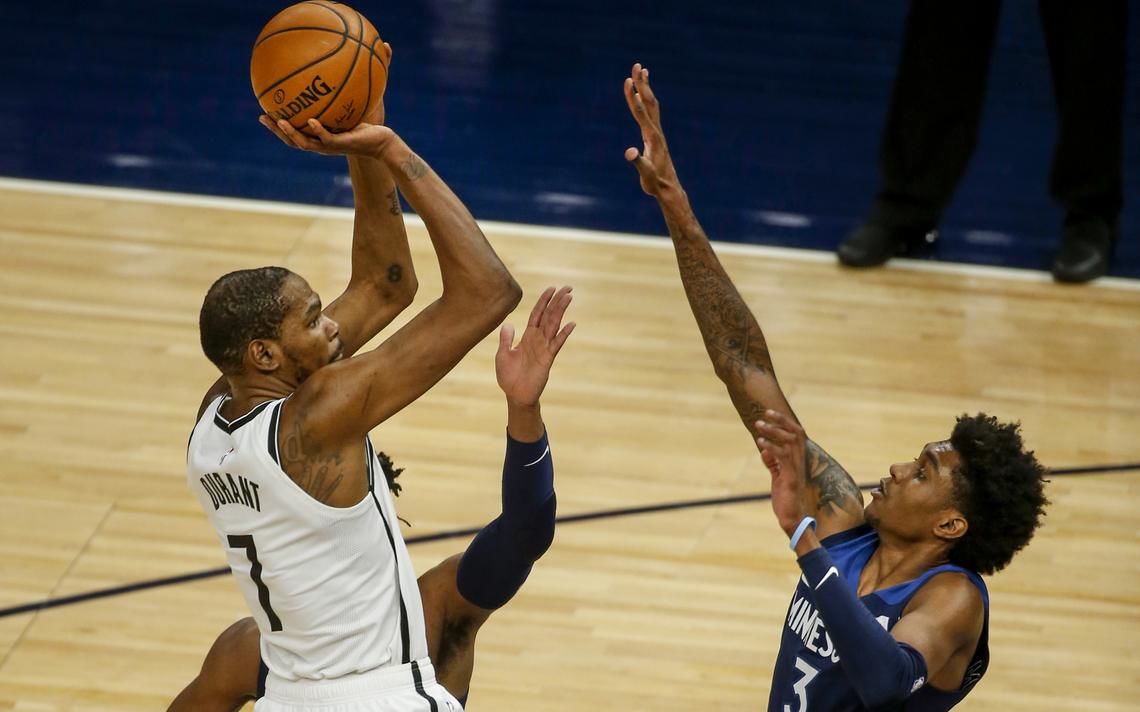 Injuries have started to become more frequent in the league right now and we can be without many major players now. Meanwhile, in this cross-conference match-up, the Brooklyn Nets will host the Minnesota Timberwolves. The Nets have won 15 games and lost 6. Meanwhile, Minnesota has won half of its 22 games. For an overview of the match-up, head over to the “Notes” section.

Brooklyn Nets: It is really a surprise that the Nets have loaded up 110-125 points regularly this season. With James Harden and Kevin Durant, you get two top-notch-scorers and while Harden is an elite passer, Durant is no less lucrative with that skill. The advantage with these two is that they can be ball handlers, off-the-ball players, and create a ton of shots for the team. The Nets are expected to hover around the 110 points range on most nights. Nets are shooting 37% or so from three, which places them in the top-five.

Minnesota Timberwolves: Minnesota struggled early in the season to get near 105-110 points but for the last few days, they have hit the 107-117 points mark on a regular basis. The offense has certainly improved mostly because Karl Anthony-Towns has become more assertive recently. Edwards can supply around 20-25 regularly, Russell can dip in 17-22, and even if the bench is not deep, Malik Beasley provides 10-15 points consistently. The Timberwolves can miss Towns for this match so that can be a big blow to their schemes.

Hands-up at perimeter for both teams: These are the two best perimeter defenses in the league percentage-wise. The Nets allow below 31% while Timberwolves below 32% from the three-point line. Nets hold teams to under 43% from the field while Minnesota holds them to under 44%. Both teams have defended well but rebounding is not the strong suit, especially for Minnesota. The team has allowed opponents to take away more than 12 offensive rebounds a game and the squad is the worst in that regard.

Points allowed: Nets have allowed 110+ points consistently but their loaded offense makes up for it so teams are usually playing catching-up. It can be argued that Minnesota’s defense has weakened a bit with Beverley out and the team has allowed 113 points or so regularly these days. But don’t get me wrong, these are not too poor defensive squads on average, there are times when teams are caught up in dry spells and the inflated scoring can be a result of not poor defensive efforts but a desperate effort from oppositions.

Nets have two high-yielding iso scorers in Durant and Harden who can put up 30 or more on their best shooting days. The Timberwolves are outmatched at the PG and Wing positions. The Timberwolves also have three top-quality scorers in Russell, Towns, and Edwards, but if Towns ends up missing the game, it can hurt the Wolves. If he plays then he can outmatch the frontline of Nets with Jarred Vanderbilt. The match-up battle off the bench and among role players is largely evenly matched up.

Prediction: I give Brooklyn an edge here, first, the team is playing at home, and secondly, the team has two superstars. Even if Towns play, I think the Nets will extract a win here. The scoreline prediction is 116:103 in favor of Brooklyn.