Brooklyn Nets vs Philadelphia 76ers: Brooklyn has the edge over Philly 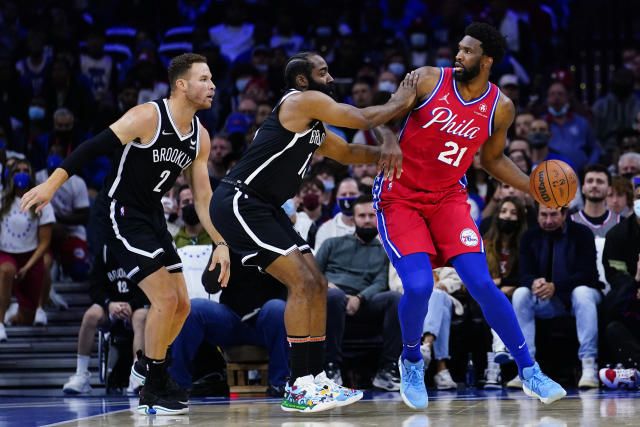 COVID-19 is not making the job any easier for any team that has to play a 82-game season and there is a reason why the league has allowed the signing of replacement players on a regular basis while also decreasing the quarantine period. Now, in this game, the Brooklyn Nets will take on the Philadelphia 76ers. Nets have won 23 games and have nine losses which makes them the number one team in the Eastern Conference, on the other hand, the 76ers have won 18 games and 16 losses, claiming their of the last four games. The Nets have won even without Durant and Harden playing together for around a couple of weeks. Now, with Durant and Harden coming back into the fray, the team has two ace-like players. How can the experienced 76ers team counter the loaded Nets? For my total and game prediction, go to “Expert Betting Tips”.

Kevin Durant and James Harden factor: Kevin Durant and James Harden have scored 30 or more in multiple games this season, but earlier, when Durant was pouring around 30-35, Harden had a shooting struggle and he failed to make his mark from outside. But now he has scored 30 or more in multiple games, which means he is gaining rhythm too. This is not a welcoming sign for oppositions who already have their hands full against the high-scoring Kevin. Now imagine guard Patty Mills has also scored 18 or more in many games during recent weeks, shooting six or more triples a bunch of times. With Aldridge, Claxton, Bruce Brown, and Bembry healthy, the Nets look like a formidable team that can make a deep Playoffs run.

Philly has potential: It is clear that without Ben Simmons, the offensive flow of the 76ers have been hurt big time but even then, you get an experienced and seasoned lineup in Harris, Embiid, Seth Curry, and Embiid with Embiid being on fire for the last four-five games, scoring 30 or more at an elite clip, grabbing big-time rebounds, and making important players on both ends down the stretch. The bench has been a weakness, with Green out, but then players like Shake Milton, Furkan Korkmaz, and returnee Andre Drummond have not been a huge factor on both ends of the floor. Yes, but with Maxey also in the mix, the team can have multiple iso scorers, the 76ers can field a substantial attack.

Points Range: Now, I guess with Durant and Harden around, the Nets can field a high-scoring lineup and with Mills also around, the offensive flow, scoring wise and playmaking are also in full supply. Now, if Nets hit their outside jumpers and also make crispy passes, they can open up inside driving lines, while making sure there is a constant pressure on the defense from different angles of the floor. On the other hand, Philly has a lot of potential on the offensive end but they have exactly not been clinical on that side of the floor. The Nets can field an offense that can score around 115-125 points while Philly has the potential to score at least 105 points. I think the overall points range here is 221-231.

Prediction: Philly has the potential with their multiple scoring options, strong defenders, battling hustle players, but they haven’t tapped their full potential. On the other hand, the Nets have been one of the best defensive teams when Durant has been around and James Harden has also returned to his full rhythm recently. Now, it is clear that with Harden and Durant, the Nets can negate multiple match-up advantages but if 76ers can sort out their offensive lapses, they can field a powerful attack.