Brooklyn Nets vs Toronto Raptors: Stiff task for the Raptors 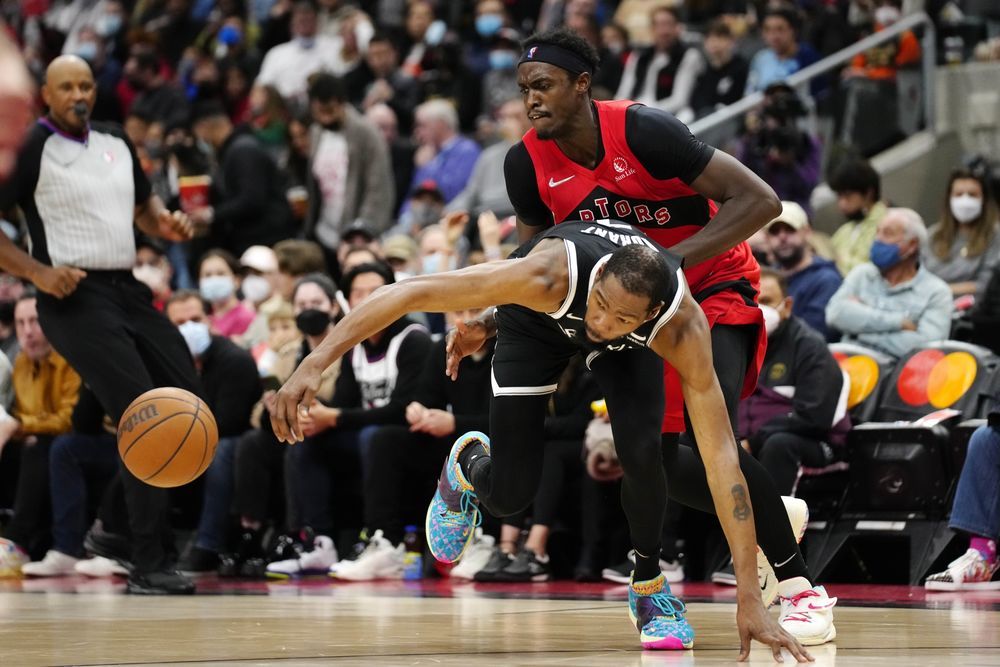 The NBA betting is not an easy task by any means as teams can flip their scoring, winning and losing fortunes within a short window. Still, we try and we strive to get it right as much as possible, rest is upon a lot of factors. In this game, the Brooklyn Nets host the Toronto Raptors in an inter-conference battle. Nets have the best record in the East while the Raptors have won four out of their last five games but still are one game under the 50% win record. Can an exhausted Raptors unit tackle the Nets threat? For a quick look, go through “Notes”. For “Total” prediction, go to “Expert Betting Tips”.

Superstar factor: Unlike the Nets that have two superstars in Kevin Durant and James Harden, the Raptors team is based upon sharing the workload and instead of relying upon star power, the team witnesses different actors stepping up in different games. However, when you field such a team, a strong bench is required to pull through in tough games, which is not the case for the Raptors. See, even the Nets are not that deep and compile most wins through the firepower of Kevin Durant late in the game and the playmaking abilities of James Harden but the team has a huge advantage with two all-around players who can turn the game. This is not a knock on the vastly talented Toronto team but it is just that if you put two first ballot Hall-of-Famers in the same team, most of the time, the results will be in their favour.

Still the team has options: One thing that jumps about the Raptors is their frontline. Chris Boucher has elevated his game ever since he has become a starter. Meanwhile Barnes and Siakam inject a lot of life at the Forward positions. Meanwhile, the backcourt of Fred Van Vleet and Gary Trent can combine for 30 points a game. The bench has been an issue but Justin Champagne has given some big-minutes recently and the output has increased a bit during the last few games. Surely, not having OG Anunoby hurts the team depth quite a bit but the Raptors can surprise a lot of teams with their length and athleticism up-front.

How offenses play out: The Nets can use Kevin Durant and James Harden to set it up at the perimeter and develop the offense in a multitude of ways. The Nets can score 110-120 points on a regular basis. Brooklyn also has LaMarcus Aldridge who can dip in 13-18 points while Durant has put up 30 or more on a consistent basis with Harden dishing 9-14 assists routinely. On the other hand, the Raptors’ scoring range has been in the 90-105 points range against elite teams and since Nets are an elite defensive unit, Raptors chances of getting 110 points can diminish against the Nets defensive effort. One thing is for sure, the Raptors will have to employ a strong defensive effort to contain Durant. I believe if they stifle Durant’s charge, they can come across with flying colors here.

Points Range: If Durant plays here, then a 110+ points range will not be out of the question for Brooklyn. Yes, Toronto has kept it tight defensively but the team has also faced squads who have struggled on that recently so it can paint a misleading picture. With a sturdy frontline, Raptors can disrupt Durant with their length but Durant has seen too many games in his career with much more strict defense. I think if Toronto wants to keep the game in the 100-108 points range, it is a must to contain Durant. On the offensive end, I believe the Raptors can score 100-110 points if the team gets more from the bench. For me the points range here is 210-225 points.

Prediction: Brooklyn is the favorite here, Raptors come into this game after playing one previous night but winning four out of their last five games would have certainly accelerated the confidence of the squad. If Durant and Harden play, they will be tough to contain for the Raptors. I think Brooklyn has a 62% chance of seizing the game while the scoreline seems to be 111:104 here.