Brooklyn vs Cleveland: not the right time to bet on the Nets 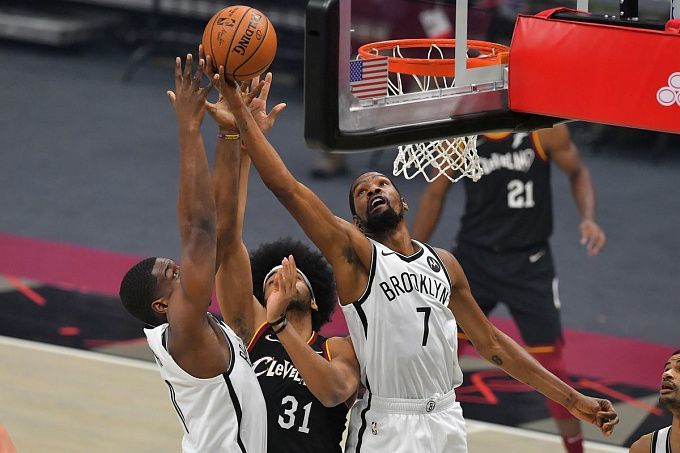 Brooklyn had a terrible home match - they lost to the Golden State Warriors by the end of the third quarter. Now Steve Nash's team will host a game with Cleveland. Will the Nets be able to rehabilitate themselves?

Brooklyn Was Tried and Found Wanting

A lot was expected from the Nets vs. Golden State match at the Barclays Center. Brooklyn had to demonstrate how determined they were to win the championship title. However, the result of the meeting showed the opposite – Brooklyn, in its current condition, is not yet ready to fight with the Warriors as equals. Now only this can be an indicator of favoritism.

A crucial moment happened in the third quarter, which ended up with the score of 35:18 Warriors and Brooklyn, respectively. The final score of 99:117 proves that the Nets are still experiencing playing difficulties on both sides of the court. In other words, James Harden doing offensively, even as a point guard, is still unimpressive. In fact, Brooklyn starts getting better in attack only when the team focuses on isolation for Kevin Durant. At the moment, Kevin Durant may be the best in the league in a face-to-face attack, but it is clear that he alone cannot decide the matches. Although in last year's playoff series with Milwaukee, it almost happened.

As of today, J. B. Bickerstaff's team occupies 2nd place in the effective protection rating. Only Michael Malone's Denver misses fewer balls. In terms of 100 possessions, Cleveland has only the 9th defense, but it's still a pretty good result.

In anticipation of the match with Brooklyn, Cleveland has only one win less than their challenging opponent. With a 9-6 balance, the Cavaliers have 5th place in the Eastern Conference. This is undoubtedly a good chance for a decently played season. However, the further it goes, the more troubles the team will face. The reason is injuries. The young players who make up the core of Bickerstaff's team can no longer be up to the stress that the defense-oriented coach subjects them. After Collin Sexton, who was apparently ruled out until the end of the season, the Ohio team also lost Evan Mobley, who had an elbow injury in the previous match with Boston. What is important, the recovery period is much shorter - from 2 to 4 weeks.

There is a reason why bookmakers are wrong when they don't believe in Cleveland in the upcoming game. Brooklyn just held back-to-back after the unsuccessful match with Golden State, and the Cavaliers are in fine form at the start of the championship. The injury of Evan Mobley bothers the Ohio team a little, but it cannot be an obstacle – after all, Mobley, even though he was in the starting lineup, is only a beginner.

Forecast: Brooklyn will probably win, but with a difference of no more than 10 points. The game will be hard-fought for the Nets.