Charlotte Hornets vs Atlanta Hawks: Potential for a high-scoring game 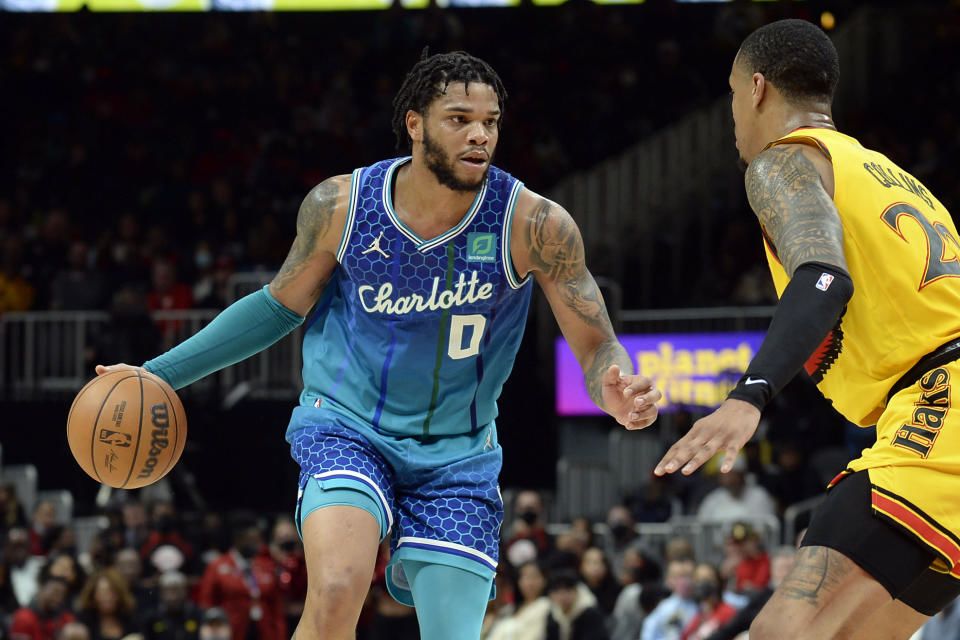 NBA Betting is a fun-filled affair, sure, like teams, you can go on losing streaks but you can also build some impressive streaks. Different writers give out their predictions based on the available metrics and well, bettors are in for a hunt when it comes to figuring out what options they can stake to maximize profits. There are some people who are using computer-based models, running a multitude of simulations, and who knows if that is the future of betting. For me, this is not as fun, I like to use my own gut, work out my own analysis and then reach different picks, what is it for you?

Anyway, in another betting carnival, the Charlotte Hornets host the Atlanta Hawks in an Eastern Conference match-up. The Hornets have won 26 games and have 20 losses, right now on a three-game winning streak. Meanwhile, the Hawks have registered 20 wins and 25 losses, also, on a three-game winning streak. The Hawks are on a three-game losing streak away from home and despite the recent welcoming returns, their overall campaign has been underwhelming for the most parts of this season. On the other hand, the Hornets have shored up their defense and are doing a wonderful job on that end lately. Can the Hornets showcase their improved defense against a team that likes to put up a bunch of points like them. For my game result and total prediction, go to “Expert Betting Tips”.

Hornets are offensively loaded and have played much better defensively

The Charlotte Hornets have been an interesting team since the beginning of the season because of their ability to put up a bunch of points and many times, they have scored as much as 40 points during a quarter, clearly indicating that they can widen the gulf through their offense. However, earlier in the season, they were among some of the worst defensive teams and engaged in shootouts after shootouts. This has changed recently, the Hornets have played some of their if not the best defense this month and that is why they have won the last seven out of eight games. This change in the defensive scheme really makes Hornets a force as the season has entered its second half.

What makes this Hornets team special is the fact that the Charlotte squad has so many offensive options on isolation, off-the-ball, slashing, driving, and shooting-wise, that even if two of their players are shooting poorly, they have multiple other players to pick up the slack. Terry Rozier has been super offensively this month, usually scoring 20+ points and he is not the only high-yielding offensive option. LaMelo Ball, Miles Bridges, Gordon Hayward, Washington, and Oubre are also brilliant offensive players and bring a versatile offensive skill set. What makes this work is also the fact that Ball, Rozier, Bridges, and Hayward are also all terrific passers. Overall, if the Hornets continue their recently defensive mannerisms, they can reach a top-four ranking in the East.

Atlanta has been among the top offensive squads like the Hornets and they have shown the potential to ramp up great scoring runs in a short window. However, unlike the Hornets, the Hawks’ major offensive deployment is dependent upon the leading scorer and playmaker Trae Young. If he fails to click during some games, the team’s offense can suffer, which is not the case for the Hornets, who have more shot creators and playmakers. Yes, Hunter has been phenomenal lately, Collins supplies offense at the big Forward position and Huerter has also played well on that end but Hornets surely have more players who can take games over their offensive prowess. And the Hawks also don’t have the same bench strength as the Hornets

On the defensive end, the Hawks have struggled even more than the Hornets and that is the reason why they lost five in a row before going on a three-game winning streak. The Hawks have not played serviceable defense through the season and they have looked flat during many possessions. It is clear that the Hawks’ effort can fall short if either Trae Young has a tough night or if they have multiple low-scoring quarters. If the Hawks can address that issue, they can once again get around the 50% win record but I have a feeling that they are going to lose the way again.

Points Range: What a fun discussion when it comes to the Hawks and Hornets, two teams who love to swim in points. Well, no matter how the Hawks have fared this season, their offensive efficiency is among the best squads. The Hawks have scored 110 or more in four of the last five games, which is indeed a significant return. Meanwhile, the Hornets have scored 111 or more in two games straight and that has been the case for them during the majority of the games.

Both teams have also breached the 120+ points mark time and time again this season and that is why I said that this has the potential to be a high-scorer. Defensively, as stated above, the Hawks have struggled big-time and even lately, they have been conceding 110 or more on a regular basis. On the other hand, the Hornets have held teams to 102 or lower in five of the last six games. I don’t see the Hawks going below 105 but I think the Hornets will restrict them under 111. I think the Hornets will go past 110 in this game at least. The total points range seems to be 220-230.

Prediction: The Hornets have been playing their best basketball on the defensive end and they have communicated well on that end lately. However, the Hawks are on-song offensively and I think they will surely challenge the Hornets’ defenders. One key for the Hornets is containing Trae Young who can take over games through both his scoring and playmaking. Meanwhile, the Hawks will have their hands full against the Hornets on the defensive end. But guess what, I think they will be more motivated on that end, but ultimately I see Bridges and Ball coming on with a strong offensive output here. I think the Hornets will take this game 119:109.