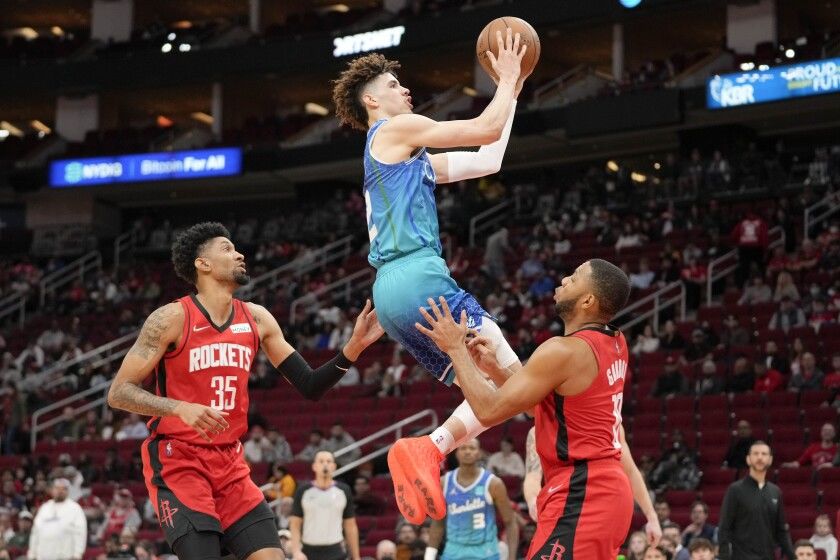 COVID-19 continues to throw dust over gameplans of squads and we are left with makeshift rosters on numerous occasions. Still, the flexibility shown by the NBA administration showcases how desperate the league is to field all its games as the risk of postponements has only ballooned with each day. In this game, the Houston Rockets pay a visit to the high-scoring Hornets in an East-West tussle. The Rockets have lost 23 of their 33 games while the Hornets have won half of their 34 games this season. The Hornets have fared better but the Rockets have some decent scorers, can Houston exploit the Hornets’ weak defense? For a quick look, head over to “Notes”. For game result and total prediction, hop over to “Expert Betting Tips”.

Hornets love affair with offense: Hornets are a deep scoring lineup even with Bridges and Washington out. LaMelo, Rozier, Oubre Jr., and Gordon Hayward can all chip in with around 20 points consistently and the team has the potential to put up 110+ points. Although they have not scored 115-125 points as much as they did before mid-December, the Hornets hold the promise to expand the points range even against elite defenses and they are not going to face an elite defense here so the promise is even more prominent. With four shot-creators and a decent bench, you’d expect the Hornets to keep on the offensive pressure. Is LaMelo Ball going to explode for a 25+ points night here?

Rockets back to old ways: The Rockets’ trajectory has been ebb and flow. The team lost 14 in a row and then went on a seven-game winning streak to many people’s surprise but has lost seven out of the last nine games. It is not surprising that the team has lost this much, the squad is rebuilding and many of the players who have performed are usually in the tertiary or secondary roles rather than the primary roles in their career. Even then there is some scoring threat with Gordon and Wood lurking, who have propelled the team to 106 and more a bunch of times. Against a below-par defense of the Hornets, Rockets will have their scoring chances for sure!

Points Range: Two poor defenses can mean a potential for a high scorer and indeed with the Charlotte Hornets and Houston Rockets games that has been a major trend. Now look at the total points lodged during Rockets games recently: 224, 232, 251, 223, 219. The Rockets games barely goes under the range of 219 or so. Meanwhile, these are the last five totals of the Hornets games: 222, 214, 243, 241, 246. It is clear that these two have engaged in high-scorers and a high points range is not going to come as much of a surprise in any case. I believe that both teams will go past at least 110 here and the total points range seem to be 227-240 here.

Prediction: Playing at home the Hornets of course has the good ol’ home court edge. Meanwhile, if Ball, Rozier, Hayward, and Oubre Jr. are good to go here they can combine for a formidable scoring night and I think Hayward is now due a big night and will get off his shooting slump here. For the Rockets, the only pronounced edge is at the Center position with Christian Wood’s match-up against Mason Plumlee but that edge may not turn this into a Rockets win. I think the Hornets will win here 124:109.