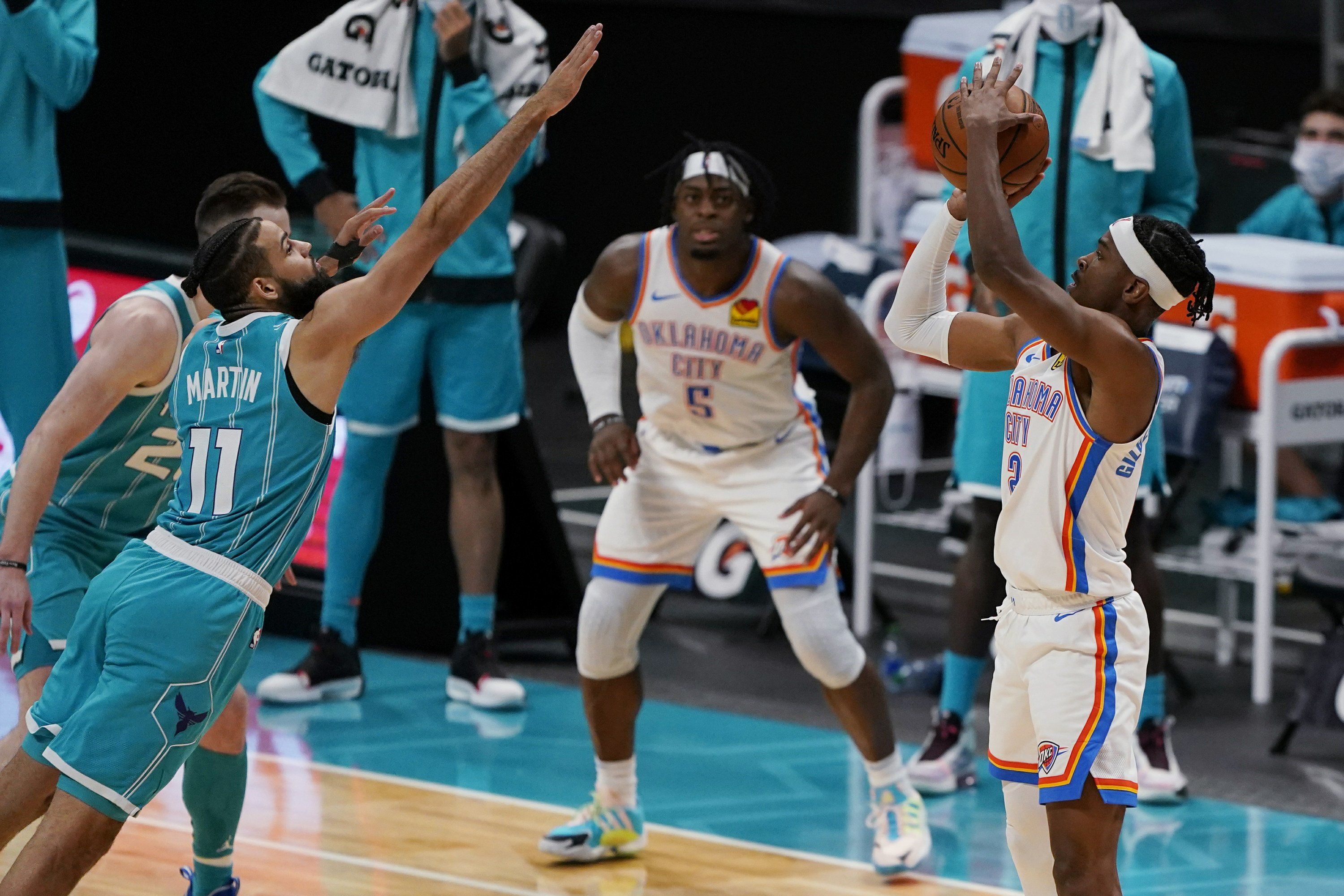 NBA midseason is at our doorstep and it can mean an active trade participation for many teams as some of the rosters look to fill in the gaps and shortcomings developed over the course of the season. For some teams, the season has gone on as predicted while others have improved considerably, lifting the game on both ends of the floor. In this game, the Eastern Conference challengers Charlotte Hornets battle against the Western Conference rebuilding squad Oklahoma City Thunder in an East-West tussle. The Hornets have 25 wins and 20 losses, compiling six wins in the last seven games and playing high-brand of basketball both at home and away from home. The Thunder has been a below 40% win team, right now sitting with just 14 wins and conceding 30 losses, losing eight of their last nine games and struggling to get around most elite squads. The Hornets have struggled on the defensive end for most part of the season but this months, their effort has improved significantly. Meanwhile, the young Thunder team has been a decent defensive squad throughout the season but their offense begs improvement. Can the Hornets continue winning this month against a vulnerable but feisty Thunder? To know my game total and result prediction, jump to “Expert Betting Tips”. For my player-based prediction, jump to “Player Performance Prediction”.

Hornets have a wonderfully built isolation heavy, off-the-ball capable team that is blessed with talented passers. The Hornets have now also improved their defensive side of things and that has been the major reason why they have succeeded to clinch wins this month. Earlier, the team was struggling to catch-up on assignments. Well, Bridges has been a spark on the defensive at the wing position and with his ability to recover and use his athleticism to stall the offensive players from the other team, the Hornets have gained some cohesion on that end finally. The team has limited the second-chance opportunities and has also improved at the rebounding end recently.

Offensively, while it true that the team is not having their usual 120+ points games which became a norm early in the season but see as the season progresses, multiple players also feel fatigued so to make up for that the team has battled it on the boards and the defensive end. Now, the Hornets are also doing a great job of closing out games and notching close games. Terry Rozier has been the most consistent offensive player these days for Charlotte, constantly grabbing 20+ points for the team and making some key late-game shots. With passers like Ball, Hayward, Rozier himself, and a highly dependable Bridges who can trigger things with his outlets, the Hornets are able to run and get some quick points. Off the bench, Kelly Oubre and PJ Washington are also more than capable scorers who don’t let the flow get stifled. The Hornets have led the league in pace and this ability helps them to generate more shots at the rim on average.

Thunder doesn’t have as many options as the Hornets on the offensive end. With Dort and Shai often going to cold streaks, at times, Oklahoma City runs out of options to go on the offensive end. The trouble for the Thunder also has been the lack of bench support scoring-wise, however, some other players like Aaron Wiggins and Josh Giddey have done well to elevate their scoring as the season has progressed. One shortcoming that the Thunder squad has is the lack of three-point shooting which doesn’t enable them to open up driving lanes and with Dort’s inconsistent long-range shooting, the team has at times struggle to piece together quality offensive possessions

Still, on average, unlike many rebuilding squads, the Thunder has showcased some terrific defensive discipline. The young and athletic team has been unable to curb the flow of quality possessions during many games and this is a great sign for a developing team that has high-potential with defenders like Giddey, Robinson-Earl, Dort, Shai, Wiggins, etc. For the Thunder, the current record doesn’t bring much surprise, considering that their roster is mainly made up of young and work-in-progress type of players. What is the future of this promising team? At least the defensive end has displayed that this team can develop a grind-out style down the line.

Points Range: Hornets have usually scored in the 109-114 points range recently after they were notching 115+ on a regular basis so they are surely due one such night. On the other hand, the Thunder has usually scored in the 96-102 range during most of the games this season. But you know, in the NBA, you don’t know when these ranges are dusted off and they indeed are brushed aside during a plethora of games. I think the Charlotte offense will click here even against a Thunder team that has shown the capability to keep squads under 100 or so regularly but I think this will not be the case here. Yes, the Hornets have had some below 100 games this season too but I think they are going to come firing in this game, especially from three-point line. I see them going past 110 at least while I see Thunder getting around 105. I think the total points range here is 210-220.

Prediction: Well, taking into account the overall record, the current trends, you’d think the Hornets have a clear-cut advantage and surely with their offensive game, they can rattle multiple opponents. However, in the NBA you can’t discount teams with even below-par records, you never know if they are in for a hot night, but I don’t think this will be the case here. I feel that Bridges, Rozier, and Oubre Jr. will come firing out of the gates here and the Hornets will put on a show on offense here. I take them to win this 117:103.