Charlotte Hornets vs Orlando Magic: Are Hornets figuring out their defense? Can they win five in a row? 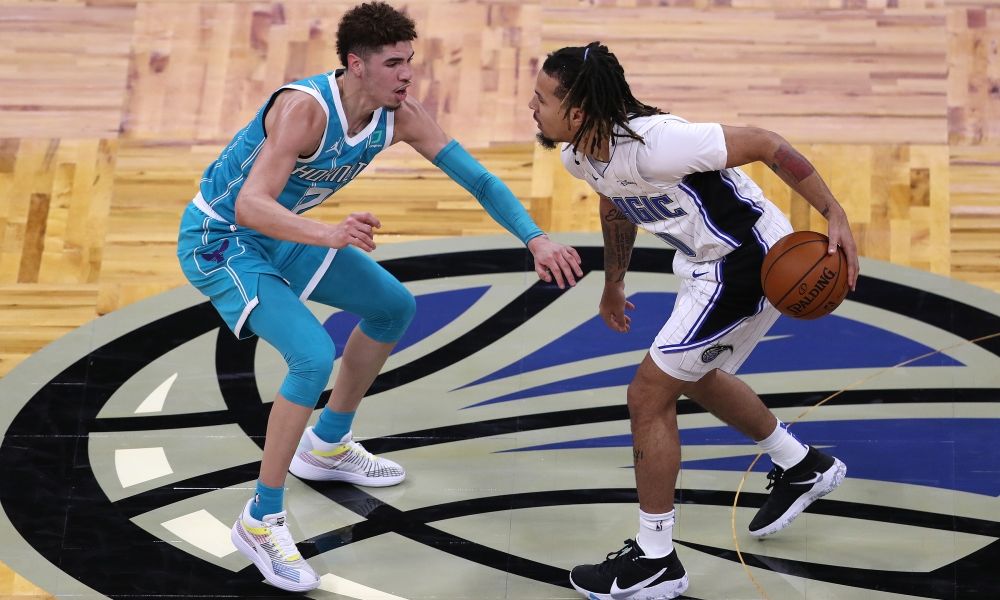 NBA betting is a strange world, while I acknowledge that there are some obvious favourites before the games, but hey, there are a lot of times when the odds are left to dust. Still, credit to bookmakers, they have a handle on things and can get it way too close at times, whether it comes to the spread(handicap), points total, or various other metrics. Anyway, I am not a bookmaker and I don’t have that much-heralded machine model, I just have my gut, knowledge of the game, and raw analysis. And here I’d like to discuss one of the more fun teams in Charlotte Hornets who will face off against the Orlando Magic, a team that is learning the pain of rebuilding head-on. The Hornets have done well this season, winning 23 games and losing 19 games, pretty much in the Playoff picture, and they will play a team way out of the playoff picture in the Orlando Magic, who have collected 7 wins and just 35 losses, having the worst record in the league. The Hornets have won four in a row while the Magic have lost ten in a row. Well, it is clear who will come into this as the favourites, but can Magic beat the odds? To know my total and game result prediction, jump to “Expert Betting Tips”.

Charlotte’s loaded roster: Hornets have a loaded roster, full of isolation options, a mix of youth, mid-level experienced players, and some veterans. The team has multiple players who can play with the ball in their hands, off-the-ball, shoot off the catch, create opportunities for others, dive to the rim, finish hard, are athletic, have a finesse type of game, and all-around prowess. It isn’t like that any team lacks such talent, but for the Hornets, the system is built well and there are players who play at an All-star level on the offensive end during many nights, that is my point. Rozier, Ball, Hayward, and Bridges can all clip high-level points, with Rozier, Ball, and Bridges often clipping 20 or more, while Hayward can also cross that every now and then. Washington, Martin, and McDaniels are decent options on both ends and when Oubre Jr. returns, the scoring front will also be bolstered soon. The Hornets have had trouble on the defensive end but in the last three-four games, they have been more physical compared to earlier. Can they sustain this new-found effort?

Magic’s youth shows late in game: Orlando Magic has lost quite a lot this season, in fact no team has lost more games than them. It isn’t like they haven’t been competitive, they just have been unable to close out games. To bring the point home, the team has lost six of the last ten games with a difference of 2-6 games, including an Overtime battle against the Celtics. It is clear that the team has been unable to just stay afloat till the buzzer has klanked. However, this also means that the young players of the team has given a huge fight to even high-standard teams during that period, which is a welcoming developing sign. The Orlando Magic has some exciting talent, a high scorer and playmaker in Anthony, a high-quality all-around Forward in Franz Wagner, an athletic and pesky frontline of Carter Jr. and Bamba, which means the base may be set or at least the team is developing high-value trade players.

Points Range: Even though the Hornets have scored 109, 103 in the last two games, their usual scoring range has been 110+ and in many games, they have gone past 115 or so as well. Defensively, they have mostly given away similar points or in close range, but they have held the defensive end well against high-scoring teams in the last three games, limiting opponents to 99-106 range. Talking about Orlando, they haven’t been terrible on the defensive end, limiting teams to 110 or lower in more than half of the games during their losing streak but yes, they are not an elite defensive unit either. However, they do have their struggles on the offensive end as they have been scoring mostly in the 100-106 points range with a way fewer games past 110 points in comparison to the Hornets. I think the Hornets will at least go past 110 here while Magic will be somewhere around 105. My total points range prediction is 220-230 here.

Prediction: Playing at home, on a four-game winning streak and pitched against a squad that has lost ten in a row, of course, one would favour the Charlotte Hornets in this game. The Magic have not been winning games whether at home or away, and they will face a team that has been playing wonderful ball at both ends of the floor. Hornets have the potential to be a 60% win team season-wise and they have been leaning towards that trajectory recently. That is why I believe the Hornets will win this 118:105.