Charlotte Hornets vs Philadelphia 76ers: Can Hornets sustain their scoring? 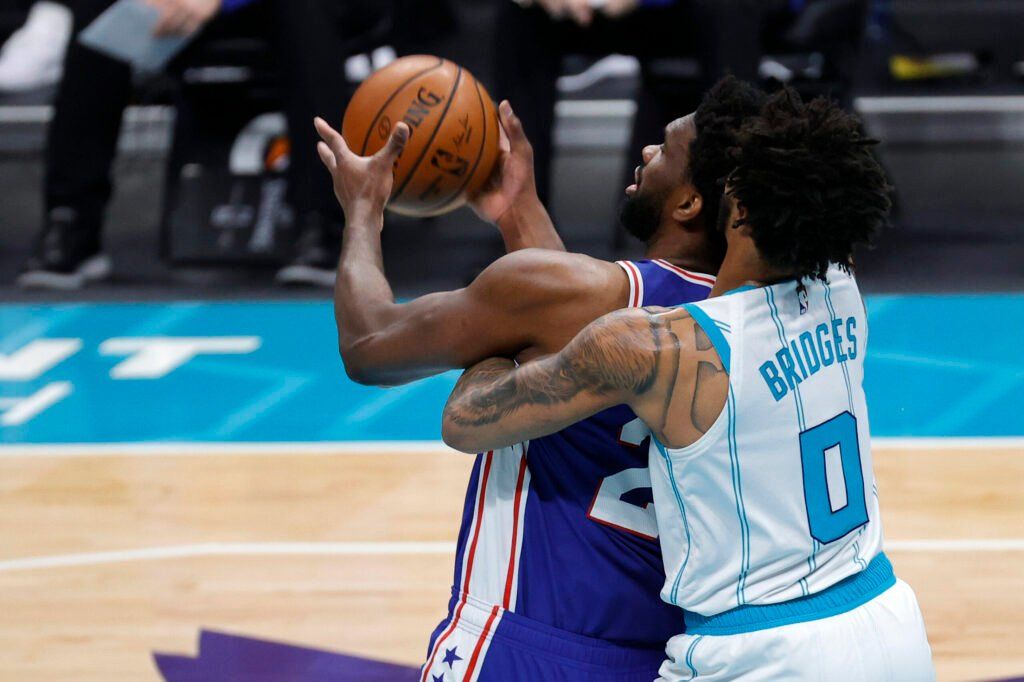 In this game, the Charlotte Hornets host the Philadelphia 76ers in a cross-conference match-up. The Hornets have won three games above the 50% win mark while Philly is just one game above the mark. Hornets usually score 120 points or more, can they sustain it? For a quick overview, head to the “Notes” section.

Let us discuss the dynamics here

Offensive edge: Hornets are by far the higher scoring team among the two. Philly has not scored 120 points or somewhere around that in the regulation for 10 days or so. Meanwhile, the Hornets have scored 125 or more in four of the last five games in the regulation. The Sixers have been ice cold recently and their pace has reduced quite a bit. The Hornets are by far ahead in points per game when it comes to Philly. 76ers have scored in the 87-101 range recently.

Why are Hornets getting more points? First, it is the pace that allows more shots. Even with LaMelo Ball and Terry Rozier(averaging 37 points combined) out, Kelly Oubre Jr., Gordon Hayward, and Miles Bridges can more than hold their own. Bridges had 32 in the last game while Hayward and Kelly can combine for 35-40 points. The Hornets have a free-flowing offense and the license to shoot is not tough to acquire. For the 76ers, Tyrese Maxey has gone ice-cold after a hot start. The guard was scoring in the 20-28 points range earlier but has scored in 9-15 points range, which is a huge loss offensively for Philadelphia. Joel Embiid has not been high-scoring recently. The team needs Tobias Harris in the mix as soon as possible.

Defensive edge and nature of game: Defense is one area where the Philly team has an overwhelming edge. The team has held opponents to 96 points or below in the last three games, which the Hornets have not done all season long. Hornets engage in heavy-scoring games where the score goes 120-130 points for each squad regularly. Philly prefers low-scoring games and likes to keep it in the 90-100 range for each team these days. This is a huge contrast and perhaps, Charlotte would not want to engage in a grind-out affair versus a pesky Philly team.

Points Range: Here we go, the good ol’ “Total” discussion. Well, you can find plenty of people talking about what bookmakers are saying and what are the odds. But I will apply my intuition/gut/analysis to see what these two squads can cook. I believe strongly that the Philly squad will at least cross the 104 points barrier here. I believe the Hornets will also breach that mark too. But at the same time, I don’t believe this will be a typical Charlotte shootout game, that chain has to end somewhere, no? I predict a points range of 210-222 here. Let us see!

Prediction: Ah, tough one since Charlotte is playing at home and looks sturdy even without their backcourt of Ball and Rozier. Perhaps the Hornets system is built in a way that the scoring is always aplenty. I am taking a risk here by predicting a 210-222 points range game since the Hornets-centric game goes as high as 250-280! Bookmakers believe odds favor Philly especially with no one in the Hornets able to guard someone like Joel Embiid. Interesting. Still, don’t feel like it is as lopsided as the odds suggest.

PSG.LGD vs Soniqs Prediction: It's Impossible for the Americans to Deal with the Opponent