Charlotte Hornets vs Washington Wizards: Play-in bound Hornets have a lot to play for 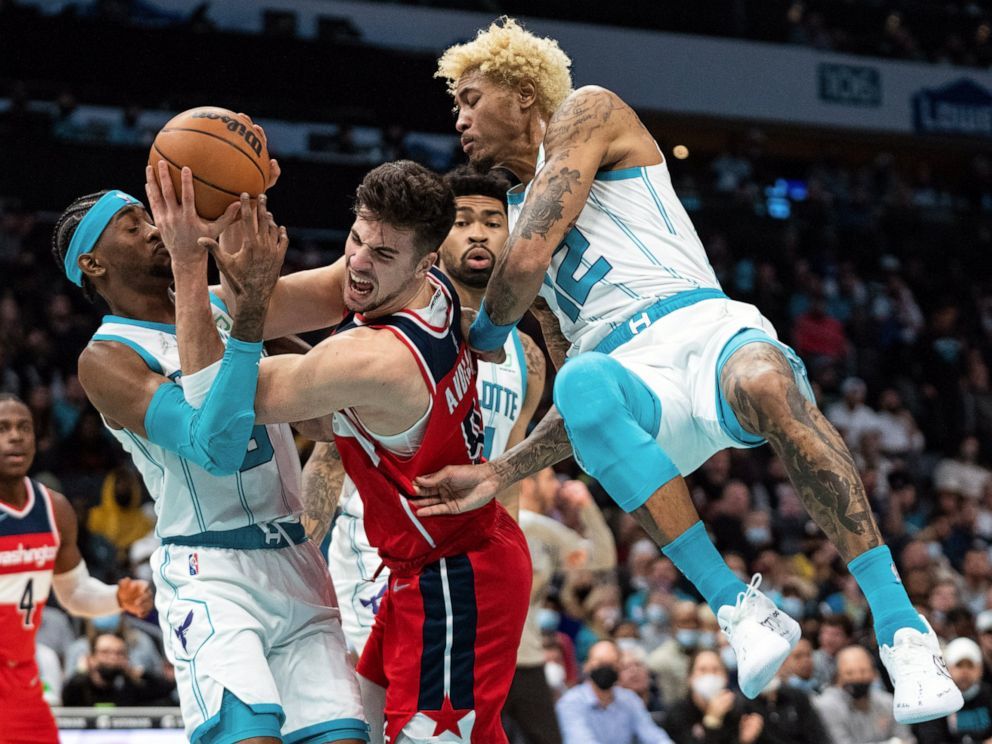 Hello NBA fans, how has it been going for you! We are into the last day of the Regular Season and there is still a lot to play for various teams. Charlotte Hornets certainly have a lot to ponder over as they will host the Washington Wizards. The Hornets have been in the Play-in bracket for weeks now and they will most likely end up in the ninth or tenth position, meanwhile, for the Wizards, the season is over.

Hornets have some issues to sort

The Hornets didn’t build a defensive identity to begin the season and now it is hurting them. Their playing style contained putting up a bunch of shots early in the shot-clock and engaging in a back-and-forth scoring game. Earlier this approach worked because the team was an elite three-point shooting team and was highly efficient but in the second half of the season, this approach didn't pay off as the defense remained the same while the offensive production dwindled. However, there have been some improvements since mid-March and the team has managed 10 wins in 14 games, which looks promising.

Bench scorer Kelly Oubre Jr. has been down in terms of scoring, but with LaMelo Ball, Terry Rozier, and Miles Bridges in the fray, the team has strong shot creators. One issue for the team has been that Centers have feasted upon the Hornets and they have been physically outmatched against much athletic and bulkier teams. The Hornets will most likely end up facing the Hawks in the first round which will not be an easy match-up but what if the Cavs slide further, to be honest, the Eastern Conference Play-in picture is still fuzzy.

The Wizards will need to be active during the offseason

This was another underwhelming season for the Wizards after a hot 10 wins and three losses start. However, the team became weaker on the defensive end and their Point Guard position was compromised all season long as Spencer Dinwiddie didn’t work out for the team. One another reason was that Bradley Beal’s production was seven or eight points down compared to last season which hurt the offensive end. There are some silver linings though.

Kyle Kuzma showed his work as an all-around wing while acquiring Kristaps Porzingis surely will help the team next season. Wizards will wish that Kristaps is healthy next season, at least for 75% of the games. If the team pairs up a strong Point Guard alongside Beal, Kuzma, Caldwell-Pope, and Porzingis, they have the potential to wreak havoc as a two-way squad but it will not be easy to clinch one. Let us see how the Wizards management go about it during the offseason.

Points Range: The Hornets have been looking to get back their defensive rhythm before the Play-in tournament but yes, they have been stellar on the offensive end for the most part. The Wizards will be playing without their key offensive players and defenders in this game which open up avenues of success for the Hornets on both ends of the floor. They will also be playing on their home floor here. LaMelo Ball has looked in great rhythm as the playmaker while his offensive efficiency has returned but Terry Rozier will need to regain his January-February rhythm to bolster the Hornets' chances. I believe the total points range here is 230-240.

Prediction: The Hornets will like to finish the Regular Season on a high note and they will get a rather match-up to attain that purpose. Charlotte is an elite offensive unit at the end of the day, something that can’t be established just on the stats but with the wealth of shot-creators. Meanwhile, the Wizards will field their second-string unit that lacks the shot creators here. I see the Hornets winning here 130:104.