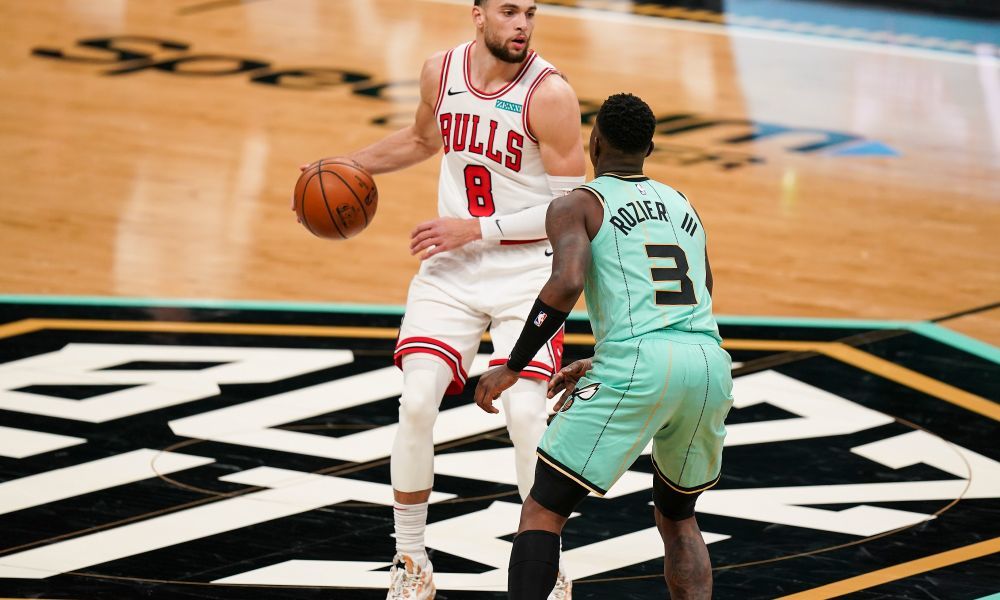 With LaMelo Ball back on the court, Charlotte continue their pursuit of the East’s top-6, where they seemed to feel so confident just a short while ago. This meeting with the Hornets might be Chicago’s last opportunity to get back in the playoff race, but it doesn’t look like the Bulls really want to get there. Let’s pick some bets on the NBA regular-season game.

Did Charlotte give it their all?

It just so happens that as soon as LaMelo Ball returned to the game everyone else is out. Miles Bridges is out for 2 weeks due to a covid protocol. Devonte’ Graham is out with a knee issue. P.J. Washington is out for personal reasons. On top of that, James Borrego still can’t count on Gordon Hayward, who seems to be finally driven out of basketball by permanent injuries.

That said, the Hornets have won 2 of their last 3 games, just since LaMelo’s comeback. Both, however, were wins over Detroit. As for Ball personally, the main contender for the Rookie of the Year after his injury decided not to waste time on the breakdown as he is consistently giving 6 assists per game and in the previous game (102-99 in Detroit) he scored 23 points on 3-of-5 long range shots and had 6 assists in only 2 losses. With his experience, LaMelo is sure to become one of the league’s best point guards unless something extraordinary happens.

Things haven’t been going well for the Bulls, and the team has been forced to do without Zach LaVine as of late. The Bulls’ leader has been in quarantine since mid-April and just returned to the Bulls’ lineup. Billy Donovan’ team is four wins behind the playoff zone, hardly a contender to make it there.

All the more reason to look to the future. And it’s not for the players and coaches, it’s for the board. The Bulls need a good point guard otherwise they can forget about any results. Right now the only guy in Chicago who can play the ball effectively is Tomas Satoransky. That’s not to say the Czech is the right player to play the role of the leading point guard for a team the Bulls want to become.

The Bulls win rarely, but when they face Charlotte, they win consistently. Billy Donovan is an inordinately more experienced coach than James Borrego, so there’s no surprise in that. Chicago can pick up their third game of the season. Charlotte are suffering from injuries, but they also had a day less rest after their trip to Detroit than Chicago, which played its last game at home against Philadelphia. Zach LaVine’s return will also be a big help for the Bulls. The prediction is a win for Chicago.