Charlotte vs Milwaukee Prediction: Nobody Believes in the Hornets 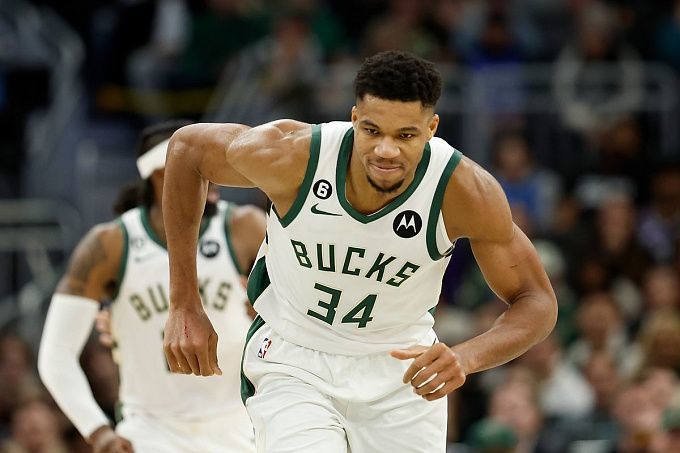 The Hornets have won three of their last four meetings with Milwaukee, but the bookmakers have little faith in Charlotte's success. The team's roster problems aren't going anywhere, and the Bucks, contenders for the championship, shouldn't have too many issues.

The Hornets won 3 of their last four games, and among those defeated were playoff contenders Philadelphia and Minnesota. It won't be easy to climb higher than 13th place in the Eastern Conference, and this season is more like a rebuild. LaMelo Ball and Gordon Hayward are injured, and Terry Rozier is hitting under 40% of his shots - not much more than that. But the club could also benefit from the current situation. Charlotte is slowly developing young front-line players; in the future, Jalen McDaniels and Nick Richards will be precious role players. Since Hayward's injury, Kai Jones has been in the rotation, and Kelly Oubre has become a full-fledged 2nd, if not 1st, option in the Hornets' offense.

Last regular season game, Steve Clifford's team defeated Washington at home 117-116. For a long time, they controlled the game and even went ahead by 19 points before the last quarter. In the 4th period, Charlotte nearly lost it, earning only 10 points and missing seven three-pointers. At the arc, the team defended well and didn't let their opponent turn around, and that probably helped avoid an embarrassment P.J. Washington, Kelly Oubre, and Terry Rozier each gained 20+ points, though none of them made half of their shots. Washington made five three-pointers, and the Hornets' other big men - Nick Richards and Mason Plumlee - were the most effective.

The Bucks are off to a brisk start, losing their lead to Boston and barely catching up with the Celtics. Season-ending injuries have plagued the 2021 NBA champions to their leaders: Jrue Holiday and Giannis Antetokounmpo missed several games. Chris Middleton only recently returned, and he may not make the floor against Charlotte since players are often given back-to-back days after injuries. As for the rest, the Bucks have no problems: they can do without MarJon Beauchamp, Joe Ingles, and Serge Ibaka.

Giannis, by the way, has earned 30+ points in 6 straight games, and Milwaukee has won 4 straight. More recently, the Bucks defeated Cleveland, Dallas, and New York one by one, but the Los Angeles Lakers fell short the day before - 129-133. Mike Budenholzer's team had little success on defense against Anthony Davis and plenty of problems. On offense, the team had no complaints - Giannis had 40 points, Jrue Holiday had six three-pointers, and was 2nd in scoring. Grayson Allen, Chris Middleton, and Brook Lopez had decent shooting from beyond the arc. The bench, as a whole, blew the game. Yes, Bobby Portis looked good, but Javon Carter, Wesley Matthews, and George Hill did not throw, although they played 40 minutes on the floor.

Milwaukee is still in good shape, and against the Lakers, the team fell just short of victory. Even without Middleton, the Bucks had their best start in history, and more importantly, the key players are healthy. The Hornets do not have the best defense in the paint, and dealing with Giannis will be incredibly difficult. Charlotte needs a stable offense right now, and even Rozier has lost a lot of ground.