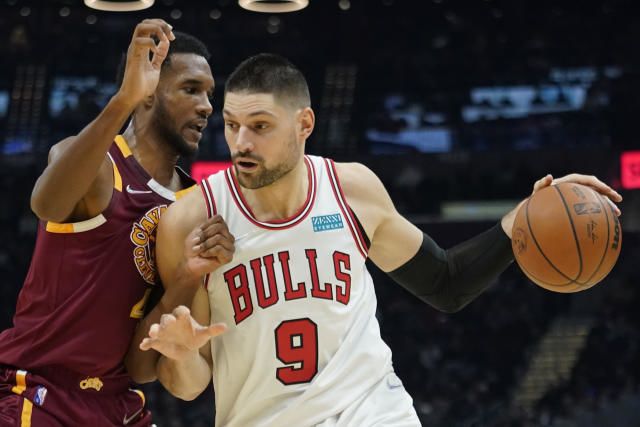 As we plunge towards the NBA Playoffs, things are looking only trickier from the betting perspective. The Postseason brings high intensity but to reach the Playoffs, you also need high intensity, and with the window to make a comeback collapsing, you are bound to see some teams pull off their adrenaline rush performances to pull off upsets. This is why predicting totals, and handicaps are becoming increasingly difficult. Anyway, let us slide into the game between the Chicago Bulls.

The Chicago Bulls have been playing a much better brand of basketball this season compared to the last one. The Bulls have won 40 and lost 26 games and the win in the last game versus the Pistons snapped a five-game losing streak. On the other hand, the Cleveland Cavaliers have seen a fall in their production recently. They do have 38 wins and 28 losses but they have lost four out of their last six games and their defense has weakened after Jarrett Allen has been ruled out indefinitely. Can the Cavs defeat the Bulls without Allen? To know my game total and result prediction, hop to “Expert Betting Tips”. For my player-based props prediction, jump to “Player Performance Prediction”.

The Bulls reached the second position in the East but a five-game losing streak made sure that they tumble down. To be honest, their schedule has been tough since mid-February and it will largely be tricky from here on as they will face quality teams after quality teams. On the other hand, the Cavaliers have been playing short-handed with both Caris LeVert and Jarrett Allen being out of the picture. The Cavs have lost seven out of their last ten games and with the rise of the Celtics, they have been taken over by them, slipping to sixth and the Raptors at the seventh position can be a dangerous team too. The team will play ten of their next sixteen games at home and can have a run in them.

Darius Garland has turned on the knob on the offensive end with his shooting and playmaking abilities and he will give Ayu Dosunmu a ton of trouble. Zach LaVine is questionable for the game and if he doesn’t play then DeMar DeRozan will have to unpack one of his 30+ points nights, but yes, the Cavaliers lack anyone who can match up to them at the wing position. Meanwhile, the Center battle between Nikola Vucevic and Evan Mobley will be interesting, while Mobley is athletic, Vucevic brings terrific rebonding and scoring. Lauri Markkanen gives the Cavs a shooting edge over the Bulls’ weakened Power Forward position. Bench-wise, Coby White brings depth to the guard position whereas Cedi Osman as a wing can be effective, but perhaps, the “X-Factor” here is Kevin Love. Overall, the Cavs have the advantage at PG position, Bulls at the wing position, and the Cavaliers are stronger in the middle but if DeRozan cooks up, watch out!

If these players are available, these are my player-based predictions:

Points Range: Defensively, there was a time when you could have said that the Cavaliers are leaps and bounds better than the Bulls but without Allen, their defense has weakened quite a bit. Offensively, the Chicago Bulls’ depth can take a hit without Zach LaVine but DeRozan can help the team compile a ton. The Bulls' offensive production is on average 6-10 points below what it was around mid-February. Meanwhile, the Cavs have had a severe lack of depth on offense all season long and they are not among the high-yielding offensive squads for sure. I believe the total points range here is 210-220.

Prediction: There is one area where I think the Cavaliers can harvest some edge and that is the big Forward position. The availability of Zach LaVine will play a huge role for the Bulls and if he does play, the Cavaliers can have trouble containing two isolation players. The Cavs will play the second game on the second night and the Bulls will be fresher but the current window has been rather unkind to them when it comes to +50% win teams. However, I see them seizing the momentum and garnering a 114:106 win.