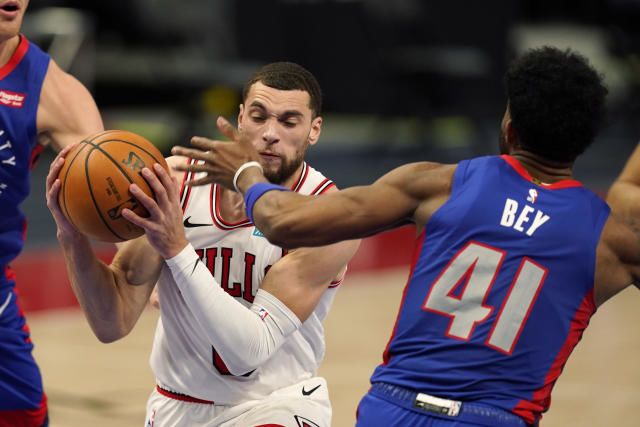 It has been a couple of tough days for me as a tipster and well, the more I bet, the more I learn, and the more I learn, the more I realize that a lot is left to learn and will never end. And well, you can lose quite a lot of bets based on a missed or made basket or you never know if a struggling team turns its tail up and gets a win against an elite unit. This is what the Detroit Pistons have done and despite their paltry 9 wins and 30 losses record, they have played their best basketball lately, winning four of their last six games, which is the first time that has happened for the team all season long. On the other hand, the Bulls return after getting their nine-game winning streak broken at the hands of a rising Dallas Mavericks and will hope that they get one going now against a vulnerable opponent. But hey, that vulnerable opponent has beaten two teams with terrific records and are looking much better these days. Can the Pistons continue bothering more opponents or will the Bulls wag their fingers and tell them who owns the East? For my game and total prediction, go to “Expert Betting Tips”.

Bulls offensive make-up: It is clear that the Bulls are a much better team than last season when they couldn’t even make the Play-in tournament. Off-season signing DeRozan is having the best season of his life(in my opinio), scoring 25+ regularly while LaVine has been a terrific scorer in the similar range for years now. When you also add Lonzo Ball to the team, you get high-quality perimeter shooting and all-around skills and with Vucevic in the middle, you have four top-notch offensive options. Coby White has also discovered his last season’s form off the bench and the Bulls have played an elite brand of basketball on the offensive end all season long which is why they have topped the Eastern Conference table. While the defense has a lot of scope to improve, I believe once Caruso is back, it will be fixed too. With Derrick Jones Jr, Ayu Dosunmu as complementary players to the aforementioned scoring core, the Bulls season has looked highly promising. Can this team make a deep Playoffs run considering it has two phenomenal late-game shot makers in DeRozan and LaVine. Although I do believe that Nikola can be a bit more efficient.

Pistons recent run: Pistons scored 126 in the last game’s win versus the Jazz and well, that is nowhere near the norm for the young talent of this team. Finally, Saddiq Bey, perhaps after the departure of Jerami Grant due to injury, has found his groove and not only he is hitting jumpers form outside but he is also discovering other ways to score, and for someone who was mostly scoring around 12, a 20+ points output every second or third night is indeed a big improvement. Cade Cunningham has helped the matters in terms of pushing the ball and making the ball movement smoother while Hamidou Diallo has been a sparkplug in the starting unit with his athleticism. Trey Lyles can score 12+ every now and then while Cory Joseph brings his veteran hops every night. Isaiah Stewart has some off nights but he is young and can develop into a rugged Center. However, it isn’t like I expect the Pistons team to win 5-6 in a row here. But winning even two in a row can help in developing more confidence in youngsters like Bey, Cunningham, Hayes, Stewart, Lee, and Diallo.

Points Range: Even though the elite defensive unit of Dallas showed Bulls that there are pitfalls of their iso-heavy style propelled by DeRozan and LaVine, restricting the team to below 100 which was a first since 23 November whenever the two stars have played together, the Bulls will get back to their old ways. Well, the season is long and the NBA breaks traditions every now and then, which brings us to the Pistons who have beaten the Bucks and the Jazz recently, both elite units. The Pistons have been playing some great team ball and there is no doubt that there is a lot of potential in this team. However, I don’t think the Bulls who have scored 120 or so continually will be restricted below 100 by Detroit. I think playing at home and against a so-so defense, they will go past 115 at least while I believe the young Detroit can get near 104. I think the total points range here is 220-230.

Prediction: Yeah, yeah, Detroit has won two in a row but so what! I have a strong doubt that they will win three in a row and especially against the Bulls but well, proving doubters wrong is what many teams do over the course of a long season but the young Pistons are unconvincing for me. I don’t see Chicago losing at home to Detroit and yes fatigue may start catching up as the mid-season closes in but the Bulls have too many weapons here. I think with Coby White also catching fire, the Bulls have become even more formidable than before on the offensive end. I see them winning with a scoreline of something like 117:105 here.