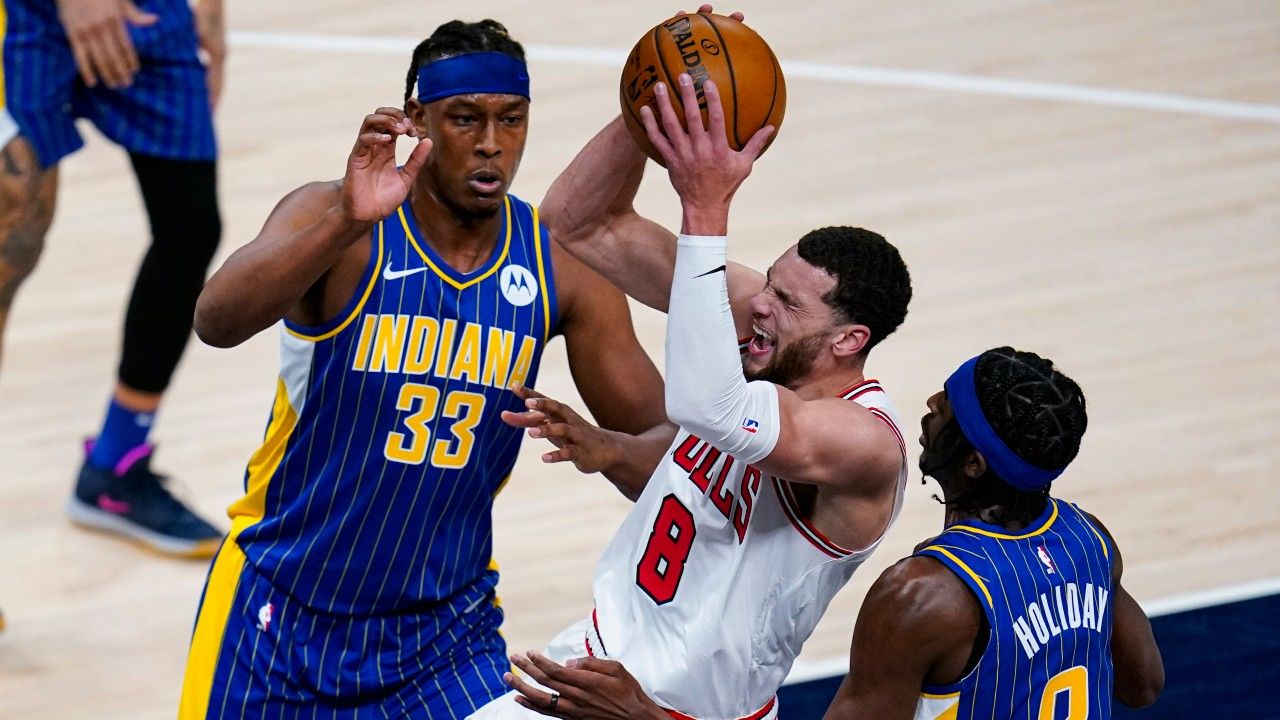 COVID-19 has derailed certain campaigns and has also brought huge changes to the betting pattern, as if the injuries alone are not making the job difficult! Still, till the league keeps on rolling, so will the writers and readers associated with it. In this game, the Chicago Bulls, fresh off numerous COVID-19 cases take on the Indiana Pacers who have not won many games even when they are healthy. The Bulls have nine more wins than losses; a record of 19-10. Meanwhile the Pacers have five more losses than wins; a record of 14-19. Can Pacers pull off one on road against a formidable Bulls team? Jump to “Notes” for a quick look. For game result and total prediction, hop over to “Expert Betting Tips”. To know team dynamics, keep reading.

Pacers scoring depth not enough: Pacers have a formidable lineup and I have said that all season long. Why? They have five players who can go past the 15 points mark together during many nights. LeVert, Brogdon, Duarte, Sabonis, and Turner all have scored 15 or more in most of their games this season. LeVert and Brogdon are superb iso scorers while Sabonis can pump in some post shots and Turner has developed his shooting along with an in-between inside game. The Pacers are among the elite closeout teams and lose momentum late in the game, something they did even last season. Their defense can hold them back but even then, the Pacers should have had a 18-15 record with their depth and offensive options. With TJ McConnell out of the frame, the team has also lost a bit of steam but even when they have been healthy, the Pacers have not won as many.

Bulls have great balance: Two players who can create offense at an All-Star clip, three shooters who can light it up from long-range, and a Center who has a lot of scoring moves, along with a bench that has shown its resistance from time to time. The Chicago Bulls have two 25+ point scorers in LaVine and DeRozan, and in my opinion, DeRozan has had a better season than LaVine and as a duo, they have been among the most successful ones this season. Both can score around 50, Vucevic and Ball can combine for around 35-45 points on multiple occasions while Coby White has shown 10+ points scoring ability off the bench. The team is missing Caruso, who brought defensive hustle and 9-15 points scoring chops, but if LaVine, DeRozan, Vucevic, and Ball are healthy, watch out, they can hit from outside, make drives, establish a post-up game and nail shots from tough angles to eke out 110 or so before you know.

Points Range: When DeRozan, Vucevic, and Ball have played recently, the two games have totaled more than 220 with Bulls scoring 115 or more in both of the games. The Pacers game can also go to the less range and there is a potential for 110 points or more nights from both the teams. Both teams have a ton of scoring options and the Bulls have scored more than the Pacers when both teams have been healthy. Pacers are defensively inconsistent and can allow 110 or more regularly while Bulls can outscore their opponents more than the Pacers. The Potential Points Range is 217-227 in my opinion.

Prediction: Bulls have fared better than the Pacers, they have more assurance, clarity, and team chemistry while the Pacers have had some disgruntled players who may believe they can thrive even further in a different system(As I Feel). The Pacers have terrific individual scorers but the team falters away in key moments. Bulls have usually capitalized during those important moments and that is what gives the edge. I think the Bulls can win this 117:107.