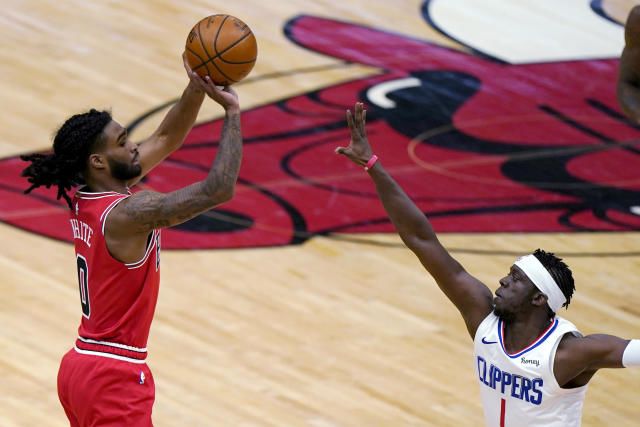 The NBA Playoffs are at our doorstep and we have been witnessing some weird results already with the teams blowing off big leads and some of the late entrants to the Playoffs making a lot of noise. In the Western Conference, Phoenix Suns have established their supremacy and they have been razing squads after squad. In the Eastern Conference, the Heat is in a fierce fight against the Bucks, 76ers, and the Celtics for the top slot. The Eastern fifth-ranked team is the Chicago Bulls, which will take on the LA Clippers.

Bulls can end up seizing the fifth spot

The theme has been common for the Bulls, DeRozan scores 30+ and they are winning 90% of the time. This is how the team pulled ahead of the stack earlier in the season when DeMar was decimating defenses and then he did so again before the team hit a cold wall recently. Thanks to a hot start to the season, the Bulls remain in the shot to clinch a top-five spot at least, and although it means that they will not have the home-court advantage in the first Round which can make matters tricky going up against potentially 76ers, Bucks, or Celtics. The Bulls have struggled on the road so they can find themselves in tough terrain in the Playoffs. They need to finish on a high here and at least get their wins on their home floor if anything.

The Clippers needed George so badly

With Reggie Jackson and Marcus Morris not hitting their shots consistently enough, the return of Paul George was only becoming urgent for the LA Clippers. He dropped 34 in the last game as the team overcame a 25 points deficit and put on a show late in the game. They are stationed at eighth place in the Western Conference and are most likely going to finish there despite losing a bunch of games. Even if George has returned, Reggie and Marcus will need to figure out their shooting woes. The play of Isaiah Hartenstein has been superb lately and he has been an all-around presence. However, starting Center Ivica Zubac has been struggling a bit again, which has meant more minutes for Hartenstein. Luke Kennard’s shooting has been a factor too while Robert Covington can see an uptick in his minutes if he continues to hit open jumpers while playing quality defense.

Assuming they are available, below are my player props predictions:

Points Range: The Bulls have been strong on the offensive end on their home floor, and can go past 110 on a consistent basis. Although the Clippers' offense has not been in the best flow recently the return of shot-creating maestro Paul George will fuel their effort without a doubt. Reggie Jackson and Marcus Morris will need to provide adequate support to Paul and I think a lineup of Jackson-Mann-George-Morris-Hartenstein or a lineup of Jackson-Mann-George-Morris-Covington in a small-ball scheme. Defensively, the Bulls have been not getting it done many times while the Clippers have also not been among even average defensive teams these days. I believe the total points range here is 220-230.

Prediction: Although the Clippers flipped the script and won in the last game, they will have their work cut out versus the Bulls, a team that is incredible at home. DeMar DeRozan and Paul George can have a shootout here but I believe Vucevic will come up big in the middle for the Bulls. On the other hand, I see Jackson and Morris as the key factors here and I do believe at least one of them will put their shooting woes here. Still, the Bulls look like a safer bet, winning 118:109 here.